One of the common themes for the Rangers since they drafted Kaapo Kakko is that they have one of the best prospect pools in the league. In the span of three months, they added Adam Fox, Kakko, and then had one of their strongest drafts in recent memory. But how much of this is hyperbole, hype, and excitement, and how much of it is based on actual fact, or at least as factual as we can get with prospects? 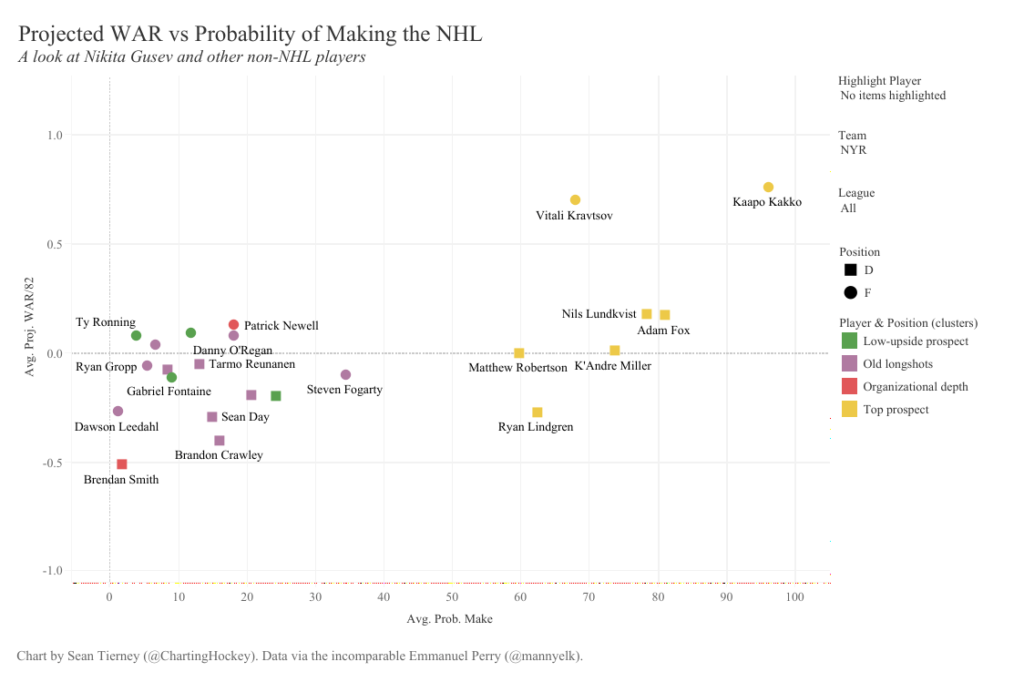 Using Sean Tierney’s prospect evaluator, we get a good look at the current state of the Rangers’ prospect pool. The usual suspects are there, but with a pair of surprises. Matthew Robertson, one of the Blueshirts’ second rounders this year, has separated himself from the pack in terms of probability to make the NHL. As has Ryan Lindgren, a prospect some –including myself– has been guilty of overlooking. A grain of salt here is required, since prospect development and rankings are volatile. Also worth noting is Lindgren falls a little under the 0.0 WAR/82 line, while Robertson is right on it.

Disclaimer: Players that have played in the NHL are not on this graphic. 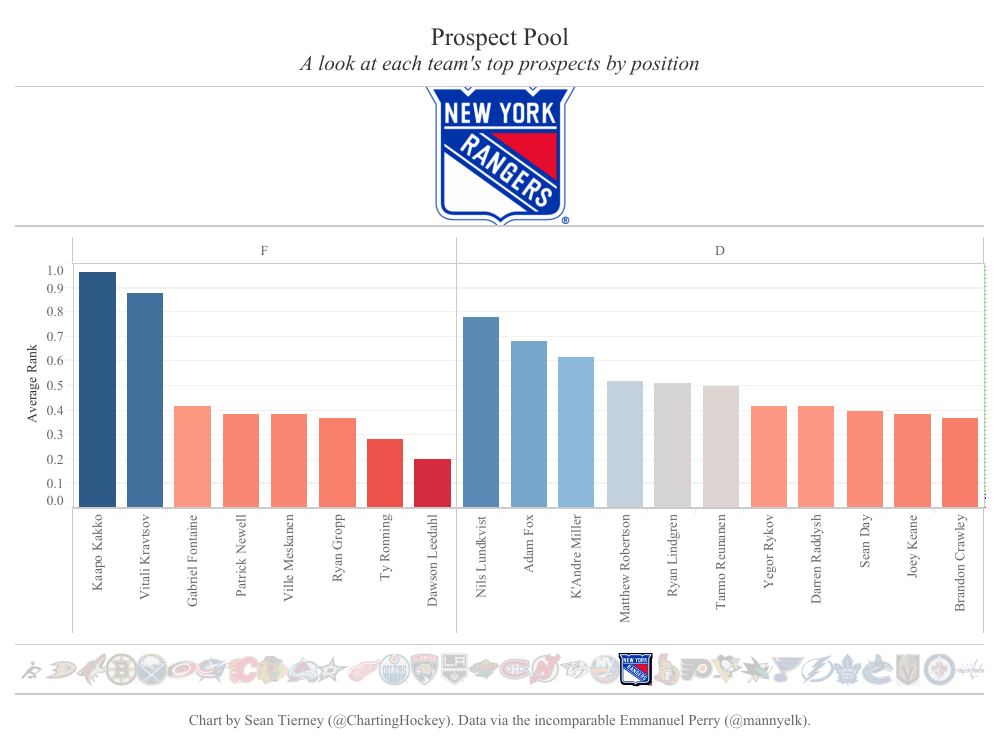 Another fun graphic to look at is how the Rangers’ prospect pool looks side by side. Clearly Kakko and Vitali Kravtsov are the headliners up front, but the Rangers are actually pretty thin outside of those two. Their blue line prospects are much deeper, with Nils Lundkvist, Fox, and K’Andre Miller leading the way. In addition to Robertson and Lindgren, don’t sleep on Tarmo Reunanen, who is getting his first pro season this year.

If you’re like me, then you also want to see how each player breaks down. Kravtsov and Kakko are pretty clearly made for the NHL, but some of the other guys that we’ve mentioned should be looked at further. I’m not going to go into each one, you can play around with the tool in the link above, but here are some of my notes: