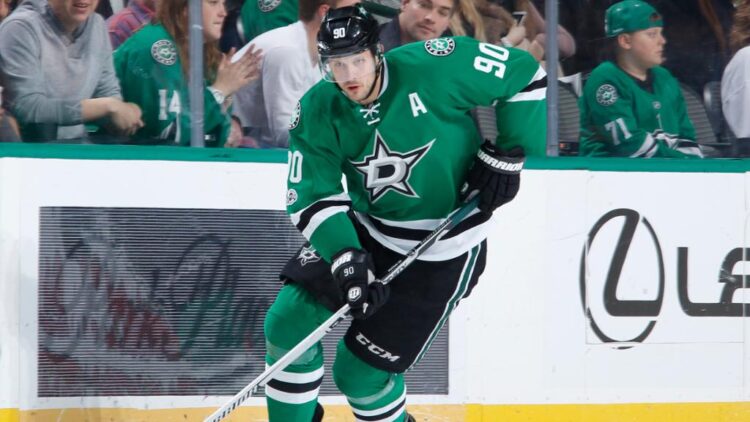 As we wait for the Rangers to retool the rest of the roster, we know that there is a clear hole at 2C. Mika Zibanejad is entrenched as the 1C. Filip Chytil may be the 2C of the future, but the 19-year-old hasn’t adjusted to the NHL game completely just yet. His flashes of brilliance are there, and he could very well be the 2C in the near future, but handing it to him now would be misguided. Lias Andersson probably slots in as the 3C in an ideal scenario, especially since the 20-year-old showed improvements in the latter half of the season. Brett Howden’s future is probably on the wing. So there’s a clear need.

The Rangers lack one of a 2nd or 3rd round pick in 2020 in the Adam Fox deal, and since the pick is unclear, they can’t use either for RFA compensation. That leaves the four 1st round pick compensation, which puts them in the running for someone like Brayden Point, but let’s be real. There hasn’t been an offer sheet since…Dustin Penner? Something like that. They aren’t going to happen. So the path is trade or UFA.

The Rangers would be looking for a guy that fits a few criteria:

Believe it or not, there are some decent options out there.

Spezza is unlikely to be re-signed by Dallas, as the Stars look to get younger from the 36 year old center. Spezza is not what he used to be, and that is painfully obvious. But he is also a guy that is has held locker room leadership positions before and is going to get a short term deal (Evolving Wild has him at basically 50% to get a one year deal around $2 million). That’s two of the three criteria right off the bat.

The concern is his ability to be a 2C. Spezza has declined rapidly since the 2015-2016 season where he put up 33 goals and 63 points. He cracked 50 points the following year, but hasn’t cracked 30 points or even 10 goals in each of the past two seasons. He hasn’t been atrocious away from the puck, sporting a 47.97 xGF%. There is also room to believe he can rebound, since his GF% was an even 42.00, well below his xGF%. That implies he was relatively unlucky while on the ice. The team shot just 5.68% with him on the ice, well below league average, so there is some weight to this argument.

If the Rangers are looking to get a short term center, Spezza is a solid option. Put him at pivot with Pavel Buchnevich and Vitali Kravtsov, and you may have something cooking for your second line.

Johansson probably is option #2 here, and he is a guy who can definitely fit the bill as a 2C in the short term. The NHL is a fickle beast, and a center that has been traded twice in three years usually comes with some kind of bad publicity. It’s completely silly, of course, but that’s how the NHL is nowadays. But that doesn’t take away from Johansson’s stats, putting up 12-15-27 in 48 games with the Devils this year before being traded to Boston. He also put up 11 points in the playoffs for the Bruins.

The concern with Johansson is his contract. EW’s contract predictor has him at about an 18% chance to sign a one year deal, which isn’t that high. He’s probably going to get one of those weird four year deals. The weird thing is that they have him projected as just a $1.6 million cap hit if he goes with the one-year deal but up to $3 million if he gets two years and $4.5 million if he signs for longer. If he doesn’t get one of those longer term deals, he might take a show-me deal with the Rangers. A guy who was traded away from a Stanley Cup winning team playing with a chip on his shoulder can benefit the Rangers.

It is worth noting, though, that Johansson on a three year deal puts him as eligible for the expansion draft. At 28 years old, three years and expansion draft fodder looks mighty appealing.

Filpulla is far and away the #3 on this list, well behind Spezza and Johansson. Don’t be fooled by his “sexy” numbers of 17-14-31 in 72 games with the Isles, he was a 44.46 xGF% with a whopping 60.71 GF%, so he got extremely lucky all season. Then again, every single Islander forward was propped up in some part due to exceptional goaltending.

I’m unsure how he is as a locker room leader, but at least he will be looking for a short-term deal and will come cheap. He’s also most likely to get a one year deal at around $1.5 million, and even his two-year deal projection is manageable at $3 million.

If it were me, I’d prefer Spezza on a one year deal over the other two. He represents a short term commitment without breaking the bank. Johansson’s expansion draft eligibility certainly has me intrigued though. However stay away from Filpulla.

Given the Rangers’ commitment to staying on short term deals, I’d still lean Spezza here. But then again Jeff Gorton has inception’d his way into the minds of other GMs. So maybe there’s a Shattenkirk for Draisaitl trade coming.