Report: Tanner Glass to join Rangers as a scout/adviser? 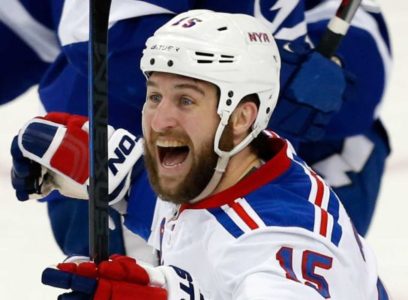 Per a French website, it looks like the Rangers have offered Tanner Glass a position in the front office.

It appears that the Rangers have offered Tanner Glass a front office position in a developmental role.https://t.co/PPpeQSmhh2

At age 35, he focused on his post-career career, where he was offered a position by the New York Rangers to accompany and develop the newly recruited recruits to the Draft and he will follow them until their the prestigious NHL! He will continue to travel the world to watch over his young prospects, and who knows, maybe he will stop by Bordeaux during a future trip to Europe?

Glass played in France last year, and this article is stating he is retiring from playing and will continue to be a scout. I know there are people saying front office, but this rough translation reads scout to me, not front office.

Or perhaps he’s one of the guys pegged by the Rangers to be the “advisers” John Davidson was mentioning. The description is a blend of scout and development, so my bet is that. This isn’t confirmed yet, though.