We are doing something different this year at BSB. Instead of doing 3-4 posts covering one group of players for report cards, we are going to go one player at a time. We can be less rushed and get into more detail with this approach, or at least in theory. Hopefully, you won’t get sick of it after 20 of them. The first up is the easiest report card of them all, and that is Mika Zibanejad.

Zibanejad had a career year for the Rangers. For the first time in his career, he was the full time 1C and given the minutes that came with such a role. He responded with a line of 30-44-74, all career highs, in 82 games. He was the first 30 goal scorer since Rick Nash and the first 70 point player since Marian Gaborik put up 41-35-76 in his final full season on Broadway. 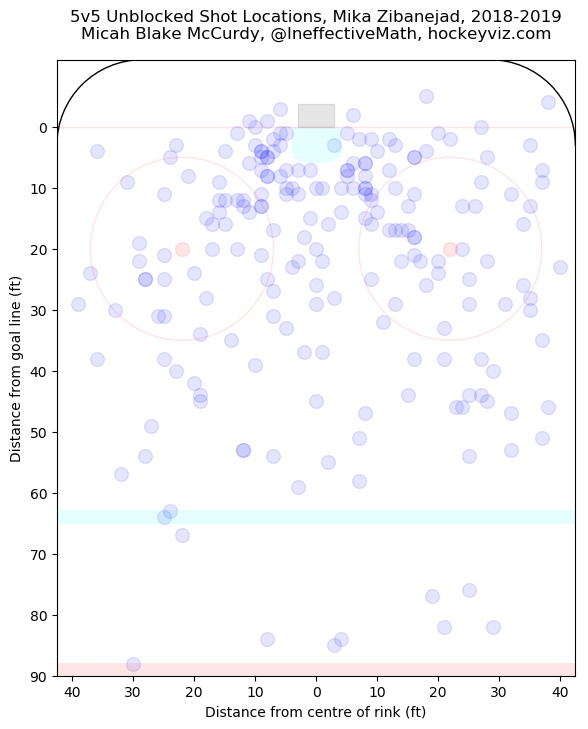 We all know about his point totals, but it was also his presence and ability to get his shots on net, both on the powerplay (below) and at even strength (above). Looking at the shot locations below, Zibanejad forced the defense to respect his shot from all over the ice. He also showed that he could get to the net for those higher percentage shots as well. On the powerplay, he found a home in the Ovechkin spot, and while he’s not Ovechkin, he still has a rocket, and it works. 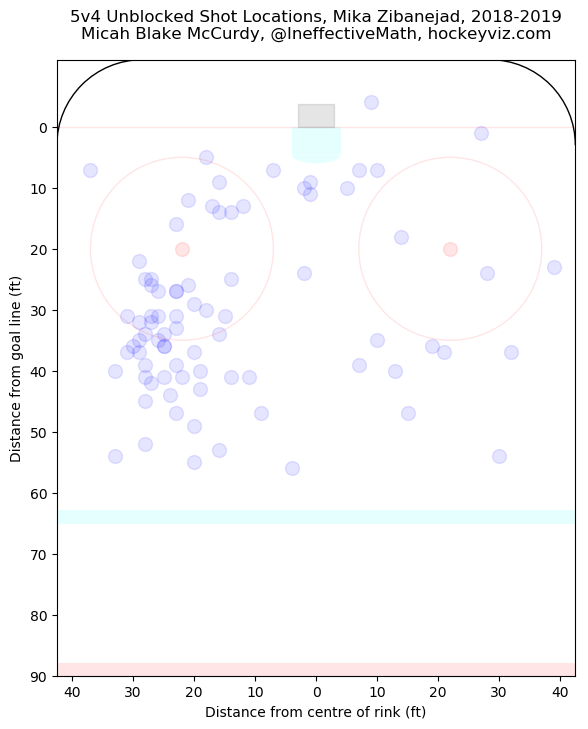 But it’s not just his offense. It’s his defensive presence, and this is where an under appreciated aspect of his game can be overlooked. Zibanejad was one of the lone bright spots on a team that was horrible defensively. Zibanejad was fourth on the team in xGA/60 (2.37), showing that he was good at not just limiting shot quantity, but shot quality. He was also fourth in relative xGA/60 (-0.39). When it comes to defensive effort, he was one of the lone bright spots.

We can also see that in the shot heatmaps with Zibanejad on and off the ice. Here’s what the Rangers look like without Zibanejad on the ice: 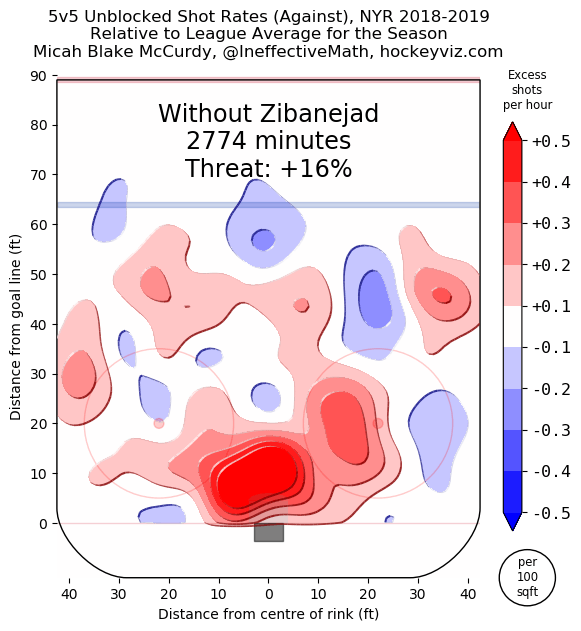 Red is bad, and the threat level goes up 16% from league average when he’s on the bench. There’s a solid amount of red in front of the net, which is somewhat expected for the team quality. The troubling part is the number of shots from the high slot and the right circle. Now compared to how the Rangers are when he’s on the ice. 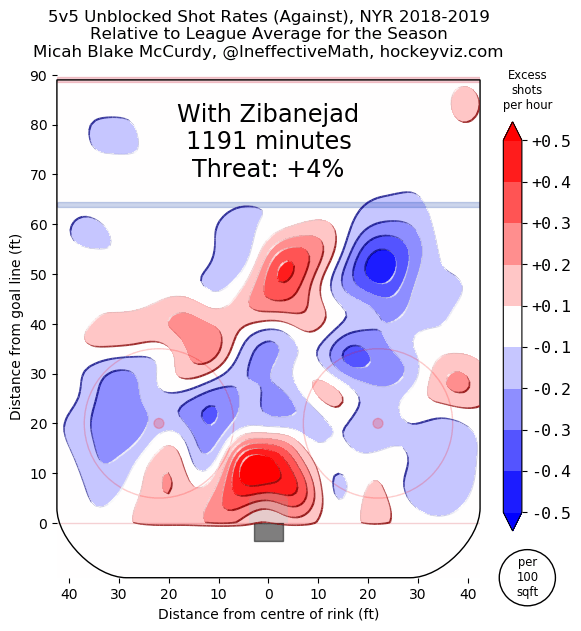 That giant red area in front of the net is significantly smaller. That red in the high slot is now blue, meaning the Rangers allow fewer shots when he’s on the ice. That right circle red spot is gone completely. Topping all this off, the threat level drops a whopping 12% to just 4% above league average.

It wasn’t just Zibanejad’s offensive performance that made him take that giant leap forward this year. It was his defensive results that also improved, making Zibanejad the complete package and the true 1C the Rangers have desperately needed. He’s also just 25 years old. The best is hopefully yet to come for the Swede.