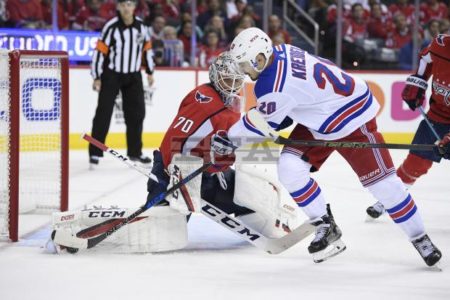 Continuing with the player grades, we move on to another third of the KZB line, Chris Kreider. Kreider started the year on a tear and was set to post career highsin basically all categories if he continued that pace. However he hit an extended slump and finished with a line of “just” 28-24-52. His 28 goals tied a career high, and his 24 assists and 52 points came one shy of prior highs.

Kreider is a beast on the ice, we know this. His rare combination of speed and strength is almost unmatched in the NHL. However he has quietly become one of the best net front presences in the league. He’s terrific at deflecting shots, and while he certainly has his fair share of deflection shots and goals, those don’t tell the whole story. I wish we had a tracker to show the number of goals the Rangers scored where Kreider may not have received a point, but was the key guy in front of the net screening the goalie, both at evens and on the powerplay. 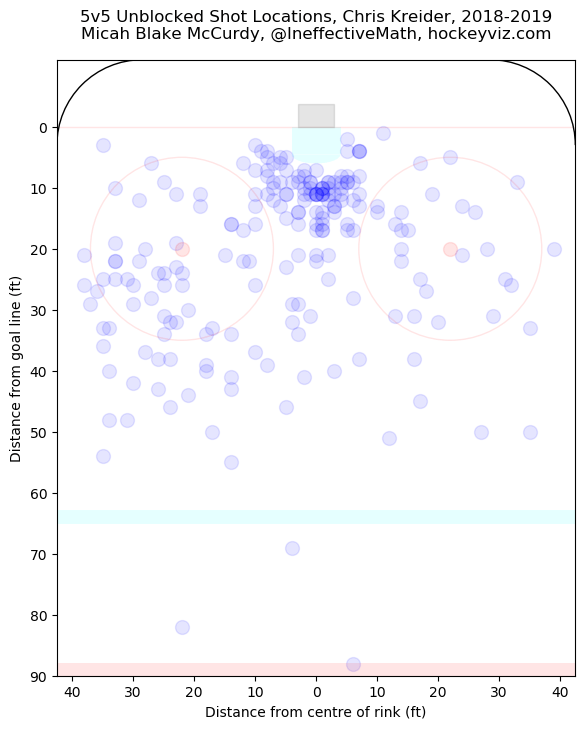 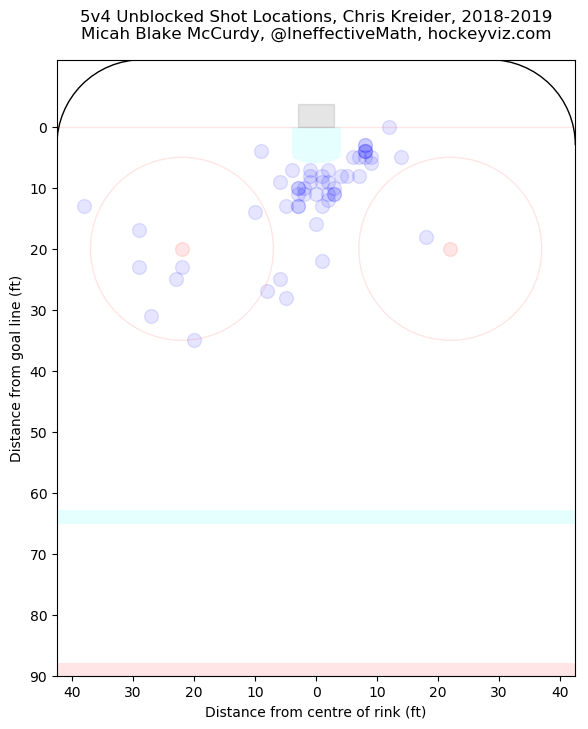 Just looking at both of these plots, the overwhelming majority of Kreider’s shots come from right in front of the net. He’s almost impossible to move once there, as his lower body strength is simply incredible, and it produces results.

Much like Zibanejad, Kreider’s game has become very well rounded. He’s seen time as the 1LW on the top powerplay unit and on the penalty kill. He was truly one of David Quinn’s most trusted players. His defensive results should look similar to that of Zibanejad’s because they played so much together. He was third in xGA/60 and relative xGA/60, which puts him slightly ahead of Zibanejad. Nothing wrong with some healthy friendly competition. We also see similar results in their shots allowed plots. 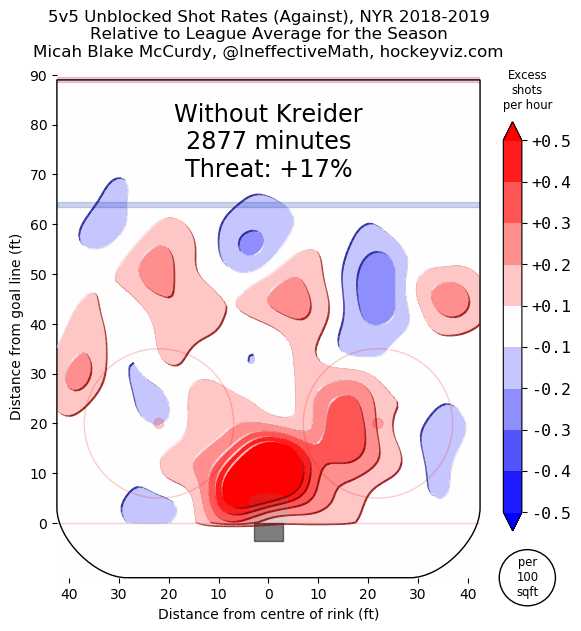 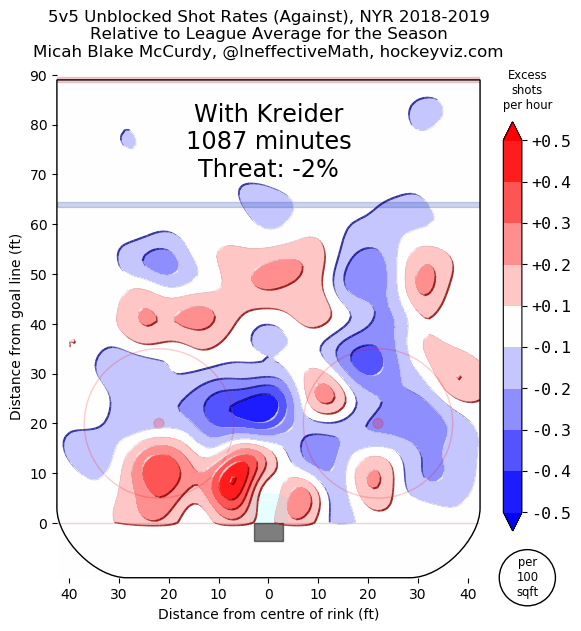 As you can see again, the Rangers simply allowed fewer quantity and quality shots with Kreider on the ice. Now a large part of this is because Kreider, like Zibanejad, played with high quality teammates. That’s not something that should be held against him (or Zibanejad, for that matter), though. The simplest coaching philosophy is to play your best players most often. Zibanejad and Kreider are the Rangers’ best players right now, so they play most often and get their ice time with the other top skaters on the Blueshirts. It is worth noting, though, that since they are the best players on the club, they also faced the best players on the opposition. They played with and against the best and they produced on a bad team.

Folks are going to be disappointed because Kreider still didn’t hit that magical 30 goal mark. But without him, the Rangers are a worse team. There’s a very vocal minority that wants to trade him too, which I find to be silly (unless it’s in the right deal). Kreider has shown consistent 25 goal, 50 point production with superb play away from the puck for several years, and this year was no different. There isn’t much else you can ask of him.