On Jimmy Vesey and his future with the Rangers 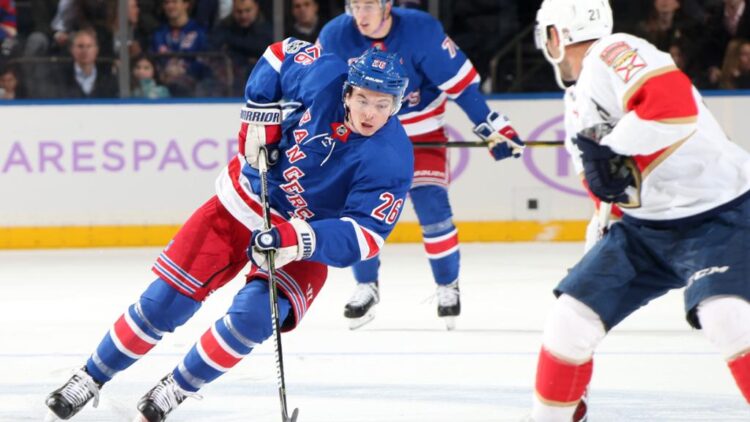 When the Rangers landed Jimmy Vesey as a free agent before the 2016-2017 season, it was overall viewed as a low risk, high reward move. After all, he only cost money, he had some good pedigree, and could slide into the bottom-six right away. At a quick glance, Vesey’s tenure with the Rangers has been relatively decent, with a line of 49-40-89 through 233 games. He’s rarely missed any games either, a usually under appreciated aspect of anyone’s game.

The biggest fans of Vesey point to his blue-collar style of play, his nose for the net, and his consistent 15+ goal seasons. This year was his best yet on the score sheet, setting career high in assists (18) and points (34), while being one goal off his current high (17). If you’re into plus/minus, which I am not, then you’ll also note that Vesey was a -31 in his first two seasons and is just a -3 this season.

The biggest detractors of Vesey will point to his possession and expected goal stats. Vesey has never been an advanced stats darling. His xGF% the past three seasons has been, in order, 44.06, 45.11, and 44.98. The issue isn’t with Vesey’s xGF either, it’s with his xGA, which has been a shade below a whopping 3.00 the past two seasons. That signals to us that Vesey has significant issues away from the puck. When you watch him coast around, the eye test matches the stats.

Compounding the concerns with Vesey are his age and current contract. Vesey is currently 25 years old –26 in May– and has another year left on his deal at $2.275 million, at which point he becomes an unrestricted free agent. It is not out of the realm of possibility that Vesey lands more than $3 million per year for his first major UFA deal.

It’s tough to gauge where the Rangers will be after next season because there are a lot of unknowns. Vesey’s future may be tied directly to the futures of Vlad Namestnikov, Ryan Strome, and Jesper Fast. All three are bottom six forwards, and all three come with their fair share of pros and cons. All three will likely be on the team next year as well.

Beyond next season, it’s really a crapshoot with those four. All four have some pretty rough numbers. When it comes to Evolving-Hockey’s Goals Above Replacement metric (GAR), the best player here is Fast at 0.8. Vesey sits at -3.0, better than only Strome at -3.8. However these are just single year samples on a really bad team, so this needs to be taken with a large grain of salt.

In the end, Vesey’s future is more than likely going to depend on a combination of things, including next year’s performance, how the next wave of rookies performs, how the current crop of rookies progress, how the other three players in this quartet perform, and what everyone’s contract demands are. His future, like so many others whose contracts expire at the end of next season, is up in the air.