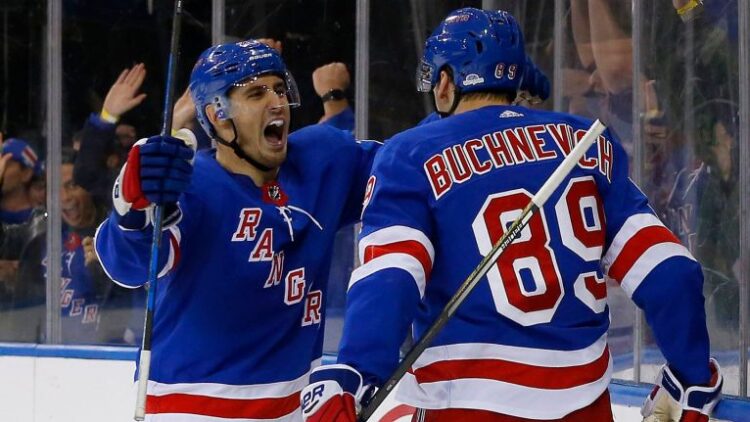 Elite talent matters. In a rebuild, getting elite talent takes a team to that next level of rebuilding to competing. Just look at what Connor McDavid did for the Oilers, or what Henrik Lundqvist did for the Rangers. Elite talent brings a team to the next level. But elite talent does not mean instant wins. Well built teams have secondary and tertiary scoring. It’s why role players are so critical to success.

Let’s flashback to the Rangers in 2012-2013. After recognizing a need for another elite level talent, the Blueshirts sacrificed their great depth to acquire Rick Nash to go alongside Marian Gaborik. The shortened season went up and down, and it was clear depth was an issue. Out went Gaborik, in came Derick Brassard and other pieces. Too little too late, and the Rangers were decimated by the Bruins.

Throughout those two seasons, the depth, or lack thereof, was apparent with one statement: Brian Boyle was the Rangers’ third line center. That is nothing against Boyle, an excellent depth player at that time. But when he is playing 14-15 minutes per night in a top-nine role, better teams are able to matchup and defend the true goal scoring talent. The Rangers needed him to be the fourth line center. Much like how Ruslan Fedotenko needed to be a fourth line winger, not a third line winger, as he was when he was with the Rangers.

Which brings me back to this rebuild and the current Rangers. If the truly elite talent is in the forms of Filip Chytil and Vitali Kravtsov, then the Rangers are still seven legitimate scoring forwards short of the depth to match that 2013-2014 team. It’s why having players like Pavel Buchnevich, who is still a 40-point player, is critical to long-term success for the Blueshirts. It’s why Lias Andersson turning into a top-nine forward –and not a potential top-six forward– isn’t the end of the world (not saying that is what we should expect, but he’s in no way a bust if it does. The kid is 20, let’s be patient).

Assuming, for a second, that the Rangers keep both Kreider and Mika Zibanejad, that gets them more than halfway to the nine legitimate scoring threats needed to compete. Using the Boyle/Fedotenko analogy here, we will know the Rangers are ready to compete when players like Jimmy Vesey and (don’t hate me) Brett Howden are on the fourth line. When that happens, it means the Rangers have so much talent in their top-nine that these two are forced to the fourth line. Remember how great that Boyle/Moore combo was? The fourth line wasn’t a demotion or a slight against them. Where else were they going to play?

And that’s what is being missed in this constant need to find elite talent. Depth needs to be there too, and is just as critical as that elite talent. True scoring depth forces players out of roles in which they may not fit. Remember that Jesper Fast was a fourth liner in 2014-2015 (admittedly reaching here since it was his rookie season), and not forced to play in the top-nine.

As we have progressed through this rebuild, the focus has been almost entirely on the defense and elite talent. But there are nuances to a rebuild that can’t be forgotten, and scoring depth is a critical aspect of this. Without depth, we run the risk of becoming the Oilers, wasting McDavid and his prime years. The good news for the Rangers is that they have some of the pieces in place already. There is a process.