Exploring Edmonton as a trade partner 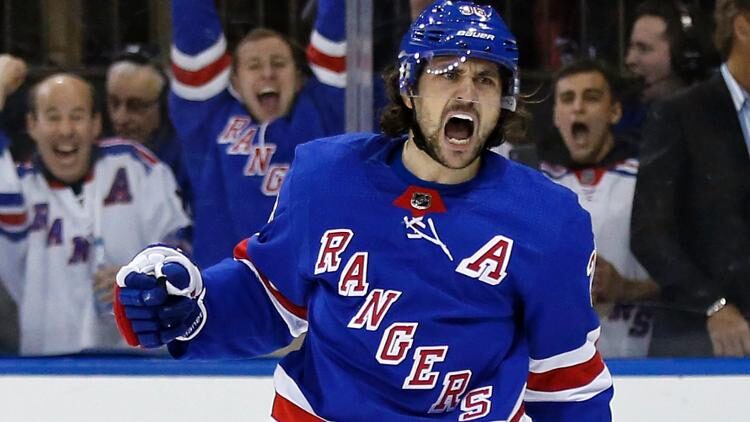 Before Peter Chiarelli was summarily canned this week, there were rumors abound that the Rangers and the Oilers were looking like they could be headed down the trade route at the deadline. There were rumblings that Chiarelli was going to get fired, so we held off a little on analyzing this deeper.

Prior to his dismissal, Chiarelli was the subject of many jokes, but for good reason. Good GMs call bad GMs regularly and make deals with them as often as possible. Chiarelli was a bad GM. Given what we know about the (lack of) succession plan in Edmonton, there is still good reason to target the Oilers. Whether it’s Keith Gretzky, GM by committee, or something else, we know that it’s still the “good ole hockey boys” and their antiquated thought process.

The Oilers are going to go for the playoffs, and you can’t blame them. They have the best player in the game and a wide open Western Conference. McDavid needs support players. The Oilers need forward depth and blue line help. Again, the Rangers have this in droves. These teams again make decent trading partners, even when not exchanging Ryans Spooner and Strome.

Mats Zuccarello is the name that comes up regularly with these two teams. But let’s be real, they could use Kevin Hayes, Jesper Fast, Chris Kreider, and basically anyone on this roster. The problem is the Oilers have bad contracts, thus have little flexibility to add cap space. The Rangers aren’t going to take back Kris Russell or Milan Lucic in any deal. The Blueshirts would be looking to potentially exploit the chaos in Edmonton for prospects and picks.

That said, we shouldn’t expect the Oilers to give away Jesse Puljujärvi, even though his name is coming up. Zuccarello won’t (shouldn’t? Can’t say “won’t” with the Oilers) fetch him straight up. All eyes are on this new regime, whomever it be, and the first big trade will be highly scrutinized.

Aside from the obvious draft picks, the Rangers would be targeting non-Puljujarvi prospects. Let’s assume there’s a sane GM at the helm, and Kailer Yamamoto (1st, 2017) and Evan Bouchard (1st, 2018) are off limits for a rental. A player under term, however, changes things.

Ostap Safin (2017, 4th) is another in the high ceiling group, and appears to be a poor-man’s Chris Kreider when it comes to his speed and strength. St. John’s is terrible this year, so his numbers are skewed. He has two major tools, but would need to put it together.

The rest of the Oilers’ system seems lacking, hence why they are in the bottom-third of the NHL in farm system strength. In a pure rental deal (Zuccarello) or for a lesser skilled player (Fast), I can see the Rangers getting a high non-first round pick and one of the second tier prospects.

But let’s get crazy for a second, and present the scenario where the Rangers take back multi-year salary. Lucic isn’t happening (neither is Spooner, due to CBA regulations), but the Rangers could, in theory, take back Kris Russell at 50% retained ($2 million cap hit for two more seasons). If they retain 50% on Zuccarello in this hypothetical, it gives the Oilers cap space to work with this year and the next two. Is that enough to pry a Benson or a McLeod away from the Oilers? Possibly.

Whereas the Rangers don’t have cap leverage with Colorado, they have it with Edmonton. Jeff Gorton has shown willingness to take on some salary to increase the return on a trade (Rick Nash trade). Here’s another opportunity to do it again.