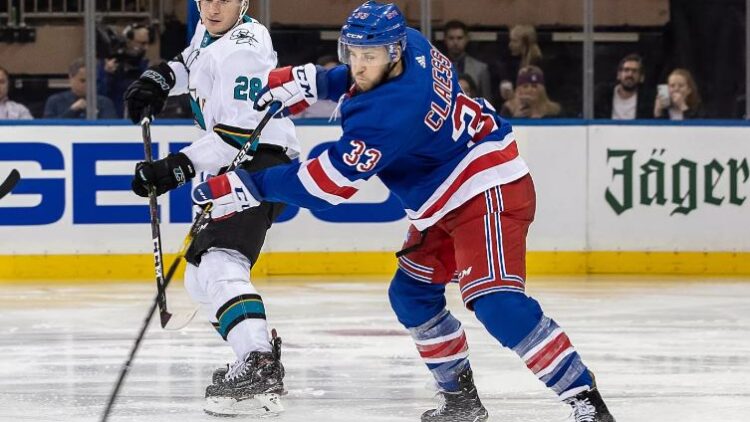 Three questions again for the mailbag. As always, use the widget on the right to submit your questions.

Stanley asks: Why is Staal still in the lineup? Why is Claesson, who I think is their best defenseman sitting so often? Is our defensive coach still calling the shots?

This is a loaded question. Let’s answer the last one first: Lindy Ruff is still calling the blue line shots, but the buck stops with David Quinn. The system is still Quinn’s, but Ruff is the one who is recommending the lineup decisions.

As for why Marc Staal is in the lineup, the Rangers need bodies to suit up regularly. He’s been marginally better than some of the other options lately. He’s certainly been better than Brendan Smith. The issue isn’t so much Staal in the lineup, it’s Staal and Neal Pionk, an incredibly ineffective pair, getting top pairing minutes. Reduce Staal to bottom pairing minutes, perhaps with Tony DeAngelo, as mentioned the other day.

To answer the last question, I don’t know why Fredrik Claesson doesn’t get a legitimate shot. All I can do is theorize. Maybe he punted Quinn’s dog?

Harry asks: What do you make of these Colorado rumors?

Any pipe dreams of landing Ottawa’s pick should be dismissed, though. Colorado isn’t dumb enough to trade that.

This was a much longer question that basically boiled down to this, so I trimmed it down. I post the game recaps that I get from the team, but other than that I don’t really watch the Pack.

I did reach out to Ricky Milliner, who follows and writes about the Pack. I had a bunch of questions, so when he responds to them, I will be posting them. Stay tuned!