Pack get 40 shots, but can’t solve Springfield in shutout loss 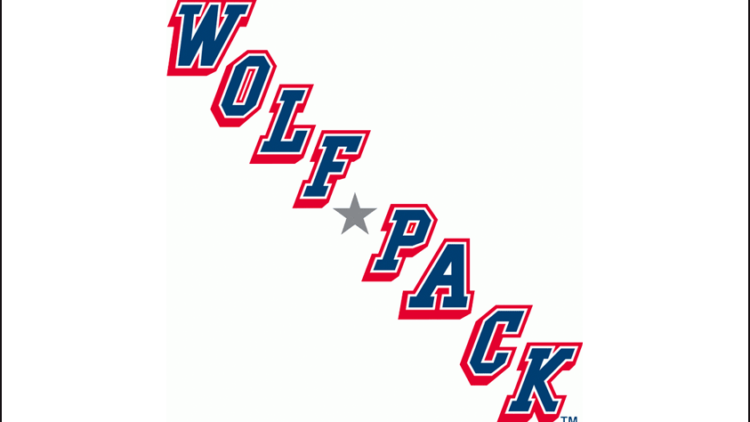 The Wolf Pack put 17 shots on net in the third period, attempting to battle back from a two-goal deficit, but were never able to solve Driedger, who was making only his tenth AHL appearance of the season.

“I thought that we created some scoring chances in the third period, but for me it was the first two periods,” Wolf Pack head coach Keith McCambridge said. “It was a game that was against a divisional opponent, that was right there for the taking to start, but I felt Springfield was better than us. They battled harder on loose pucks, they went to those areas of the ice that you’re going to score goals.”

After a scoreless first period, the Thunderbirds scored what would turn out to be the only goal they would need 1:12 into the second. Just 13 seconds after Peter Holland was penalized for hooking, Jacob MacDonald got Springfield on the board on the power play.

Harry Zolnierczyk sent a pass to MacDonald at the left point, and his shot went through a Paul Thompson screen and past Wolf Pack goaltender Alexandar Georgiev (32 saves).

Jake Horton then made it a 2-0 lead less than five minutes later, at 6:05, with his eighth goal of the season. Ludwig Bystrom dropped the puck to Jonathan Ang, and his long shot went off of Horton and underneath Georgiev, who appeared to inadvertently kick the puck into the net with his right skate.

That was it for the scoring until only 2:05 remained in the third period, when the Thunderbirds put the game away with an empty-net goal. After the puck went off of Wolf Pack defenseman John Gilmour’s stick at the left point, he recovered it in the neutral zone and put it to the middle of the ice. Thompson broke up the feed, and Tomas Jurco stepped ahead and flung the puck into the vacated cage.

The Wolf Pack are next in action Monday, in a holiday matinee at Providence. The Wolf Pack and Bruins face off at 3:05 PM, and all the action can be heard live on News Radio 1410 WPOP, and on-line at www.newsradio1410.com and iHeartRadio. Video streaming is available at theahl.com/AHLTV.

The next home game for the Wolf Pack is this Wednesday night, as the Thunderbirds return to the XL Center for a 7:00 PM contest. That is another chance to take advantage of the Wolf Pack’s “Click It or Ticket Family Value Pack”, which includes two tickets, two hot dogs and two sodas, all for just $40.