Is it time to send Brett Howden down? 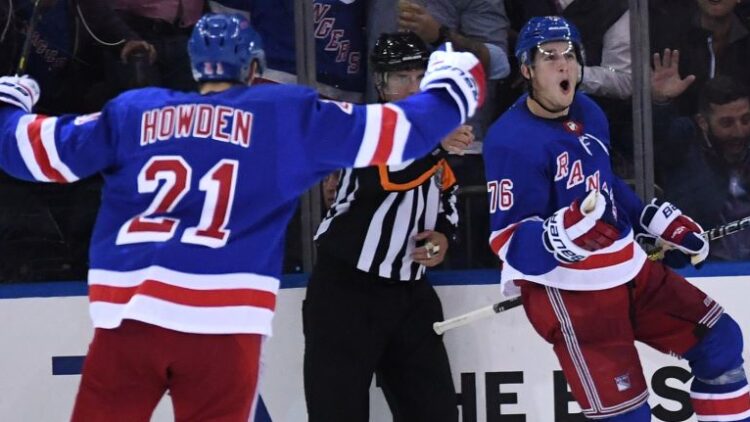 Brett Howden got off to a hot start this year, with four goals and nine assists through the first two months of the season. It was such a good start that many folks began forgetting about Filip Chytil and Lias Andersson, and looking to Howden to be the future top-six center.

But since December 1, Howden has recorded just two assists. That’s 21 games with no goals and just two points (it actually extends two games into November, making it two assists in 23 games, but December 1 was a nice arbitrary cutoff date). Suffice it to say, Howden is struggling.

Beyond the stat sheet, Howden has been absolutely atrocious in regards to possession and other metrics. Let’s look at some of Howden’s stats, compared to the rest of the forwards for the Blueshirts with at least 100 minutes played this season (16 total).

Howden, over the course of the season, is averaging out to be one of the worse possession forwards on the club, both in raw totals and comparatively to his teammates. Since he isn’t scoring, it isn’t something that can (or should) be ignored.

It looks like David Quinn has caught on too, as Howden’s ice time has take a huge hit the last three games (6:32, 9:28, 6:18). He’s been playing on the fourth line, anchored by scoring aficionado Cody McLeod.

Howden has certainly earned his fourth line ice time (we covered the Pavel Buchnevich ice time piece already, so let’s not re-hash that here). However there is only so much a player can improve when playing with someone like McLeod, who offers nothing in the offensive zone. Howden will need on-ice guidance to grow, and McLeod is not the player to provide that type of mentoring for Howden’s skill set.

Given Howden’s struggles and recent ice time, it makes you wonder if Howden might be best served playing top minutes in Hartford to work through his struggles. It’s not like things can get any worse for Howden, and perhaps finding some chemistry with Lias Andersson will help in the long run.

What we do know is that playing Howden an average of seven minutes a night isn’t going to do him any good. The kid needs playing time, and needs to work on his game. If the end-state goal is the development of the prospects in an environment that doesn’t stunt their growth, then the AHL might be the best bet for Howden. My bet is that it wouldn’t even be a long stint. There’s no harm in letting him gain confidence in February with Hartford, then come back after the deadline.