Why James Dolan’s comments are both concerning and promising 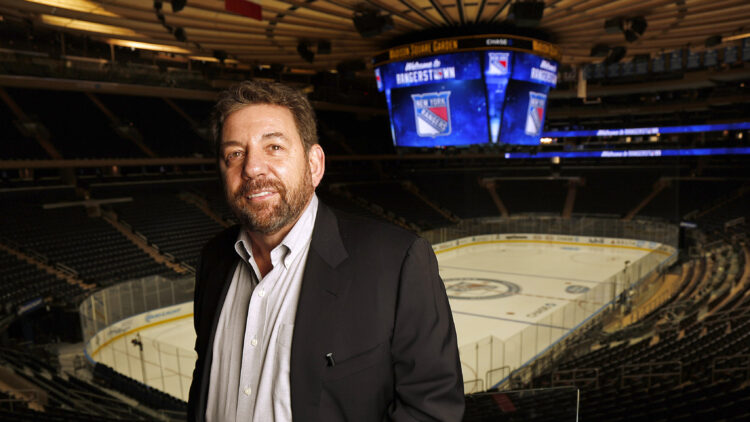 During yesterday’s practice, James Dolan made a surprise appearance to watch the Rangers on the ice and chat with reporters. Dolan very rarely sits to chat with the media, so when he does, people take notice. Colin Stephenson of Newsday got the good quotes, and there were certainly some interesting nuggets.

The word “interesting” is used loosely here, as the first quote out of Dolan’s mouth is that he believes the Rangers can compete, as any team with Henrik Lundqvist can compete. He doesn’t believe that any team should tank, because it presents a poor mindset for the players. There’s also the fans to consider, who pay money to see quality teams on the ice/court (he was also addressing questions about the Knicks).

Dolan also acknowledged that people want both teams to lose and tank for better picks. He specifically called out the Rangers as a team that he believes can make the playoffs and possibly win a round. Probably because of Henrik Lundqvist.

Focusing on the Blueshirts, because this is a Rangers blog and I honestly haven’t watched the Knicks since 2000, this presents a concern. Hockey is the ultimate team sport and one player cannot carry a team at all. We’ve seen time and time again, when generational talents arrive and they cannot do it themselves. Lundqvist. Connor McDavid. These are elite players that have flawed teams around them, and the teams suffer because they rely too much on the stars.

Yes, any team with Lundqvist in net can win, but they need to get there first. They need sustained offense and reliable defense. They need to be able to play a game without hanging Hank out to dry on a nightly basis. And if the rest of the league has shown us, they need an elite offensive talent –preferably more than one– in order to truly compete.

Finding that talent comes from the draft. The higher the picks, the better the odds. While the Rangers may have already found their first two elite talents in Filip Chytil and Vitali Kravtsov, they are both far from a sure thing. Meanwhile Jack Hughes and Kaapo Kakko, the sure fire 1-2 picks this year, are considered sure things. Add one of them to the prospect pool, and the rebuild goes from 3-4 years to 1-3 years.

The good news here is that while Dolan may present an outdated and flawed mindset in how to rebuild, he is showing that he will put the team first, before his bottom line. That’s a bit misleading, because Dolan is a multi-billionaire and even bad Knicks/Rangers teams make money. But hey, it’s something.

Dolan is by no means a perfect owner. His quest for competing teams has led both the Rangers and the Knicks down dark paths. He’s bought into the rebuild, at least on the surface. But as Rob said yesterday, the Rangers have yet to show us they are all-in on this rebuild.

Mr. Dolan, there are no half measures.