How to Lose Games and Alienate Fans 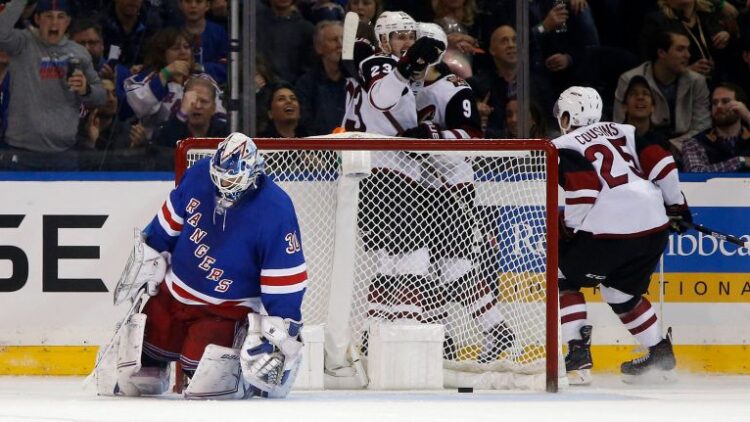 The Rangers are bad. They’re also bad at being bad too though, which presents a particular problem, because we’re knee-deep in a rebuild and judging by the mood around Rangerstown, most people are not having a good time. Although certainly it would not be fun if they lost, let’s say, 3/4s of their remaining games and rocketed up the draft lottery rankings, it would be much less fun if they didn’t, and instead hovered just out of playoff position but more-or-less at .500 for the next decade plus. We’ve got some good players to build around, a GM smart enough (I think, and let’s hope) to make the right trades, and New York City remains an attractive destination for free agents.

What’s apparent, as has been belabored by people across the ideological spectrum, and something I’ll concede with certain caveats, is that in order to really be a contender we need an elite, all-league talent (my thing is that the Rangers were never lacking in that talent over the Henrik Lundqvist years, that it doesn’t need to be a skater, and that sometimes you just never make it over the hump, or sometimes you do but it takes a while). Someone like Jack Hughes would certainly fit the bill, except we’re in a bit of a pickle there.

Because here are some facts:

You might find yourself asking how we get worse, and that’s where the Rangers need to get shifty. Those teams that are still worse than us? Well, we’ve got to start Georgiev against them, and even then that’s only 11 out of our remaining games. That means he’d have to lose every single one of them to gain a broad net advantage over those teams. We’d still have some work to do, not to mention how totally demoralizing that would be for a young goalie, and just the sheer improbability of that actually going down.

Carolina, Edmonton, and Minnesota all have 41 points in the standings as well, and we play those teams a total of 6 times in our remaining schedule, so let’s start Georgiev for those ones too to prevent Hank from stealing games and having those teams jump our Blueshirts in the standings as well. Vancouver and Anaheim could also be threats too, sitting just beyond those three teams with 44 and 45 points respectively. Beyond that, we’re also playing plenty of teams that are actually good, so losing those games would be advantageous as well. Pulling off upsets would be great, but the most important aspect, in my humble opinion, is getting a top draft pick.

What about the actual game itself, aside from the starting netminder? There’s two strategic postures here that compliment each other fairly well actually, both of which would benefit the team in the short and long term. The first one is playing the kids, even and especially if they’re struggling. That means Howden and Andersson both need significant minutes with good linemates to improve their games, despite their bad relative xGF%s and relative CF%s (Chytil is doing really well, to no one’s surprise). It’s incumbent upon Gorton and Quinn to make sure these guys develop as well as possible, and although there’s a certain difficulty in playing big minutes and constantly losing, that’s sort of the corner we’ve painted ourselves into. That’d be on the coach, GM, and support staff to keep spirits high, but the actual practicality of playing these kids in the hopes of that they’ll grow but also not hit 30 goals (looking at you, Christopher James Kreider).

The next big tactical shift the coaching staff could make also involves playing veteran guys who are struggling, because primarily it would help us lose games, but it would also help showcase them for potential trades. That can surely backfire if they suddenly get out of their respective funks, but you’re sure to get enough decent plays to reference in trade negotiations, and given the game of guys like Mats Zuccarello, Brendan Smith, or even Jimmy Vesey (all have negative rel xGF%s, which is the really big way to plummet and something the Rangers need more of) it’ll be enough to make the team worse while making our trade chips look better.

There is of course a weird contradiction here, but my bet is these guys would play poorly, look good enough to be appealing on the trade market, and still help us lose if we gave them even bigger minutes. Everybody knows Hayes and Kreider are having massive years, but we need other guys to at the very least look good even if they’re playing badly. This is perhaps the weirdest and trickiest move to pull off correctly, but if Quinn is astute in the way he deploys his players, it could pay off.

Look, one way or another it’s going to be tough. We need to drop a literal ton of points (ok, maybe not a literal ton) in order to get high up enough in the draft to nab a true bluechip prospect who could end this rebuild sooner rather than later, because again, if you think this season is crappy imagine doing it for a decade like the Carolina Hurricanes have been. Let’s rip off the bandaid, really play like garbage for a year, and then turn things around ASAP.

That’s going to mean Georgiev getting hung out to dry, that’s going to mean players underperforming getting big minutes, whether they be developmental or with the purpose of facilitating trades, and that’s going to mean yes, low morale. But low morale that sets in over a long period of time is much tougher to combat than 41 games’ worth of absolute garbage, and that’s something we all need to recognize. I’ve written before about how it’s weird being in a rebuild because you always want your team to win, but as of right now we’ve had our fun. It’s time to floor it on the tank.