A rant on needing to be right 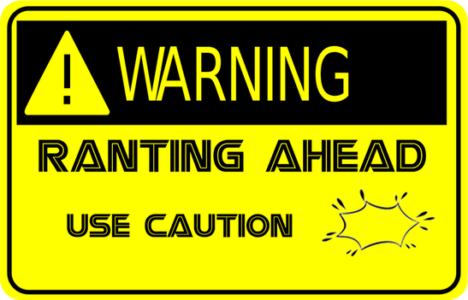 The Rangers are in a rebuild. It’s unlikely they are going to be competitive for quite some time. The rebuild itself probably came one year too late, as there is a valid argument for needing to tear it down before the 2016-2017 season. There is also a counterpoint for reloading the way the club did, as they were a few bad coaching decisions away from the Eastern Conference Final. But that’s neither here nor there.

The 2016 team was flawed, and was really the beginning of the end of the Rangers as we knew them. We saw the flaws, and they were thoroughly exploited and steamrolled by the Penguins in the playoffs. Again the “I told you so” people were out in full storm. We knew the team was good, but there was again a small subsect of people that were actively rooting against the team to say I told you so. These people aren’t just the Hank Truthers either.

Rinse and repeat for 2017, which was one of those lucky draw in the playoff years. I myself would have been on board for a tear down, even in a 102 point season, because that team was deeply flawed. But not at the expense of rooting against the team to do well. It is ok to fall in the grey area of wanting them to win but also wanting them to realize they are flawed and tear it down.

The Blueshirts finally tore it down in 2018, and the I TOLD YOU SO folks were out in full force, but this time saying they should have done it the year before. Again, there is a valid argument to that logic. However actively hoping for a tear down while the team is putting up a 102 point season and a good draw in the playoffs? Come on.

I guess my point here is that it seems some folks are happier when they are right, even when the team they supposedly love is losing. I don’ quite get how that makes sense. It shows up a lot more this season, as folks actively root for the team to lose so they can get a better shot at the top two picks in the draft.

Would losing help their chances at a quicker turnaround? Absolutely. There is no doubt there. But this is setting ourselves up for another I TOLD YOU SO if the Rangers don’t get a top-two pick and then don’t win a Cup after they start competing. Or worse, don’t even begin competing because they couldn’t turn it around. I am not looking forward to the I TOLD YOU SO group ranting and raving about the 2018-2019 season and how the 9-1-1 run killed their entire rebuild. I’ll have bigger things to worry about, like, you know, life.