The Tension of a Rebuild, Or: In Defense of Winning 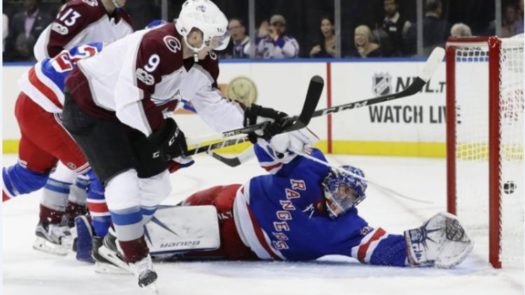 Some days are difficult, whatever that might mean for you.  We might have too much going on in our lives, innumerable stressors that make it difficult to see the bright side of things or find a reason to smile. Especially this time of year, as the holiday season ramps up and we find ourselves coping with the dreary nights that accompany the change in season, things can be harder than they have to be. Some days, to put it simply, we need hockey.

The Rangers were ready and able to fulfill that need for the better part of the last decade. Night in and night out, Henrik Lundqvist led the Blueshirts onto the ice and gave them a chance to win, with the team in front of him for the most part matching his drive and intensity. For roughly ten years the Rangers were able to deliver triumph after triumph, coming within one game of the Presidents’ Trophy in 2012 and hitting that mark in 2014.

Obviously, we know that this isn’t the most probable scenario for the next couple of years. Given the decline of the 2010’s Rangers, the rebuild that we find ourselves knee-deep in, and the overarching imperative of getting high draft picks, making the right trades, and landing prized free agents looming large over the short-term serotonin rush of winning in the here and now. Still, we’ve had a decent taste of that winning flavor this past month and change, although it’s begun to sour again.

This is totally expected by anyone with a decent eye for hockey, but it’s caused something vaguely schismatic to occur in the Rangers community. We know and want the Rangers to succeed long term, but we also know deep down that hockey is more than just a game. On those hard days throughout the long winter, a Rangers’ win satisfies like almost nothing else. It’s tough then to reconcile the two mindsets, and creates a tension.

This tension probably can’t be resolved, but it’s still worthwhile to identify and name it, to be upfront about what’s going on in our collective conscience, and to cool off the temper that flares when somebody “just doesn’t get it.” We can all walk and chew gum, and even though we might want to only do one or the other, harboring two mindsets is no less wise that any other perspective.

What’s tough is that on the days that just beg for that old-timey win song and the stick salute at center-ice, other people may not require such a lift. Things don’t always line up neatly, and we inevitably will find ourselves in different headspaces than others depending on the evening. Friction is somewhat unavoidable, but I will say this: I hope whenever you need it, these Rangers deliver for you.