Kevin Shattenkirk and the real life case of being a Monet 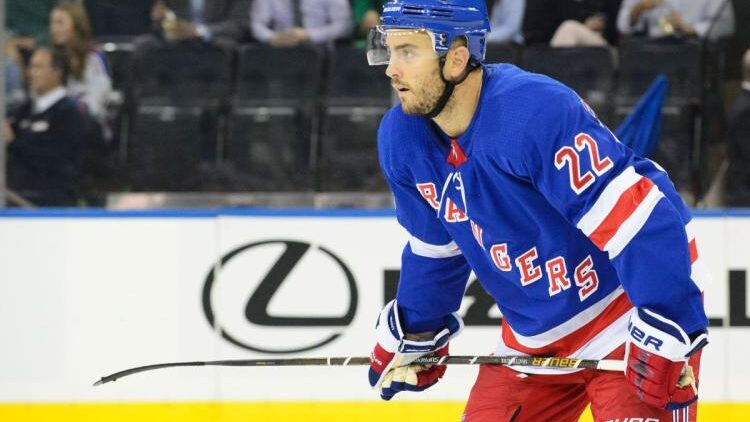 As more and more focus comes to the blue line, the conversation inevitably shifts from those being scratched and those who fans believe should be scratched, to those that seem to be skirting under the radar. For the Rangers, there is only one player that hasn’t really been talked about in quite some time, and that is Kevin Shattenkirk.

Shattenkirk is not immune to being a healthy scratch, he made headlines when he was a healthy scratch within the first two weeks of the season. But Shatty has flown under the radar since then. The common narrative is that Shatty puts up points, drives possession, and is otherwise the best Rangers defenseman. It’s certainly something I subscribe to.

However this year Shatty is not scoring. His 1-7-8 line thus far this year isn’t cutting it. It’s easy to point to the fact that he’s not on PP1 anymore, but there’s also a reason why he’s not on PP1 anymore. That reason isn’t something we know for sure, but he started the season there, and now he isn’t. So the lack of scoring being tied to lack of PP time is justified, but also earned.

Since the argument is that Shatty drives offense, even if it doesn’t necessarily show up on the scoresheet, let’s look at how Shatty’s peripheral stats are.

First things first, Shatty drives shots. We know this. Over the course of the season, he’s the only Rangers defenseman above the median “good” line. Since Shatty plays first pairing minutes, the next logical step is to see which teammates he’s on the ice with, and who he’s matched up against.

If I’m reading this right, and assuming that the more minutes played means the higher quality of teammate/opponent, then Shatty generally doesn’t get the best teammates, at least in terms of TOI. Only two defensemen (McQuaid, Claesson) get weaker forwards. None get worse defensemen. Again, in terms of ice time.

As for opposition quality, Shattenkirk again doesn’t necessarily face the best quality forwards, as McQuaid and Claesson are again the only two who face weaker forwards. Claesson is the only player who faces weaker defense competition as well. One last time, this is based on ice time.

So on one hand, we have Shatty as the top offensive driver on the blue line, in terms of shot attempts on the ice. He does this with less than quality teammates. When you consider some of the defensemen the Rangers trot out there, it’s a feat. That said, he doesn’t face the best competition. He’s also getting mostly offensive zone starts, for what it’s worth.

Raw shot totals aren’t really the best barometer for measuring a player nowadays. CF% is giving way to SCF% and xGF%. This makes sense, of course. You want to have a measure of quality in your analysis, and SCF% and xGF% give you that.

In terms of season totals, Shatty is actually third among NYR defensemen in xGF% at 51.21 (Claesson, and believe it or not, McQuaid). When looking at his fellow NYR defensemen, Shatty is 2nd in relative xGF% at 3.33 (Claesson). Shatty is also third in SCF% (49.84). Again third to both Claesson and McQuaid. Interesting, but Shatty is still top-three on the team when you start adding quality to the mix. You can also assume that he will be tops in these categories once the season plays out in full.

One last aspect I want to look at is game-by-game analysis. I can’t find a game-by-game review of Shatty’s SCF%, but I can for xGF%. Without listing them all, Shatty had a negative relative xGF% in 13 games thus far, and only 11 have a positive relative xGF%. That leads me to believe that Shatty’s good games are significantly pulling up his worse games, as he’s only a net positive –comparatively to his teammates– a little less than half the time. For non-relative xGF%, he’s below 50% xGF% in 15 of 24 games. Of his nine above 50%, seven are above 70%, so his good games are great.

What does all this mean? To me, it means that when Shatty is on, he’s one of the best defensemen in the league. However he’s been wildly inconsistent, with more bad games than good. His great games are holding up his season-long numbers, while his game-by-game is a little rough to look at. Hopefully this balances out by the end of the year.

Visuals from hockeyviz.com. SCF% stats per corsica.hockey. All other stats from offsidereview.com.