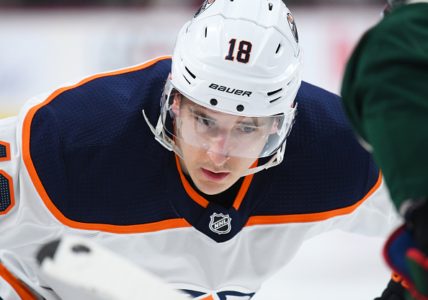 The Rangers made their first trade of the season yesterday, but it wasn’t a firesale trade. It was a swap of Ryan’s, as Spooner went to Edmonton, and Strome came to New York. The Rangers also ate $900,000 of Spooner’s salary this year and next, making the cap hits match.

1. Spooner got off to a terrible start this season, a far cry from his solid end of last season. In 16 games, Spooner had just a goal and an assist. He bounced around the lineup, getting minutes on every line and on the powerplay. Nothing seemed to click. He was a healthy scratch for the last three games, and the Rangers found a home for him. I don’t think, like some others out there, that the Rangers were turning down offers for him when he was an RFA.

2. There were rumblings that Boston had been trying to move Spooner for a while, and finally found someone to take him when the Rangers sent Rick Nash to the Bruins (which kind of proves the last sentence of point #1). Can’t fault the Rangers for wanting to see what a 25 year old who averaged a 50-point pace can do in New York. There’s no fault in signing him to a relatively cheap deal in the offseason either. It didn’t work out, they found a trading partner. Such is hockey. You don’t bat 1.000 on every transaction. In the grand scheme of things, this is a blip on the radar.

3. As for Strome, he was a former 5th overall pick in 2011 (fun activity: go see who the Isles passed on in 2015 to take Strome). He’s 25 now, so there isn’t much untapped potential left in him. He has similar counting stats, similar puck possession stats, and similar struggles to Spooner. So this is basically a swap of Ryan’s.

4. Strome isn’t going to magically find 5th overall skill and put up a point per game, so let’s wipe that out of everyone’s minds. He will be a bottom six player. He may sent Cody McLeod to the pressbox, he may not. He will be a healthy scratch sometimes. He may make a ridiculously good play in a flash and make us all go “wow.” But that’s really it.

5. The salary bit was a little disappointing, but again nothing to write home about. The Rangers can only retain salary in two more deals through the end of next season, and that’s the only real handcuff here. There aren’t that many players that the Rangers can realistically trade that would require retained in that time period anyway. It’s a bit of a handcuff, but nothing overly crazy. Again, I don’t think this trade moves the needle in any way whatsoever.