The Rangers went to Buffalo looking to get their first win of the season, but instead got a healthy dose of Conor Sheary and the revamped Buffalo forwards. The perennial bottom feeders looked pretty good last night, and a great performance from Carter Hutton certainly swung the pendulum in the Sabres’ favor.

As a whole, the Rangers didn’t play poorly. They had a few gaffes, neither at even strength, and they wound up in the back of their net. It happens. It’s all about the process this year. The gaffes were gaffes, but aside from that they played a pretty tight game. 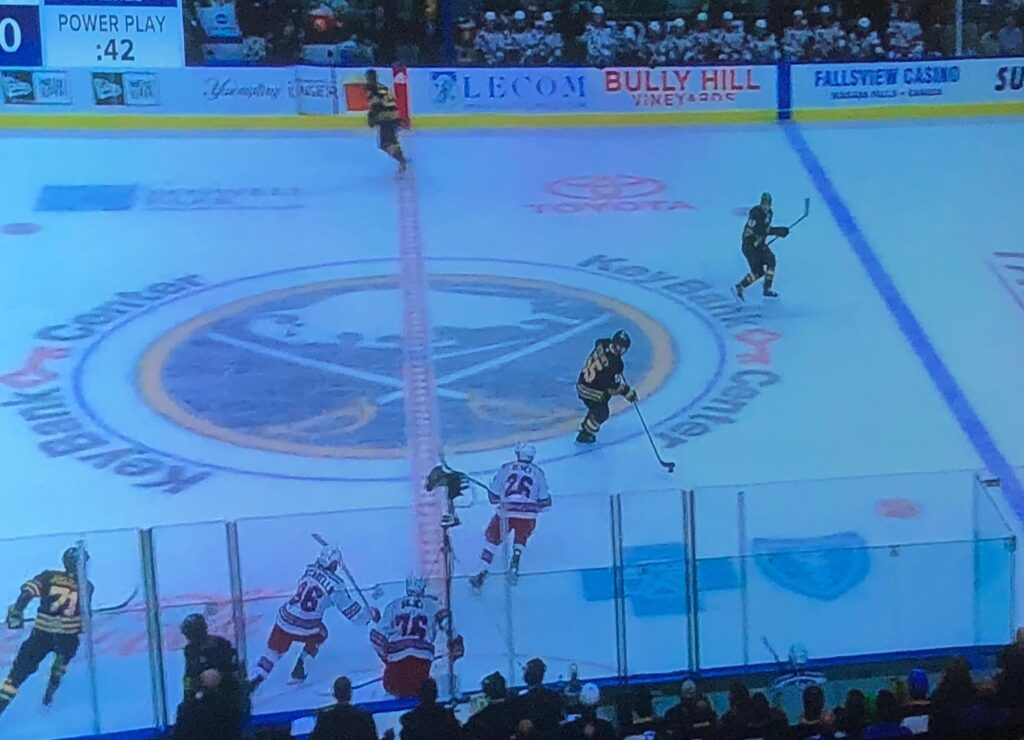 Jimmy Vesey and Brady Skjei combine for the turnover along the boards, which immediately springs a 2-on-1. This time around, the 2-on-1 wound up in the Rangers’ net. It was a very well placed shot by Conor Sheary. 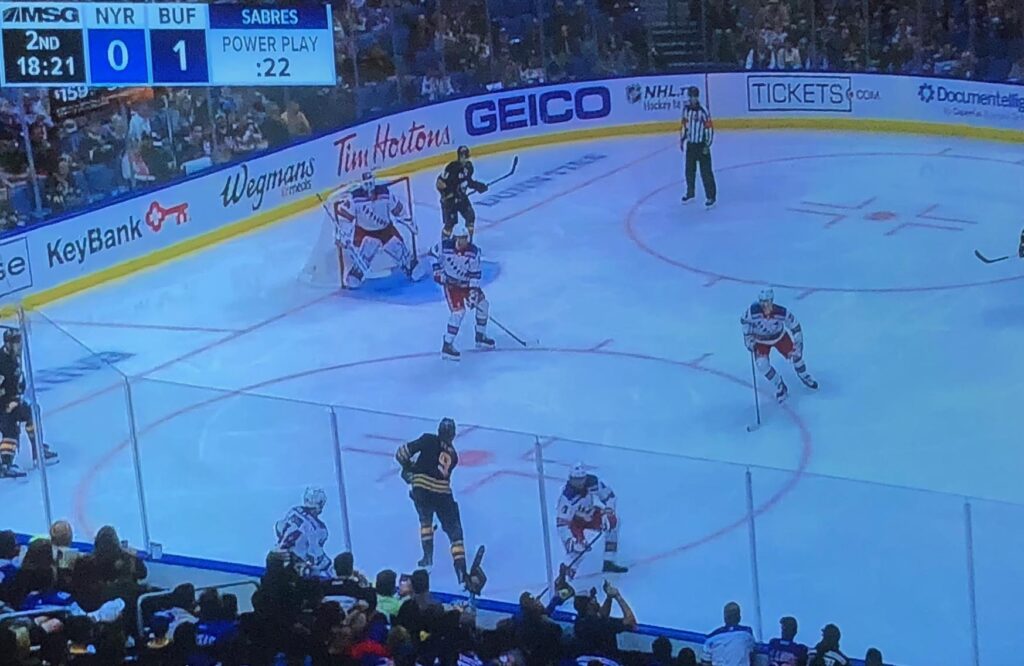 You can see here where Mika Zianejad and Neal Pionk both went to Jack Eichel, and he got past them both. After that, it’s a pure numbers game and it’s almost impossible to stop that pass to Sheary.

Nathan Beaulieu lost his stick on the rush, with created an unexpected chance for the Rangers. Eventually Brett Howden would set the screen for the Adam McQuaid shot. Howden’s screen led to a rebound, that he buried for his first NHL goal.

Buffalo came out flying in this game, and had a pretty strong control of the game early on. But by the end of the first and through most of the second, it was almost entirely Rangers. But again, gaffes are gaffes and they wind up in the back of your net. Mistakes will always be the difference in most games.

The Rangers are back in action tomorrow in Carolina. They will be looking for their first win there, but at least these games have been competitive.