Pavel and the great, excellent, very good, not bad preseason 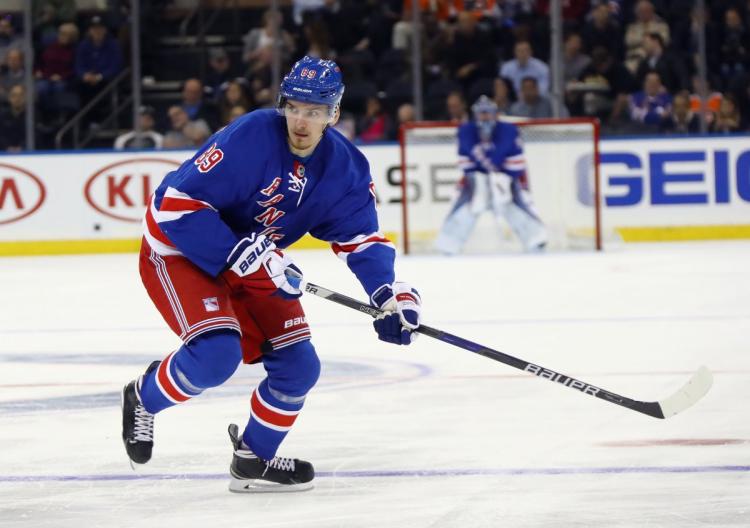 The first step in Buchnevich’s transition to top line player for the Rangers is and was a solid preseason. Buchnevich has answered the call so far, putting up a line of 3-4-7 in four preseason games. That’s good for third in the league in preseason points. I know it’s the preseason, but that is a solid step forward.

We don’t really have any xGF or WAR metrics available for the preseason, so our analysis will have to be based on points and eye test. Even if we did have those numbers available, four games is nowhere near enough of a sample to judge his play. So let’s just wing it.

The points are obviously a great sign, but again it is preseason. So those numbers should be taken with a grain of salt. However it’s been his confidence and overall play in the offensive zone that has impressed. He’s been able to downright dominate some shifts, drawing attention from multiple defenders and opening the ice for his linemates.

It’s this kind of dominating play the Rangers are going to need and expect from Buchnevich. If he ever plans on sniffing the same status of the guys he’s frequently compared to (Tarasenko, Kuznetsov), then this season is going to be huge for him.

It’s ok to be a little optimistic about Buchnevich this year. But let’s also remember expectations. Last season, only nine players broke 90 points, with three breaking 100 points. Top line forwards are around 60-70 points, which is hopefully what we see from Buchnevich. The lower end of that spectrum is definitely doable for Buchnevich. Anything else is just gravy.