What can the Rangers do to beat the predictions? 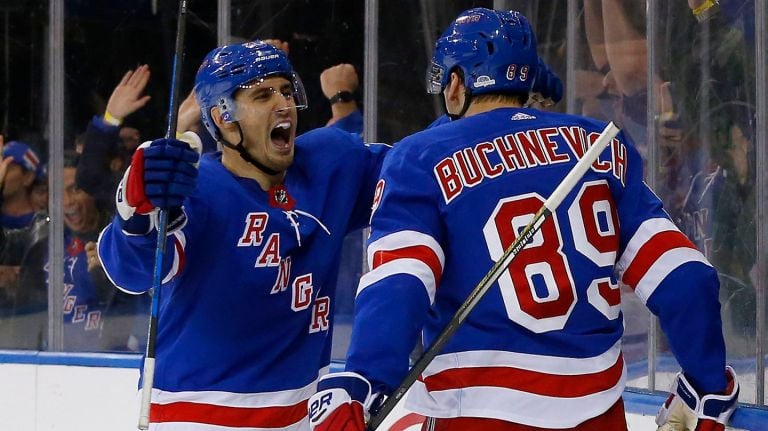 The predictions are in, and the Rangers are projected to finish with less than 80 points. It’s easy to see why the Rangers are predicted to be bottom feeders. The defense has been a train wreck for a while, they are clearly rebuilding, they are focusing on youth and growth, and they have a rookie head coach. There’s nothing off about these predictions.

However predictions are just that, predictions. There is room to improve, especially for a team that has a lot of skill up front and in net. Plus the rookie coach is just that, a rookie coach. No one really knows what to expect from David Quinn. With all these variables, the Rangers can beat these predictions.

Let’s start with Henrik Lundqvist. He’s still an elite level goalie, even at 36 years old. Don’t be fooled by his GAA/SV% last year. Hank faced the toughest workload of any goaltender in terms of average shot distance faced, and it wasn’t even close. Any sort of improvement on defense means better numbers for Hank.

Moving on to that blue line, this is where the prediction models hate the Rangers. And let’s be real here, there’s good reason for it. The Rangers are returning the same defensive unit as last year, which wasn’t that good. Any chance for improvement on the predictions comes from the defense. With the same personnel, it’s going to be all systems based. This is where we will see if the issue really was Alain Vigneault’s system.

Up front, the Rangers are skilled. Assuming everyone remains healthy, they have a young, fast, and skilled top-nine that could cause some issues for opposing teams. If you assume defensive improvements, it means more time in the offensive zone. In theory, that means more scoring opportunities, and more of a chance of beating those predictions.

Personally, I think the Rangers are going to finish over the high-70s predictions. I’m all in on the defensive system being the issue, which means the personnel should all improve. But that’s just my prediction. The one thing I’ve learned is that my predictions mean diddly.