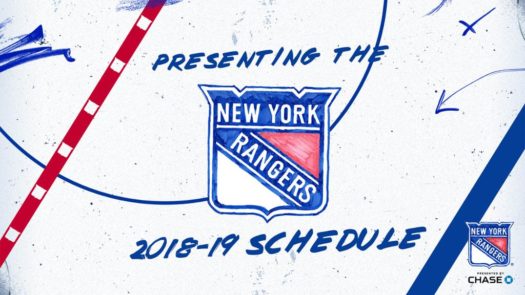 For the first time since Lockout II, we as Rangers’ fans embark on a season in which we have no realistic expectation of contention.  Last year, many of us could see leaks in the ship, but there was still talent in the lineup and a generational goaltender to keep our delusions intact.  Twelve months, an open letter to fans and a massive roster shake up later, we know that our beloved Blueshirts are rebuilding.

This is a transitional year in more ways than one.  While the team did a nice job in turning veterans into young assets and re-loading through the Draft, many of the organizations’ tippy top prospects aren’t ready for the bigs, just yet.  A couple are over in Russia and a few are in the NCAA/Junior ranks for the 2018-2019 season. As we wade into this unfamiliar territory where we know the team isn’t going to contend, but we aren’t really watching the full potential of the future either, I’ve been thinking about what are productive takeaways to be watching for next season.

1. Keeping tabs on the European prospects

Some of the Rangers most exciting prospects will be playing in the KHL next season: Vitali Kravtsov, Igor Shestyorkin and Yegor Rykov.  Nils Lundkvist will be playing in the SHL in Sweden.  All four of these players will be taking very important steps this season as they inch towards their North American debuts, presumably next year.  Their development against men in professional leagues across the pond will inform their readiness to contribute for the Rangers.

With training camp right around the corner, we will have actual hockey again.  There will be some very interesting storylines to follow, most notably Lias Andersson and Filip Chytil.  The general consensus is these O.G. rebuild prospects are ready to make the jump to full-time NHL duty, with Chytil having the upside of a true star.

In addition to the development steps for the organization’s top two prospects, the defensive battles between prospects Libor Hajek, Ryan Lindgren, Tony DeAngelo, Sean Day, et al., and veteran or lower upside players like Brendan Smith, Rob O’Gara, John Gilmour, etc., which leads me directly to my next point…

This one extends beyond training camp, as well.  Training camp will give us our first insights as to what types of players the new head coach values and what he feels like he has in both the kids and the vets.  His real test, though will come from trying to get the most out of a mediocre roster.  Pat has done a great job of breaking down Quinn’s systems preferences in the NCAA ranks, but we have yet to discover his philosophy for success at the NHL level.  The types of coverages he employs and lineup decisions/deployment philosophies will be very important to the initial impression he makes on the fanbase, but long-term his ability to foster an accountable and winning environment for young players will really be the touchstone of his tenure as head coach.

The Rangers only have two rental players of note, but they should both carry significant value at the deadline in Kevin Hayes and Mats Zuccarello.  I could see the organization looking to keep Zuccarello around, as he is not only a fan favorite, but shown tremendous loyalty to the organization and does not seem to be seeking top term/dollar.  Hayes is (probably) as good as gone, as he is on a one-year contract with UFA status looming.  His trade could be the final piece of the “strip the roster down” reload.

On the other hand, depending on how the season goes, there are non-rental players that could help the organization continue to add assets; most notably Chris Kreider and Kevin Shattenkirk.  Then there are your “were supposed to be traded, but weren’t players” in Vlad Namestnikov and Ryan Spooner that could be on the block come March.  Either way, it could be a very exciting deadline if the Rangers continue to be in a selling position.

Now this one may not be as fun to watch, but several Rangers veterans have indicated that they are here for the rebuild, most notably Henrik Lundqvist.  By signing his six-year extension, Brady Skjei has signaled this, as well.  Core forwards like Mika Zibanejad, Pavel Buchnevich and Jesper Fast will be looked at to help guide these young players.

A reasonable question for these guys to be accountable for, both to the fans/organization and themselves, is whether this is the environment they want to continue their careers in. On one hand, it is an exciting time with so many talented young players looking to help establish the core of the next contender, but there are also many frustrating days ahead.  For the younger guys on this list, it should be easier to see this thing through.

For a guy like Lundqvist, however, with three years left on his deal and no de-aging technology readily available, he will need to really evaluate if playing your whole career with one organization is worth probably never getting that Stanley Cup.  I will confess that I get legitimately sad thinking about how a Hall of Fame talent like Lundqvist will probably never see this achievement.  If he decides that with the core group of guys he came up with now gone (Callahan, Dubinsky, McDonagh, etc.) that he wants to chase the dream in greener pastures, I think the organization should do their best to accommodate that.

Alternatively, I think that he would make a phenomenal mentor to guys like Georgiev and Shestyorkin when his time to fade to the background comes.  Either way, it will be interesting to watch.

So, what do you all think?   What will you be watching to keep yourselves sane during what will probably be a lost season?  Sound off in the comments below. Have a great weekend, everyone!