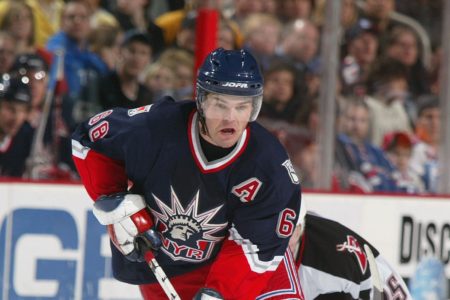 The last decade-plus of Rangers hockey has been characterized by stability and relative success.  As summer approaches, the possibilities and paths forward for the franchise are seemingly endless.  Oodles of cap space and a bevy of draft picks mean that basically anything is on the table.

While it can be fun to discuss the minutiae of roster construction and team management, it’s also important to look at the big picture.  The front office and new head coach have spoken in generic terms about youth, development, playing style and team culture, but those are all just ideas.  What’s most important is to take those words and turn them into actions.  In many ways, the Rangers really are starting from scratch.

What’s encouraging is that this franchise has been here before, and it wasn’t all that long ago. Those past experiences may provide a blueprint the team can follow as it begins to write the next chapter of New York Rangers history.  I’m referring specifically to the 2005-06 Rangers, who were tabbed by most experts to finish last in the NHL.  Instead, they surprised the entire hockey world by nearly winning the Atlantic Division, and recaptured the hearts and minds of the city by playing scrappy, entertaining and fun hockey.  In a single season, the culture was completely transformed, and the stage was set for the forthcoming decade of success.

Yes, the circumstances are different, but the Rangers may be able to mimic some of what their 2005 forbears did and establish a new culture and identity upon which to build.

The Rangers of the late 90’s were built to thrive on star power, though always missed the mark.  Messier, Leetch and Richter gave way to Bure, Lindros and Holik, and eventually Jaromir Jagr (acquired in a trade).  But with the introduction of the salary cap after the lockout, the Rangers could no longer go that route.  So instead of installing a new cast of high-priced free agents to supplement Jagr, the Rangers were forced to reach into the bargain bin for some less exciting names: Martin Straka, Michael Nylander, and Marek Malik.

The NHL also enacted several rule changes intended to increase scoring heading into the 2005-06 season.  The crackdown on obstruction penalties and stricter enforcement of hooking and holding meant there was more room to operate for gifted offensive players.  By some combination of foresight, scouting and dumb luck, the Rangers had assembled a team that was readymade for the new NHL.  Results followed immediately.

The 2018 Rangers won’t have these circumstances working for them, but the point stands: they need to break the mold and be willing to take risks as they build their team.  They’re seemingly off to a good start in hiring David Quinn.  But the Rangers have also tended to play it conservatively with young NHLers, and they often draft a “safe” player rather than take a risk on a player with higher upside.  It’s probably time to alter both of those approaches and take some bigger swings.

The 05-06 Rangers were not a team built on youth, but the free agents they brought in were all the right fit.  Martin Straka was former teammate of Jagr’s, and Michael Nylander joined them to form what is to this day one of the greatest Ranger lines of all-time.  All age 33 at the start of the season, the Jagr-Nylander-Straka line could still perform at the highest level, and set the standard for the team around them.  Savvy acquisitions like Steve Rucchin, Blair Betts and Kevin Weekes solidified the veteran core and provided stability throughout the lineup.

While the priority for the current Rangers is youth, no team is able to ice a lineup consisting of just rookies or second year players.  The veterans the Rangers put around their youth will prove crucial in setting the stage for the next era of Rangers hockey.  It’s easy to look at the 05-06 blueprint and draw a direct line of comparison from Jaromir Jagr to current free agent Ilya Kovalchuk.  At age 35, Kovalchuk still has a ton to offer and would enter camp the best player on the Rangers’ roster, save for Henrik Lundqvist.  Kovalchuk serving as the new generation’s “Jagr” would be an ideal scenario.  From there, the Rangers should prioritize depth free agents, particularly along the blue line to supplement and stabilize a very young defense corps.

The best thing about the 2005-06 Rangers was that they were fun.  The Marek Malik between-the-legs shootout goal.  The birth of the “Hen-rik” chant at MSG.  The standing ovation the team got after being swept out of the playoffs by the Devils as the clock wound down on Game 4 (yes, this happened).  Those Rangers made this fanbase love hockey again in a way it hadn’t in a long time.

By the end of last year, watching the Rangers was an excruciating experience, and it wasn’t just because they were losing.  Their play was joyless and stale (did Ryan McDonagh ever smile?), the Garden was lifeless and no one really wanted to talk about it, least of all the propaganda machine that the MSG broadcast had become.  The Rangers built their marketing campaign on “Tradition” and “Family”.  Everything got so serious.  Here’s hoping the Rangers lighten it up and try to make rooting for this team fun again when October rolls around.

That’s it from me.  As always, leave your thoughts on what you want to see from the new look Rangers in the comments below.