To Tavares, or not to Tavares? That is the Question 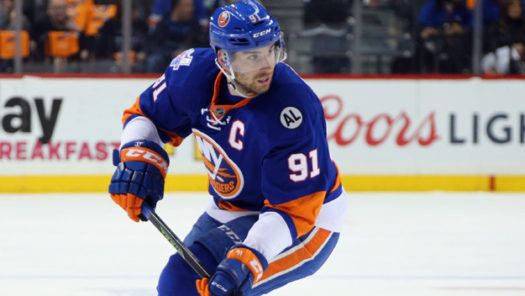 Let’s put aside for just a moment that John Tavares is a New York Islander and that, historically, Islanders who become free agents rarely choose to sign with the Rangers. Let’s pretend that the Rangers actually have a chance at signing him, free of all the potential obstacles and baggage that would come with such a move.  Should they do it?  Jeff Gorton has the unenviable task of rebuilding the Rangers and his answer to this question may very well define his tenure as General Manager.

There are good arguments on both sides of this debate.  Tavares was the first overall pick in the 2009 Draft.  He will be 28 when next season starts.  His pedigree and career statistics (272-349-621 in 669 games; 2.89 all situations P/60 over the last five seasons, which compares favorably to Steven Stamkos) speak for themselves.  In a word, Tavares is elite.  The Rangers have not had a player like him on their roster since Jaromir Jagr, and haven’t had a center with Tavares’ ability since Mark Messier.

But he won’t come cheap.  Tavares will likely command a free agent deal that falls in between Stamkos’ somewhat team-friendly $8.5 million per year deal and Connor McDavid’s eight year, $100 million monster contract.  Given the Rangers current logjam at center – it’s the one position of strength in the organization, both on the NHL roster and in the prospect pipeline – acquiring Tavares would almost certainly be preceded by trading one (possibly both) of Mika Zibanejad and Kevin Hayes.

Somewhat counterintuitively, the “safe” option for the Rangers is to stay the course, forego the Tavares option and continue the more traditional rebuilding route centered on draft picks and prospects.  Even though Tavares is a sure thing, sinking $10 million plus per year into a single player on a team that is weak nearly everywhere else but in goal could result in a situation that bears resemblance to, well, the Islanders.  The Islanders have been unable to build a strong enough supporting cast around their superstar, and the result has been just three playoff appearances in nine seasons.

The Rangers adding Tavares to their books will almost certainly limit their roster flexibility moving forward.  Unless Jeff Gorton hits on all of his early draft picks, and most of the team’s prospects reach or exceed their ceiling, there’s a good chance that Tavares will be an elite player on a mostly mediocre team.

On the other hand, the addition of Tavares changes the look and feel of the Rangers overnight. At 28 years old, he makes an immediate impact.  I’ve written previously about the need for elite talent, and Tavares fills that need.  His presence would create a situation that would enable players like Lias Andersson, Filip Chytil and others to develop without worrying about becoming the “go-to guy.”

Let’s assume that the Rangers trade Mika Zibanejad to make way for Tavares, their opening night centers could be Tavares, Kevin Hayes, Vlad Namestnikov and Lias Andersson.  In the hypothetical Zibanejad trade, the Rangers would receive a bona fide top-pair defenseman (think Dougie Hamilton), meaning that in the blink of an eye, the Rangers are a threat in a Metropolitan Division that was largely mediocre last season.

The Tavares question has no clear right answer, so I leave it with you, fam.