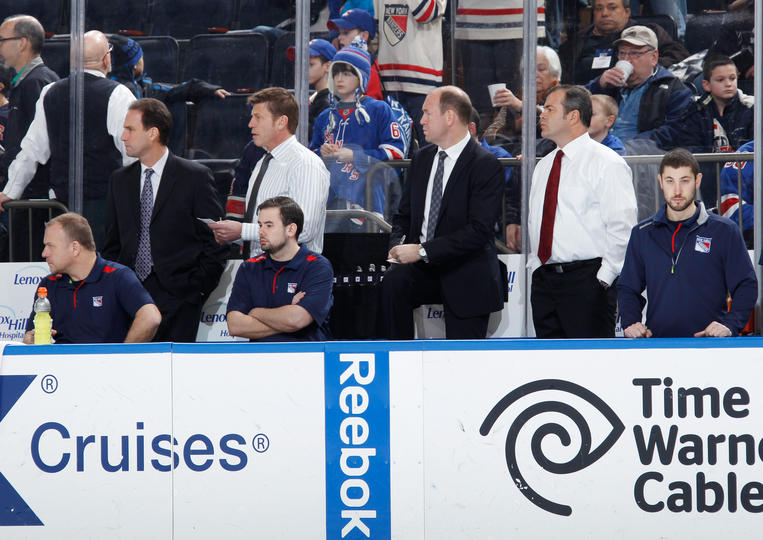 Apologies for the delay on this one, as the news came a while ago. Cleaning house continues for the Rangers, as Scott Arniel and Daryl Williams were both let go. Arniel has been with the Rangers since Alain Vigneault took over for the 2013-2014 season. Arniel was largely in charge of the powerplay and the forwards.

Williams joined the Rangers one year after Arniel, leaving Vancouver to do so. Arniel and Williams were AV’s top two assistants.

Lindy Ruff remains with the team.