Thoughts on the Matt Beleskey and Steven Fogarty recalls 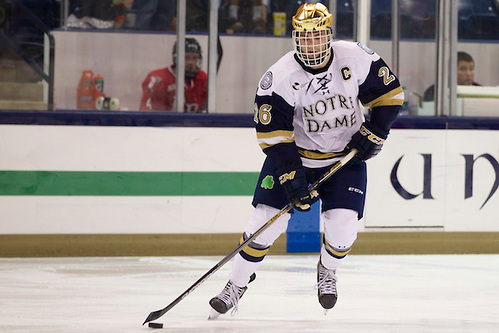 For tonight’s finale, the Rangers have recalled forwards Matt Beleskey and Steven Fogarty. They will play this afternoon against the Flyers.

Beleskey was acquired as part of the Rick Nash trade. The Bruins signed him to a big contract after his breakout year with Anaheim three seasons ago, where he scored 22 goals. He never lived up to that hype, and the Rangers took on half the contract ($1.9 million cap hit for the next two seasons). He’s a fourth liner at best.

Fogarty, the Blueshirts’ third round pick in 2011, is finally getting his first shot at the NHL. The 24 year old center is known for his defensive and faceoff ability, and won’t exactly wow you with his offensive play. He’s another fourth liner.

I get the impression that Fogarty’s recall is a quick glimpse into what the Blueshirts have. He’s been with the Wolf Pack for a few seasons, and likely isn’t any worse than Paul Carey, Peter Holland, and/or Cody McLeod. Of that trio, Holland is still signed for next season, but my guess is that the club is looking to see if Fogarty can take that fourth line/13F role for next season. His 20 points in the AHL likely won’t translate to the NHL, so it’ll be his defensive play that wins him a spot.

As for Beleskey, it makes sense to see what you have in him. No one is taking on that contract, and with the rebuild in full swing, there may be a roster spot for him next year if he plays well enough. He, like Fogarty, can’t be that much worse than the trio mentioned above.

I’d have to assume the Rangers are going to play them both on the fourth line, in lieu of two of that trio. But what do I know? Alain Vigneault is still coaching for his next job. I wouldn’t be shocked to see them on the first line.