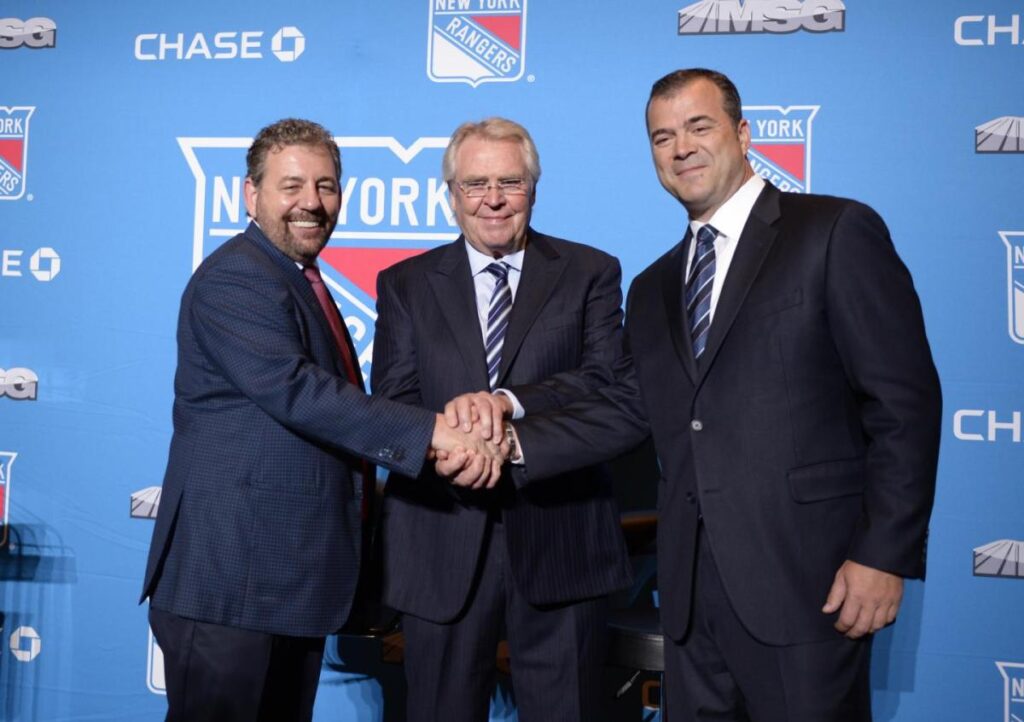 Being a Rangers fan over the last few weeks has proven to be a strange existence. A lot of what we’re experiencing has the feel of Seinfeld’s Bizarro World: scoreboard-watching for repercussions on the draft lottery (as opposed to the playoffs), knowing that wins – while often fun – are not the best medicine, and still getting strangely upset at the Blueshirts’ glaring deficiencies while knowing that they’re an objectively bad team at present.

One key thing that remains is the presence of Alain Vigneault.  Indeed, there has been a lot more speculation about AV’s future than one would expect given the situation the organization is in.  A lot of people have pointed to Jeff Gorton’s non-committal comments last month as a sure sign that Vigneault would be fired at season’s end, but other than that, there seems to be a somewhat strong possibility that he may stay.  As Bob McKenzie noted on Wednesday night on NBCSN, the coach’s contract runs through the 2019-20 season at an estimated $4 million per year.  The Rangers would likely have to fork over a lot of that cash up front if they were to let him go.

And then there are comments like the Vigneault made yesterday, when asked why Alexandar Georgiev would be getting a third consecutive start:

AV: Georgiev will get a third straight start in STL Saturday. “I need to find out about this young goaltender.” #NYR

Is it perhaps silly (or paranoid) to read too much into this quote?  Probably.  But just the thought of Alain Vigneault factoring into the future of the Rangers is enough to turn a good portion of the Rangers fanbase apoplectic.  Vigneault’s track record with young players is spotty at best, and given that the Rangers are about to commit to youth for the foreseeable future, it’s fair to question whether Vigneault is the right coach to steer the team through its rebuild.

What really sticks out for me when I look at this season is the thing that never happened: what if the Rangers fired Vigneault, as they were apparently very close to doing in October?  Would a new coach have optimized the lineup (i.e., not played Nick Holden on the first pair)?  Would the team have played somewhat better defensively?  Without delving too deeply into all of the external factors (injuries to Kevin Shattenkirk and Chris Kreider, of course, would’ve had adverse effects on the team regardless of the head coach), it’s fair to wonder.

And then Rob Luker, who’s always posting interesting stat-based factoids on Twitter (if you don’t follow him, get on it) posted this a few days ago:

#NYR still sit 8th in xGF/60 as of this AM, so I wanted to see how many times they’ve been +/- the average xG/60 and CF/60 by game. If a new coach improves the defensive structure without killing the offense, I don’t know how they fully punt 2018-2019. pic.twitter.com/oYoDKjzvZE

I tend to agree with Rob’s conclusion here (and it’s not just because we share a name).  Even after all of the trades, the Rangers have been able to create enough offense to hang with even the best teams in the NHL.  As always, it’s the defense that’s the issue. There are now three full seasons of evidence proving that Alain Vigneault is either unwilling or unable to fix it.

The $64,000 question is whether or not the Rangers realize that. If they do – and if they pick the right coach as his replacement – (both very big ifs), the rebuild may not need to be a long and painful one.