Five questions for the Rangers rebuild 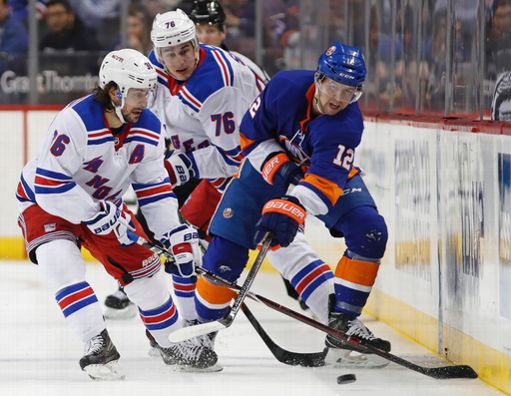 Stop me if you’ve heard this before. The Rangers are rebuilding. I know. Shocking. Right?

Not every rebuild is successful, though. As Pat has been highlighting weekly, for every Maple Leafs team, there are several Oilers, Canes, and Islanders teams. For every success, there are countless failures. I am certainly excited for what is to come, but partially petrified as well.

There are some major questions surrounding this rebuild. Some that are quite obvious, and others not so much. Let’s break them down.

Who is going to coach the kids?

All credit to Alain Vigneault for a helluva run with the Blueshirts. A Stanley Cup Final appearance. An Eastern Conference Final Game 7. A President’s Trophy. He did some wonderful things. But all coaches have a shelf life, and AV has run his course in New York. His weakness is his loyalty to his guys, and that is a weakness that doesn’t work for a rebuilding team.

The next coach needs to be a coach that can help the kids grow. They need to be comfortable enough to know they can make a mistake or two and it won’t result in a benching or a game in the press box. AV will stick around until the end of the season, since there will be more coaches available then. Personally, I want someone off the radar, who isn’t that coaching fraternity that is recycled regularly.

Which players will lead the team?

This is something I touched on the other day, but this goes beyond the next Rangers core. The next leadership group has to be a right fit with the coaching staff as well. If the new coach is an in your face guy in the locker room, then the captain group should be the opposite, and vice versa. Complementary pieces and personalities are critical for development, as it gives different routes to grow and affords the opportunity to mold players.

What is going on with that blue line?

I don’t know about you, but I have a hard time believing that the Rangers are going to go into next season with what might amount to a near identical blue line from last year. Only Nick Holden is gone. Are they going to run Kevin Shattenkirk, Marc Staal, Brendan Smith, Brady Skjei, Tony DeAngelo, and Neal Pionk out there next year? What about John Gilmour? There’s still the Steven Kampfer question.

As Justin said on Friday, I don’t see Pionk or Gilmour as long term solutions on the blue line. If they pan out into solid bottom pairing guys, then that’s a giant win. However bottom pairing is what I have pegged for DeAngelo, which again isn’t necessarily a bad thing, but probably isn’t a good thing either.

At this rate, it looks like it’ll be close to the same blue line. If the system changes, then you never know what happens. But there needs to be some form of change there.

Where is the elite skill coming from?

The trade deadline came and went, and the Blueshirts acquired a bunch of solid pieces. Ryan Spooner and Vlad Namestnikov will pay immediate dividends. Beyond that, though, there are no immediate impact players. The rest of the pieces acquired top out at middle-six/bottom four potential.

What is the overall strategy?

This is the biggest question. There are a bunch of possibly concerning quotes out there, saying the Rangers targeted a player like Ryan Lindgren over some other potentially higher ceiling players because they liked his character and physical ability. On the surface, those types of quotes are certainly concerning, especially when you consider the need for elite skill, as mentioned above.

There is definitely a strategy here for Jeff Gorton and company. The idea of making the best possible trade always holds true, but it’s clear the team targeted specific types of players. They built out their depth, which makes sense because it’s rare you get to Erat someone at the trade deadline. Again, depth is critical.

No matter which way you slice it, there is a strategy in place. The type of strategy is the key point, though. We will see the rest unfold at the draft. Hopefully it gives us what we are hoping for.