How Not to Rebuild: Edmonton Oilers Edition 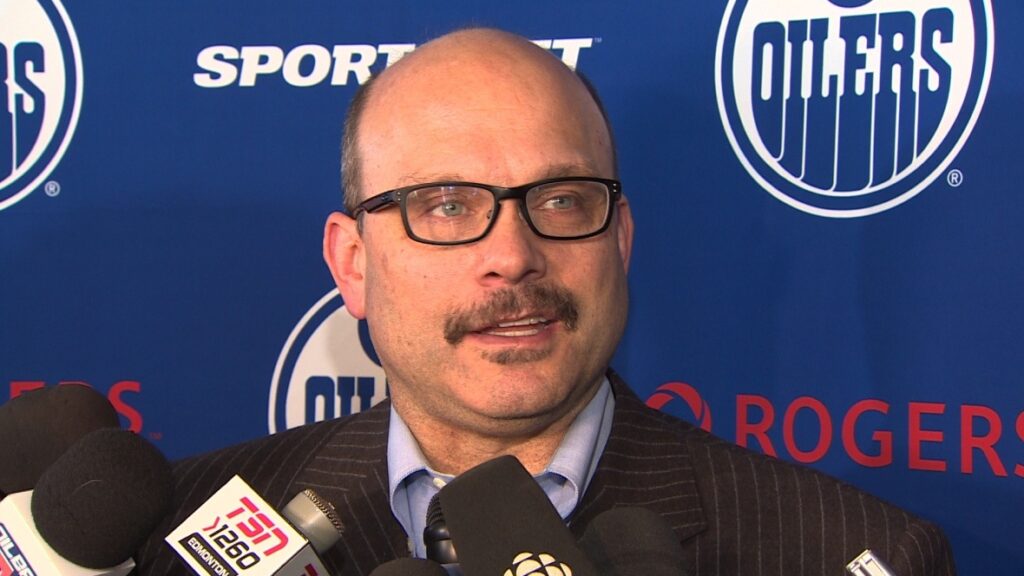 Now that we’re in a veritable rebuild I thought it would be fun to take a look at some cautionary tales, teams that have attempted to rebuild and failed, in order to determine what went wrong and how the Rangers should avoid making those some mistakes (all this of course, with the idea of Gorton or someone high up in the Rangers’ front office is reading this, because there’s a non-zero chance of that happening). This is going to be something I try and stick to, because I’d like to be able to really give some time and thought to why and how exactly teams have blown it in blowing it up. With all of that said there really is no better candidate for a cautionary tale deep dive than the Edmonton Oilers.

The Oilers have been rebuilding now for more or less a decade, depending on when you consider the rebuild to have started. A good trail marker along the mountain trek that is the Oilers rebuild is the Ryan Smyth trade: they gave up a heart and soul player, someone who had set records and given his all to the team through some very successful years (including a run to the Stanley Cup Final that ended in heartbreak at the hands of the Carolina Hurricanes), all for Ryan O’Marra, Robert Nilsson, and a first round pick that they’d use to select Alex Plante. This break with the previous era came shortly after the Oilers traded another mainstay in Chris Pronger, who brought back Joffrey Lupul, Ladislav Smid, and three draft picks (the draft picks ended up going to various other places in exchange for various other pieces, the details of which can be found here).

In any event, whether you consider it to be the larger haul of the Pronger trade or the spiritual break with the past of Ryan Smyth, they began to try and turn things around circa 2006. There were a lot of potholes on the road back to relevancy however, and I’m not going to bore you with details that can be found readily on wikipedia. I’m not even going to really get into the first rebuild the Oilers attempted because it’s distant history and, in any event, didn’t do the trick. What I’m trying to say here is that it’s been a while, and it still hasn’t really worked out.

The middle of the Oilers rebuild sandwich is the Taylor Hall era, which started when they won the 2010 draft lottery and selected one of the most prolific scorers in the NHL since then (if you’re doubting me on this and don’t care to look up the numbers, just watch the Devils for something like five minutes). This was Steve Tambellini and Craig MacTavish’s heyday with the Oilers, when as general manager they selected Ryan Nugent-Hopkins and Nail Yakupov with the next two first overall picks, Darnell Nurse with the 7th overall in 2013, Leon Draisatl with the 3rd overall in 2014, and of course, Connor McDavid with the first overall in 2015. There’s plenty of other players they could have selected in 2011 or 2012 who we know now would have turned out better, but hindsight is 50/50 so I’m not going to fault the Oilers there. What is pretty suspect is how their other draft picks since then have faired.

In 2010 they selected 10 players other than Taylor Hall, 3 of whom turned into NHLers – Tyler Pitlick, Martin Marincin, and Brandon Davison, whose 436 combined NHL games played is far less than Hall’s 513. Without even getting into points scored and other contributions to the team, 2010 was not a great draft for the Oilers. 2011 wasn’t much better, because outside of RNH the only two draft picks that panned out for them were Oscar Klefbom and Tobias Rieder, the latter of whom is no longer with the team and has 112 points in 297 NHL games. The next year, 2012, was the year of Nail Yakupov, who again we have the benefit of hindsight, but out of the 6 other players who they selected only Jujhar Khaira and Erik Gustafsson made it to the NHL, each with less than 100 games played and between the two of them only 40 points total.

In 2013 their highest pick was Darnell Nurse at 7th overall, with their only other NHLer from that draft being Anton Slepyshev, he of 21 points in 86 games (I’m not going to hammer them too hard on this draft because there wasn’t a lot of mind-blowing talent available, but I will note that our very own Pavel Buchnevich went 75th that year). The Oilers’ only NHLers from 2014, 2015, and 2016 are Draisatl, McDavid, and Jesse Puljujarvi. This past year’s highlight is Kailer Yamamoto and a bunch of guys who I’m not qualified to talk about and in any event aren’t ready yet.

The bottom line here is that the Oilers were abysmal in terms of draft selections since winning the 2010 lottery and embarking on the sequel to their first rebuild, which turned into Oil Change 3.0 with the drafting of Connor McDavid and the change over to GM Peter Chiarelli and coach Todd McLellan. So much of rebuilding a team is restocking the farm with players who you can develop into successful NHL players, either for your own roster or for trading to other teams in an attempt to add top-level talent to your team.

So on that note, let’s talk trades. Since taking over in 2015, Peter Chiarelli has put his mark on the Edmonton Oilers as far as boneheaded trades go, and when you realize that this is the guy who traded away Phil Kessel and Tyler Seguin it all makes sense. The Oilers full trade history can be found here but here’s a couple of highlights: Griffin Reinhart from the Islanders for the Oilers’ 1st and 2nd round picks, Cam Talbot for a 2nd and a 3rd, a 4th round pick from Toronto for Martin Marincin and Brad Ross, Eric Gryba for Travis Ewanyk and a 4th, Taylor Hall for Adam Larsson, Nail Yakupov for Zach Pochiro and a conditional 3rd, and the most recent Chiarelli special, Jordan Eberle for Ryan Strome.

The biggest ones here are Hall and Eberle, and here’s the problem with both of these trades: the Oilers are still looking for a true top defenseman, and find themselves at a loss when trying to find the perfect partner for Connor McDavid. Add in the fact that they signed Milan Lucic for $6m every season through 2022-23, as well as Kris Russel for $4m until the end of the 2020-21 season, and things are looking pretty bleak. It may be time for another rebuild if not this year then next, given that they’re in 26th place right now. When you consider that the Oilers have only made the playoffs once since embarking on three successive rebuilds 12 years ago, they’re more or less a study in what not to do. So what have we learned?

A few things can be gleaned from the Oilers wandering stumble back into (maybe, probably not) relevancy. The first, and this is very basic but easier said than done, is that you have to draft well. With the Oilers we’ve seen them have countless high picks, including the future of the league in Connor McDavid, and despite the talent they’ve taken they’ve almost totally squandered their opportunity to put together a solid supporting case. Hell, even some of the high picks they had could have been used more effectively, but again we have the benefit of hindsight here. You can have the best player in the world on your team, and even a couple of very good ones (emphasis on “a couple”), but if you don’t put together the rest of the team around that player then you’ll be slightly better than the worst in the league.

Next we’ve got another bit of wisdom that may as well come out of a fortune cookie: make good trades. The Oilers have made a bad habit of turning something into nothing over the years, going back before Chiarelli but continuing pretty consistently since he took over. The bad free agent signings are just the icing on the cake, because in addition to already dedicating (rightfully so) a ton of money to Draisatl and McDavid, they’ve got Lucic gumming up the gears and Russel’s contract just kind of there.

All of these are areas that I think the Rangers are at very least, average in. They may not be the best at the draft, but it’s important to remember that we haven’t had all that many picks these past several years, and they’ve made them count when they do have them. This draft we’ll have a ton to work with, and that’s before we even consider the possibility of trading up or down the board. It’d certainly be hard to draft as aimlessly as the Oilers have over the years, and I place a lot of faith in Gorton and more importantly Gordie Clark to know what they’re doing. They’ve certainly knocked it out of the park with what they’ve chosen, with the list of NHLers selected by the Rangers in just the past few seasons being far longer than the Oilers’ respective track record over the course of 12 years.

As far as making good trades, well, opinions seem divided. I personally think the Rangers have done just fine dealing with other teams, but it is true the Rangers haven’t totally fleeced anyone in term of making one huge, team altering trade. We’re looking for Gorton to show his killer instinct on the trade market for sure, but I think what we’ve seen of him so far has been at minimum pretty good.

The last bit about not making any dumb free agent signings I think Gorton knows about, because the large contracts we have on the books have already hamstrung the team enough that he’s surely aware of the need to open up space for future roster players. No team with Marc Staal on their salary cap while entering a rebuild could possibly think signing a big name free agent is a good idea. Expect for Kevin Shattenkirk to be the last UFA the Rangers sign for quite a while, save for a one or two year deal to someone like Nash or Kovalchuk (Grabner, Tavares, or Karlsson are well out of the picture here, so don’t hold your breath). There’s simply no way a guy with 7 picks in the first three rounds of the next draft would clog up the pipeline with huge, long-term contracts (at least I hope).

So there we have it, three easy prescriptions for the Rangers in their rebuild. It’s all just so easy: draft right, trade right, and manage your salary cap right. These quick fixes can help a team avoid the predicament of the Edmonton Oilers, who despite having a truly generational talent on the roster seem primed for years of poor results. Stay tuned for more content like this, where I take a look at other failed rebuilds and make recommendations as to what to do or not do. Jeff, if you’re reading this, you’re welcome.