The Rebuild Is Pointless if the Kids Don’t Play 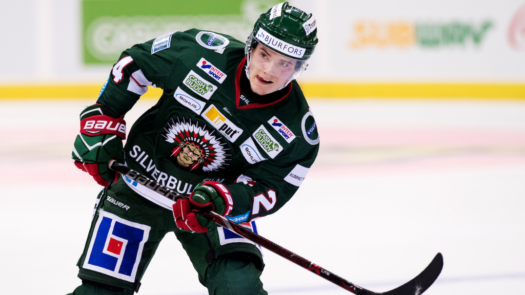 Yesterday, Dave touched upon the necessity of continuing the tear down until it is full and complete.  That involves, first and foremost, firing Alain Vigneault and installing a head coach whose strength is developing young players.  It also requires patience from management to stick with that coach through some rough patches.

But hockey is ultimately about the players.  The Rangers have fallen short in the Henrik Lundqvist era because they never had a truly elite skater (or two) to build around. With a glut of draft picks this summer and beyond, the Rangers have significantly increased their chances of landing that player (or players).

The key organizational shift that needs to take place is management’s attitude towards young players.  Generally speaking, the team has chosen to play it conservatively when it comes to development and integration into the lineup.  While this strategy was understandable while the Rangers were in their window of contention, it wouldn’t serve any purpose now.

The way the Rangers handled Pavel Buchnevich provides a prime example of what the next iteration of the team must avoid doing.  Buchnevich played parts of four seasons in the KHL before making the move to North America last year (his age 21 season).  The rest is history: a flying start in the NHL was neutralized by injury, and Buchnevich’s season was largely burned after his return due to questionable (at best) usage by AV.

A similar situation looms on the horizon.  The Rangers acquired Yegor Rykov in the Michael Grabner trade last week.  Rykov is already in his third season of professional hockey, playing in what is widely accepted as the second best hockey league in the world.  Rykov will play one more season in the KHL before coming to North America (his age 22 season, already one year older than Buchnevich).

Given the widely accepted data on player-aging curves, by not starting a player as a full-time NHLer until his age 22 or 23 season, the Rangers are ostensibly wasting one or two peak years as they slowly integrate him into the lineup.  That should not happen any longer.

Of course, more goes into these decisions than simply looking at a player’s age.  Players aren’t robots, and each guy’s adjustment to the NHL will be handled on a case-by-case basis.  But the Rangers need to seriously consider fast-tracking key young players in order to find out if they actually have impact players or not.  Long story short, players like Steven Kampfer, Cody McLeod and David Desharnais should be nowhere near the Rangers roster next year.

Entry-level contract start dates aside (those should be considered, but that’s not really the point of this post), the Rangers should prioritize getting their young players as many minutes as possible next season.  It’s possible that if they do that, they could accelerate the process of rebuilding the roster