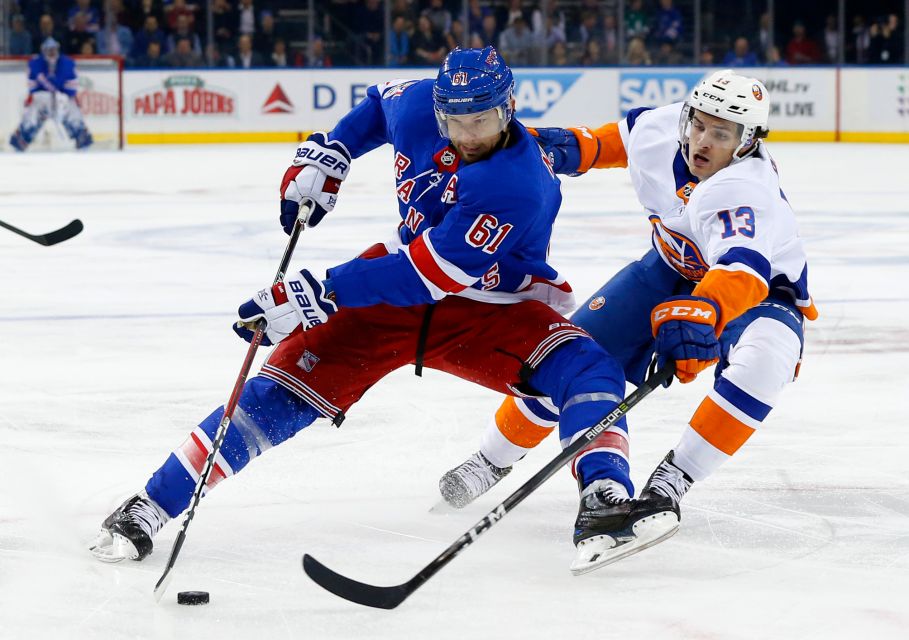 Rick Nash has just been traded to the Boston Bruins, according to Bob McKenzie. The trade is complicated, and not all details are in yet, but the return so far is a first round pick this year and prospect Ryan Lindgren. The Blueshirts will retain 50% of Nash’s salary. The Blueshirts also get center Ryan Spooner, winger Matt Beleskey, and a 7th round pick.

The 33 year old former Rocket Richard winner, Calder Trophy nominee, and two-time Olympic gold medalist originally came to the Rangers in a blockbuster deal with the Columbus Blue Jackets that saw fan favorites Brandon Dubinsky and Artem Anisimov go the other way in the summer of 2012.

He’s had 127 goals and 97 assists in 315 regular season games with the Rangers for a total of 224 points, including a 42 goal season in 2014-15, in addition to 14 goals and 24 assists in 73 playoff appearances. More qualitatively he’s been a key element to the Rangers’ speedy transition game, his penalty killing has been crucial to the Rangers’ special teams, and in general his big body, long reach, and poise on the puck has contributed greatly to the Blueshirts’ offense over the years.

Dropping the pretense of objectivity here for a moment, he’s also scored some of my favorite goals as a Ranger and been a part of some of the best memories I’ve had as a fan. Despite his reputation for allegedly disappearing in the playoffs, being lazy, or whatever else the cranky crowd likes to say about him, I know I’m going to miss number 61.

As far as the return, the first rounder will probably be in the late teens to early twenties. Lindgren was Boston’s second rounder in 2016, and is currently a sophomore at Minnesota. He is a defensively solid kid, with solid vision and skating.

Beleskey is 50% retained on his awful contract, with two years after this remaining at what will be $1.9 million. He signed his bad deal after a career year in Anaheim, and is now in the AHL. If he remains buried, it’s a $900k cap hit. That’s nothing.

Beleskey appears to be a body to make the salaries work. Spooner is actually a nice get, in addition to the first rounder and Lindgren. First reaction is this is a great haul for Nash.