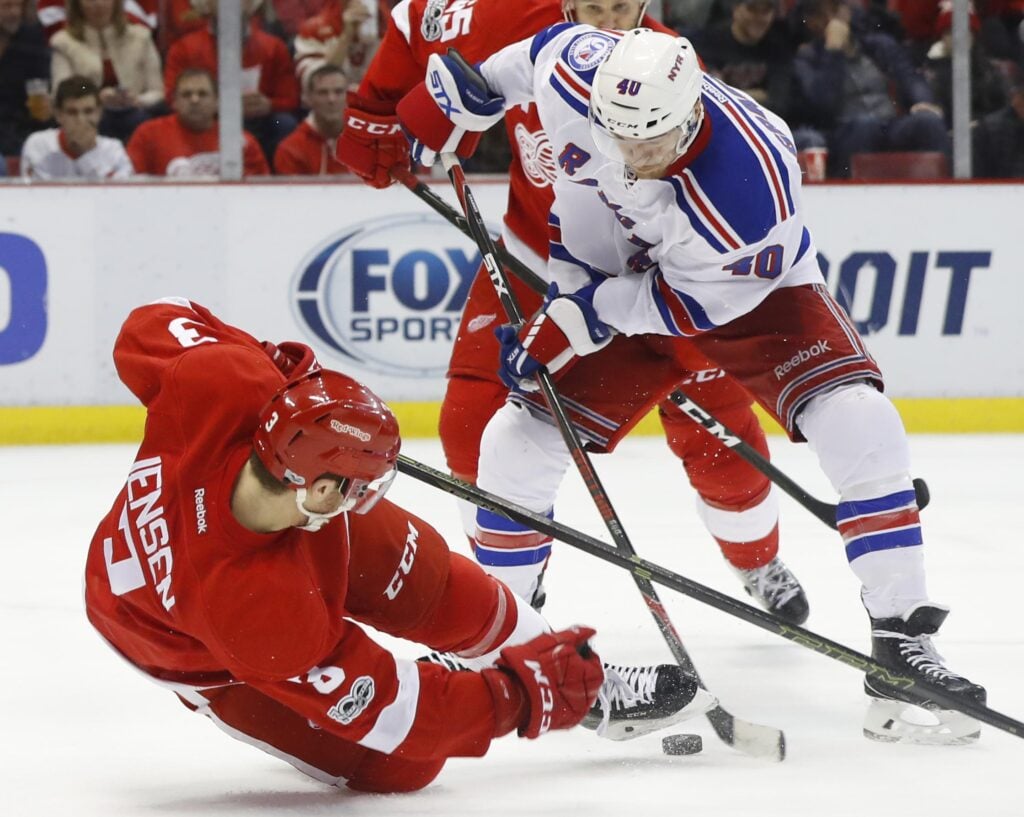 The Rangers are in full sell mode. Nick Holden and Michael Grabner are gone. Rick Nash is already out of the lineup pending a trade. David Desharnais isn’t being talked about, but I wouldn’t be shocked if he’s moved. Rumors are abound for Ryan McDonagh. The sell is on, and if the first two trades are telling us anything, it’s that Jeff Gorton is acting on his plan.

The rumors were that the Blueshirts were targeting prospects who were close to NHL ready over top picks. The logic makes sense. They have some great assets to sell, but the news was a bit of a scare. Targeting NHL ready kids can potentially mean sacrificing long term potential. It was worth keeping an eye on, but not worth worrying about at that moment.

The Grabner trade is where we start to see the vision taking place. The Rangers could probably have grabbed a late first round pick and a mid prospect. But Gorton held out, and got an NHL ready kid in Yegor Rykov and what will likely be a mid second round pick. Remember that the Devils are likely one-and-done, so they are going to be in the 45-50 range for that pick. A top NHL ready defense prospect and a pick in the 45-50 range for a bottom six forward? Sign me up for that all day everyday.

This sets Gorton up nicely for a Nash trade, where the price will be higher than Grabner’s. We may be looking at a close to NHL ready prospect, a first round pick, and potentially more for Nash. Expect even more for McDonagh, if he’s moved.

The vision is there, and the execution has been spot on for the first two trades. It’s the big guns that are next. Two more home runs are needed before any celebrating can begin, though. But so far, so good for Gorton.