For just the fourth time since December 20 or so, the Rangers won a game in regulation. It also felt like the first win this year. The second sentence is hyperbole, of course, but the first is not. It’s been few and far between with regulation wins, and last night’s was quite nice. I know, I know. “All In For Dahlin.” But I’m sorry, I still like seeing the team play well and win. And they did both last night.

However they could not avoid the injury bug again, as Ondrej Pavelec joined the list of walking wounded. It looks like he tweaked his knee, and Henrik Lundqvist took over in the second period. Hank was marvelous, giving a metaphorical middle finger to the coach that said the team was losing because of the goalies. Enough of that though. Let’s enjoy the win.

This was solid puck movement on the powerplay. John Gilmour and Tony DeAngelo got good looks. DeAngelo’s got through to Mike Smith after a Kevin Hayes deflection, whom the Flames just forgot about. The deflection was his first of four shots, with the fourth going in.

This was a well executed transition by the Flames. Micheal Ferland read the play right and recognized that the back check didn’t cover Brett Kulak wide. He just ripped it by Ondrej Pavelec.

Curtis Lazar burned both DeAngelo and Nick Holden on this one. DeAngelo especially looked like he unplugged. Holden is just slow. Then Henrik Lundqvist got caught between decisions and Lazar poked it underneath him.

Flames take a 3-2 after scoring on the power play pic.twitter.com/DUHlnPHKkn

Both Sean Monahan and Matt Tkachuk found holes between Peter Holland and Neal Pionk on the power play. Dougie Hamilton’s shot looked to hit Monahan’s stick, but upon further review it either hit Tkachuk’s stick or Pionk’s skate. I still can’t tell. 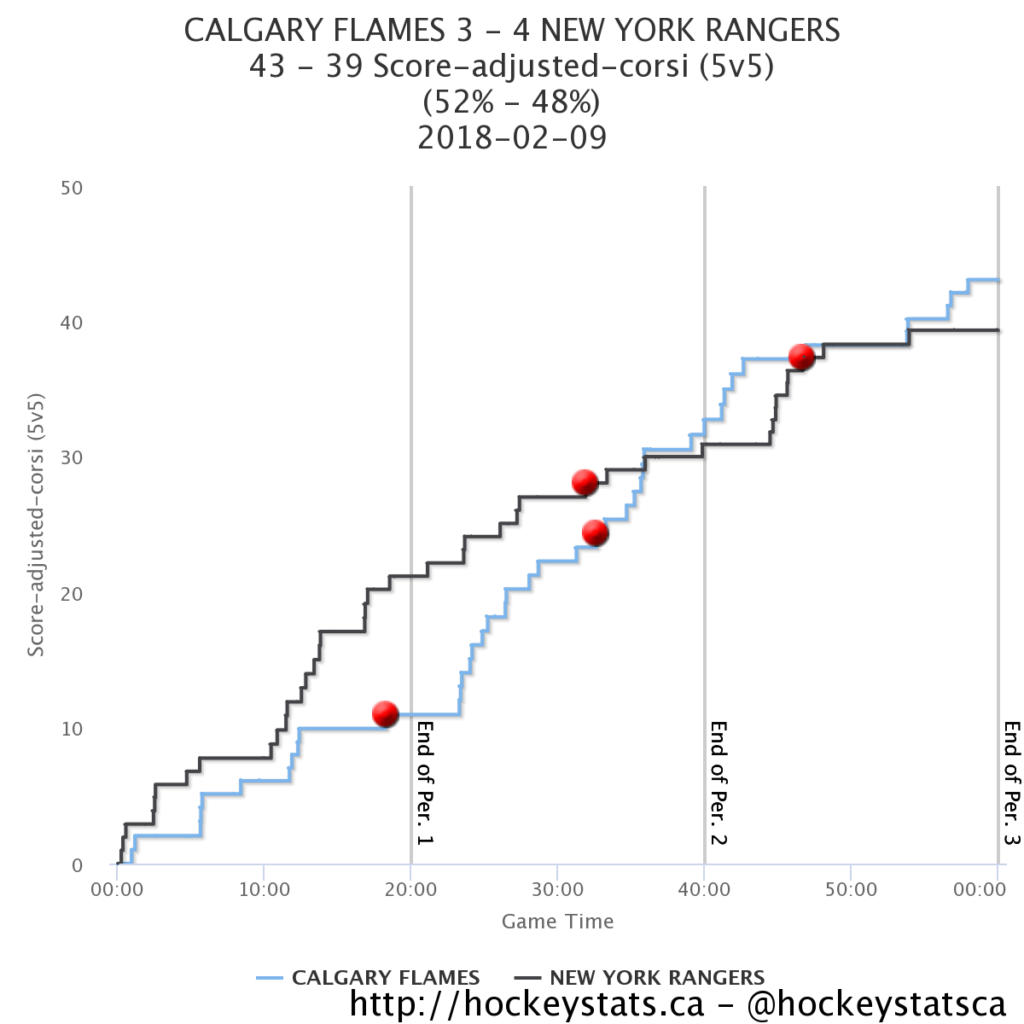 But that second period, woof. 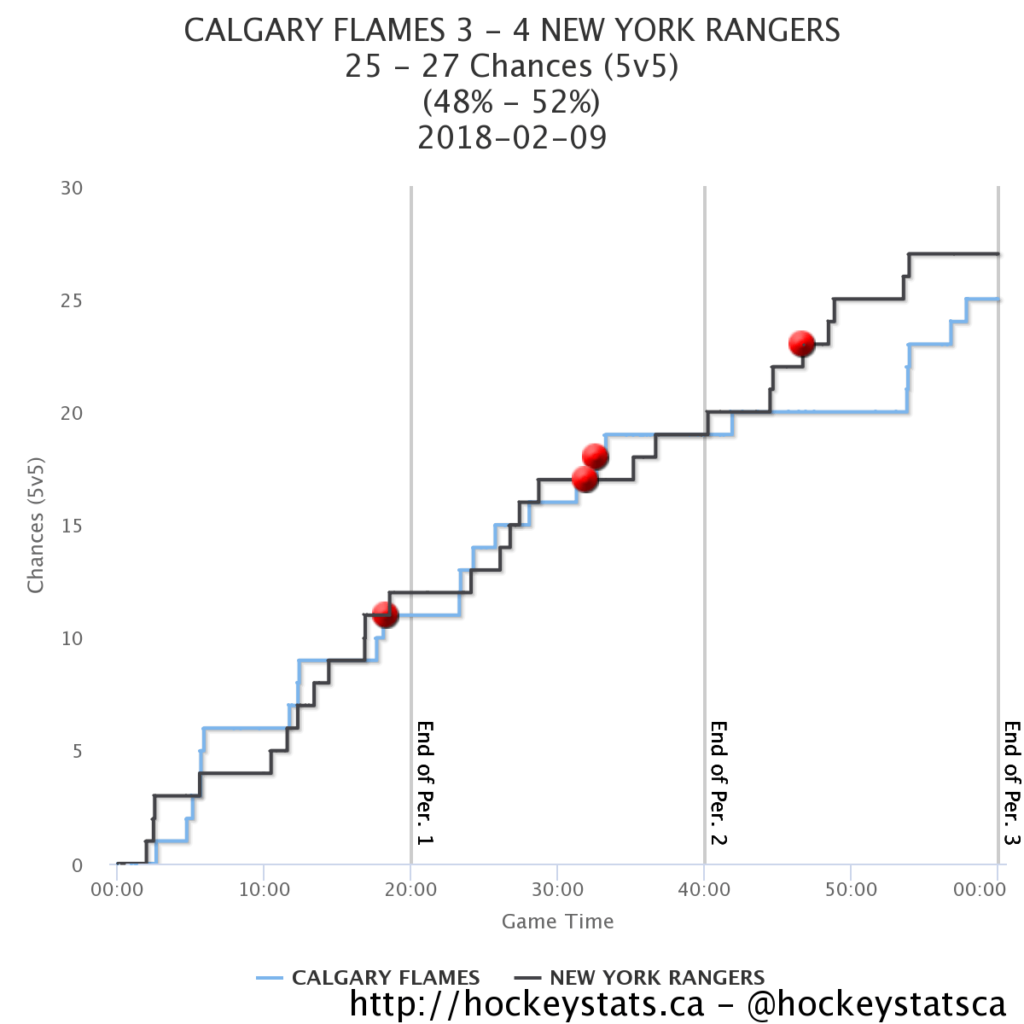 Oh hey scoring chances. Remember those? The best part is that the Rangers made the Flames flat line for a while when it counted. Hank made up for the rest with some stellar saves.

I find it funny that the Rangers are officially sellers, they won a game. It was bound to happen. They weren’t going to lose every game the rest of the year. It was nice to see a team effort and a win. The kids earned another game.