I don’t know what to call last night. The Rangers just no-showed completely. Except for Rick Nash, who played well. Henrik Lundqvist didn’t have a good game, but there’s no reason a 35 year old should be playing this many games in what is basically a lost season. Considering what Hank has had to deal with all season, I’m giving him a pass on last night. It’s not like he would have made a difference anyway.

The Bruins are a good hockey team. I get that. The Rangers are injured. I get that too. But to completely give up? In the third period, they weren’t even trying. Heck, in the second period they weren’t even trying. They stopped skating once they gave up four unanswered. Anton Khudobin made a few nice saves, but wasn’t really tested much. The Bruins probably didn’t even break a sweat.

On to the goals.

Rick Nash is good at hockey. He stole the puck from Zdeno Chara, then beat Khudobin with a nice shot. The only bright spot of the game last night.

Brendan Smith lost the puck at the blue line. It turned into a 3 on 1 against Tony DeAngelo. DeAngelo puck watched after allowing the pass across to David Backes, which Hank miraculously stopped. JT Miller and David Desharnais were caught watching different guys as well. Riley Nash was wide open. Horrible all around.

Steven Kampfer gave the puck away to Jake DeBrusk behind the net. The pass to Chara was open by design (overload means weak side point is open). Chara had time with Zucc as the screen, and Hank couldn’t see it. He guess wrong. No real systemic breakdown here, just a good hockey play.

Hank is allowed to give up a bad goal every now and then, given the other stuff he has to stop.

Tim Schaller schooled Smith and DeAngelo. Both had a horrible night.

This goal was a joke. Brad Marchand got a few bounces to spring him, sure. But Ryan McDonagh and JT Miller just didn’t pick up Patrice Bergeron? Really?

Smith pinched, got beat. Another odd man rush against DeAngelo, who took the pass (the right play). Sean Kuraly beat Ondrej Pavelec with the shot. 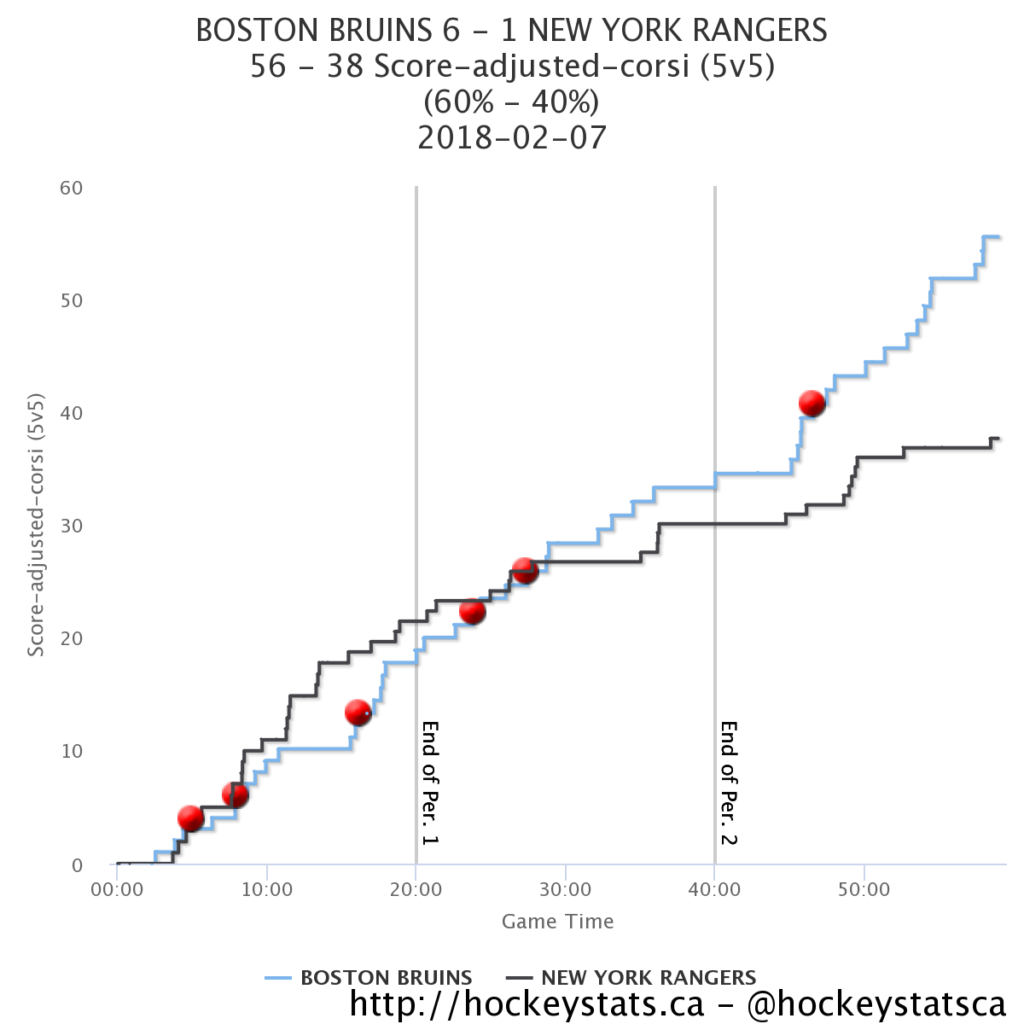 It’s amazing that the Bruins and Rangers were even in shot attempts for a while. It wasn’t until the game was 5-1 that there was a big difference. Usually in these games, the losing team gets a bump at the end because the other team just turtles. But not the Rangers. They gave up. The Bruins got more shots than the Rangers, despite being up by five. Embarrassing. 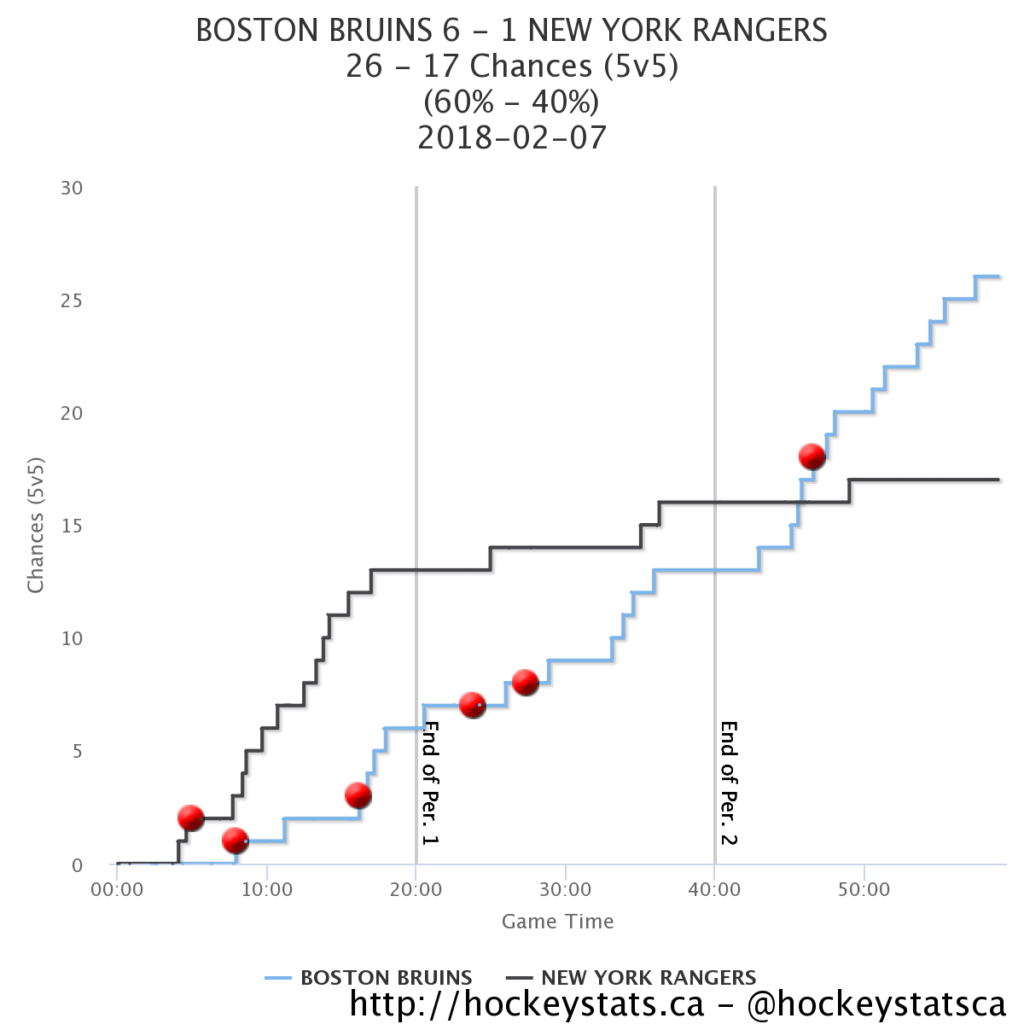 I’m expecting the Rangers to start making moves this week. This is an utter embarrassment to the club and it’s insulting to the fans.