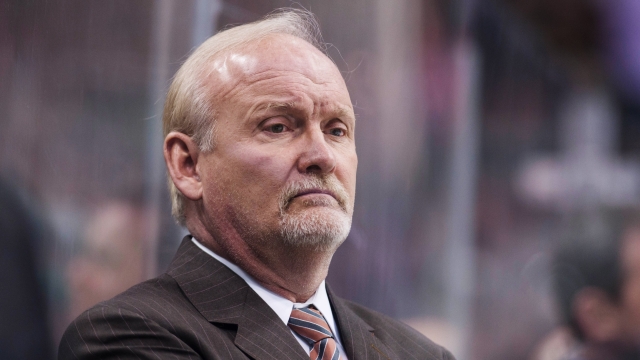 Three good questions for the mailbag. Don’t forget to submit your questions using the widget on the right.

Felix asks: It’s an open secret that the Rangers would trade McDonagh for the right package, wouldn’t it behoove interested teams as well as the Rangers to consummate a deal ASAP so as to mitigate the risk of injury prior to the trade deadline? In fact, wouldn’t this be true for all the Ranger players who are probably on the block (Nash, Grabner, etc…)?

There’s always risk and reward when it comes to the trade deadline. It would behoove the Rangers to make these trades as soon as possible, since there is a risk of injury. However in doing so, Jeff Gorton risks not getting full potential for an asset. Take Ryan McDonagh, for example. It’s already been publicized that he’s been playing through nagging injuries, however any shot blocked has the potential to seriously injure him. But there could also be a bidding war, as he’s seen as the best defenseman available not named Erik Karlsson. If the front office moves him too quickly, they may not give the bidding war enough time to mature, thus maximizing their return. Maybe Steve Yzerman panics and adds Mikhail Sergachev, or Toronto adds Mitch Marner. It’s high risk, high reward.

Andrew asks: Are you going to be updating your Hockey 101 page? I’ve read through it all, but there’s a lot that hasn’t been updated in a while.

This is a tricky one. There are really two answers here, one pertaining to the Rangers, and the other pertaining to hockey systems as a whole.

Addressing the Rangers first, we update those when there is a coaching change. There may be an update to that coming this summer.

As for the overall systems, that’s a much more detailed answer. The reason why that hasn’t been updated in a while is two-fold. First is that most of these systems are standard systems. Every coach in the league runs some variation of these systems. We get some rarities, like Alain Vigneault, that run complicated hybrids, but for the most part coaches are unoriginal and rarely stray from the status quo.

That brings me to the second piece: Hockey is notorious for being an old-boys club. Rarely do they bring someone in from the outside to coach or run a team. That leads to stagnated innovation. Sure, teams have had to adjust for the transition game, but that and the 1-3-1 are the only new systems to truly stick around.

TLDR version: When there is a coaching change, or a new coach brings in a new system we’ve never seen, expect more detailed systems posts to come out.

James asks: Do you think the Rangers will actually fire AV? When?

However that doesn’t mean the assistants are safe. Benoit Allaire is the only coach that is safe right now. Scott Arniel will be the fall guy for not generating enough shots offensively. Quality over quantity is fine, but not to this extent. Ditto Lindy Ruff for the defense, which is a complete train wreck.

That said, the buck stops with AV. These are his systems. Arniel and Ruff are just his messengers. Ruff ran the same system in Dallas, got fired, and now Ken Hitchcock has the Stars actually doing a good job defensively. But he was hired because he knows the system, and the Blueshirts are now on year three of not being able to execute.

As for who replaces them – I have no idea.