Which kids in Hartford could make a difference? 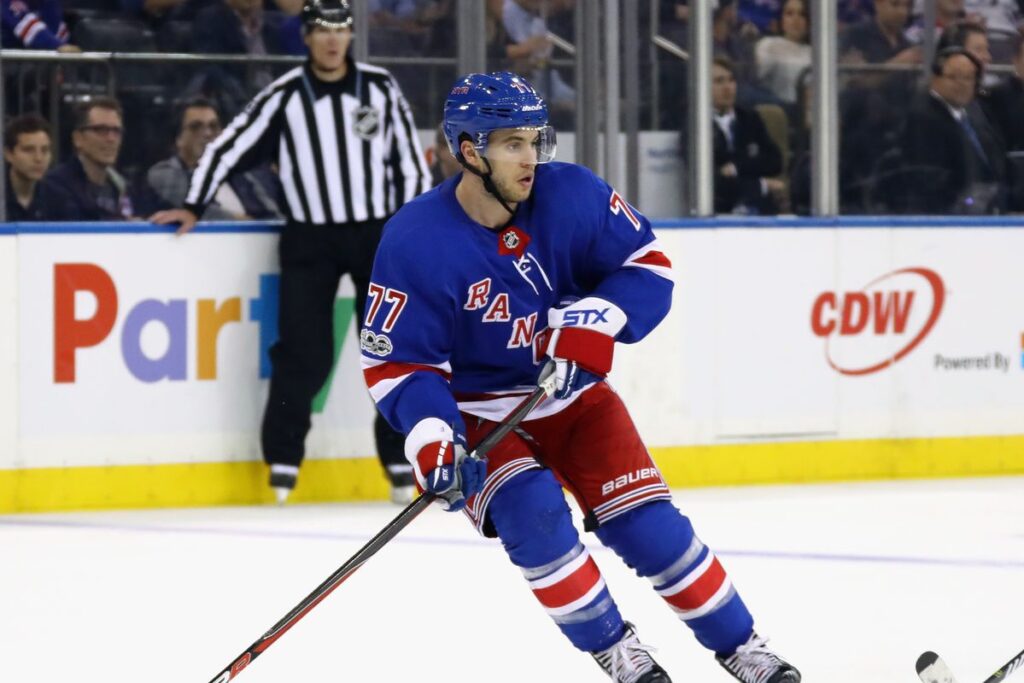 The New York Rangers are not a good hockey team. Aside from their run in November, which was largely due to a regression in SH%, the Blueshirts aren’t even a .500 team. They’ve hemorrhaged shots like they’re getting paid to do so, and they are basically playing uninspired hockey. The last time we saw this happen, one that didn’t result in the firing of a coach, the Rangers recalled Carl Hagelin. That team went on a run to the Eastern Conference Final.

In theory, a shot of youth could get the team going. I say in theory because we’d still need to see the coach actually willing to play a rookie in a key role. Heck, he won’t even play the team’s third highest scorer in the top-six on a consistent basis. But let’s say this is Bizarro World, and Alain Vigneault will allow any kid that is recalled to play to their strengths, which kids could actually make an impact?

Neal Pionk – The undrafted free agent defenseman made waves in the preseason with his solid and steady play. He was among the last players cut at camp this preseason, which shows how close he was at the start of the season. Pionk has a relatively decent line of 1-11-12 on a Hartford team that gives up goals almost as much as the Blueshirts do. If he was that close in preseason, he could, in theory, be a stabilizing presence on a blue line that needs it.

Tony DeAngelo – DeAngelo got a pair of games in the NHL before being returned to Hartford. He had some serious issues in his own zone, but to be frank, he’s no worse than anyone else on this roster right now. He has tremendous offensive upside though, and at some point he’s going to get a shot. The Blueshirts didn’t trade Derek Stepan for him just to give up on him after two games. The kid had a terrible start to his AHL year, but appears to have figured it out recently, and his line of 2-11-13 is mostly from his recent play.

Boo Nieves – Funny how timing works out, doesn’t it? Alain Vigneault, once again, shows that he won’ stick with true rookies (note: not kids, just rookies), no matter what.

Naturally, the Blueshirts would need to make some room on the roster. That shouldn’t be tough. Steven Kampfer and Paul Carey are two immediate players you can ship to Hartford to open one forward and one defense spot. That should be enough, as a pair of kids might do the trick.

Or, as mentioned this morning, the Rangers could simply open a bunch of roster spot with some trade deadline selling. I wouldn’t put any money on it, but anything is possible. These four kids (and more – like Ryan Graves) need/deserve a true shot.