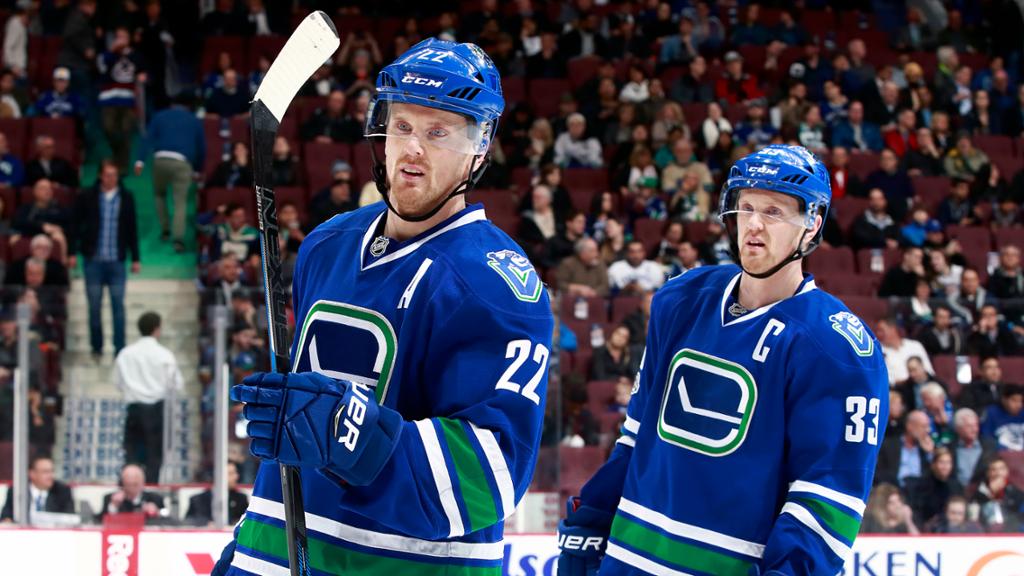 The Blueshirts are a team that will live and die by their ability to get quality scoring chances. They don’t get quantity, but when they get quality, they go in the net. Combine that with Henrik Lundqvist, and you get a team that, if they get hot, can make a run. That said, the overall process is lacking, and that begins with roster construction.

The Rangers need another center. David Desharnais is a nice story, but not the true answer. Ditto Paul Carey. It would be ideal if the Blueshirts can add to the blue line –or subtract by jettisoning Nick Holden and/or Marc Staal– but that likely won’t happen.

With Vancouver basically out of the playoffs, look for them to sell off some assets. They don’t have much, but their top-end assets are worth something.

Henrik/Daniel Sedin – Let’s be real, you won’t get one without the other. The Canucks can probably get a killing for their 37 year old twins, who are on expiring deals. Very few teams can afford to give up assets to land them both, but if they do, they’d be instantly upgrading their entire forward corps.

Acquiring both Sedins would address the center problem (Henrik) and the injury to Chris Kreider problem (Daniel). Plus it forces both Desharnais and Carey out of the lineup for more stability. There’s the added bonus of them having familiarity with Alain Vigneault.

Acquiring both Sedins likely requires a combination of young roster players, top prospects, and top picks. Expect to part with something you don’t want to part with (Buchnevich, Chytil, or Andersson), plus a first rounder, plus more. This is the ultimate going for it move.

Thomas Vanek – Vanek isn’t a center, but he’s still a dangerous asset, especially on the powerplay. He’s not the 40 goal guy anymore, but give him space and he can still snipe a corner. He’s also a pending UFA, and will cost significantly less than the Sedins. If Kreider doesn’t return, Vanek is likely a cheap replacement for the eventual “rental for a Cup run” trade.

Erik Gudbranson – It’s going to be funny when some team trades for Gudbranson. He’s a defenseman, and he’s not all that good. Luckily AV seems set with his defensemen, for better or for worse. But believe it or not, AV’s preference for Holden et al is actually a good thing here. Avoid at all costs.

Alex Edler – Edler would be a great get for the Blueshirts, but he doesn’t really have a role on the club unless there’s a piece from the blue line headed the other way. Signed for next year as well at a reasonable $5 million, Edler would be an instant upgrade on Holden and Staal (and Kampfer). If AV is really dead-set on sitting Brendan Smith regularly, then Edler would be the ideal replacement. That said, this isn’t happening.