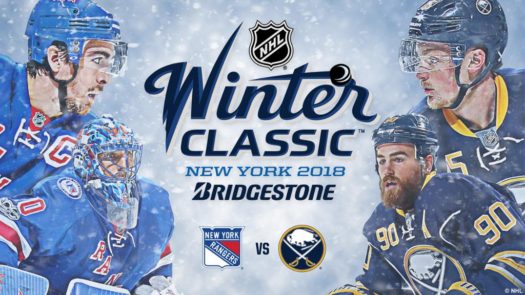 The Rangers showed improved process on Wednesday night, winning a nail biter against Washington in a shootout.  They look to build on that game tonight against the Red Wings in Detroit.  The big news the past few days was the loss of Chris Kreider to a blood clot in his arm.  With these developments and the Winter Classic coming up, as you can imagine, I have some thoughts…

1. First, the Kreider injury.  This is one of those situations where the health of a human being supersedes anything hockey related.  First and foremost, you hope Kreider makes a full recovery, simply because blood clots can be extremely dangerous.  Complications can lead to stroke or heart attack.  Get well soon, Mr. Kreider.

2. On the ice, it’s not quite as dire, but it will continue to test the Rangers’ forward depth.  Nash/Zuccarello and Miller/Buchnevich need to be the top six wingers with regularity.  AV has the luxury of versatility with Grabner and Fast, and if the 6-8 week time frame holds up for Kreider, I’m sure we will see plenty of tinkering.

3. I like the Lettieri call up, given the long-term nature of Kreider’s injury.  He has been producing at the AHL level and this gives the organization a longer leash to see what they have in the 22 year-old Minnesota native.  I’m honestly surprised the organization didn’t tap Peter Holland as the call-up, given his NHL experience and AHL production this season, but Holland is what he is.  I’m glad they are giving Lettieri a shot.

4. AV needs to figure out defensive pairings that do not put Marc Staal or Nick Holden with Ryan McDonagh.  I get that his preferred style of defenseman does not fit the mold of a Brady Skjei or a Kevin Shattenkirk, but for the love of all that is holy, he needs to understand that Staal and Holden cannot be relied on to deal with the oppositions best players on a nightly basis.  Especially in the playoffs. (assuming the team makes the playoffs, that is).

5. It looks like Ondrej Pavelec is starting to let some of that Allaire magic seep in.  This isn’t a results thing, either.  You can see his style evolving.  His set is getting wider, his movements quieter.  He looks like an Allaire goalie.  I still need a bigger sample size to see if it sticks, but with the results he has been getting lately, he needs to be trusted a little more to give Hank some rest.  Maybe AV could do it on a back-to-back this time instead of coming off a four day Christmas break?

6. I’ll be honest, I enjoy the Winter Classic.  I would never want to attend one, mind you, as it seems like there is not a decent sight line in the entire place for most events.  There is something still charming about watching a game outdoors, and putting it on New Year’s Day when you can recover from the prior night on the couch watching hockey just works.  I know the novelty has worn off for many and that is completely understandable, but I’m looking forward to it.

7. The Rangers currently have the best goal differential in the division and are locked in a top 5 battle that is separated by only five points.  The Metro is still the biggest meat grinder in the game (especially with the Devils rise, to, uh, relevance?), but with parity (or mediocrity?) at an all-time high, it should make for a very interesting or really slow trade deadline, with so many teams remaining in contention.  I wonder if we will see more simultaneous buying and selling this year.

8. The Blueshirt’s schedule is about to get crowded in a hurry.  With 12 games in January and 14 in February, the Rangers should have a good idea where they stand come the February 26 trade deadline.  The schedule itself is a bit of a mixed bag, but the Rangers needs to continue piling up points if they want to avoid slipping out of the playoff picture.

Well, that’s it for me this week.  On behalf of myself and the entire BSB staff, I hope everyone has a safe and happy New Year!  Stay warm and enjoy the Winter Classic.