The Rangers are an enigma 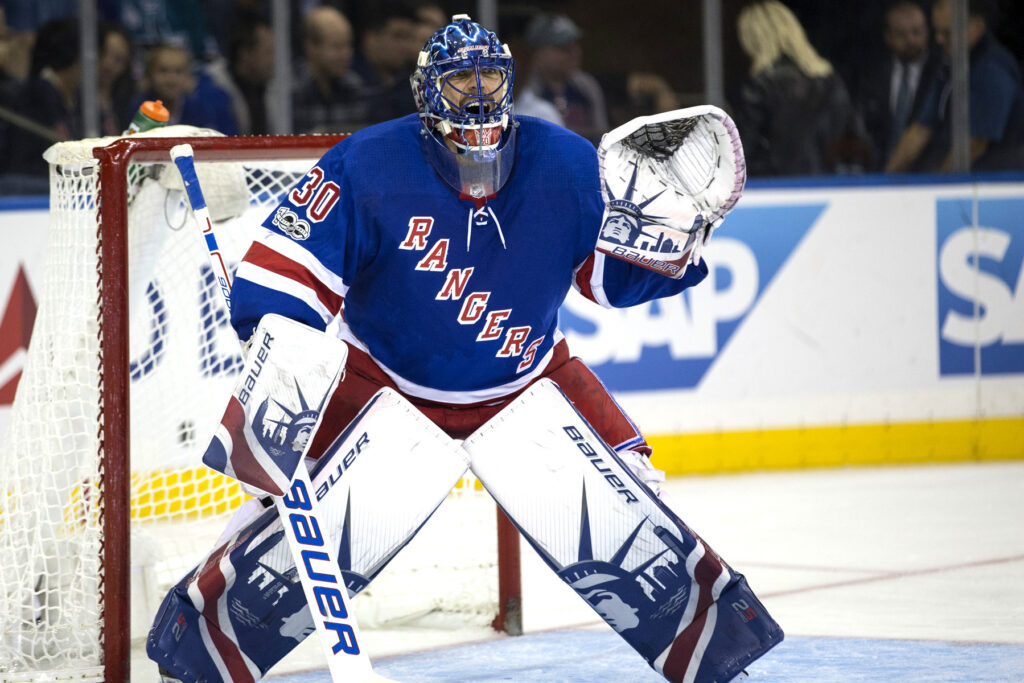 As fans, we love seeing the Rangers win. As smart fans, we love it more when they win and have good process on the ice. I still love the wins, but as bad process has continues to trouble the Rangers, I’m waiting for the other shoe to drop. That shoe, of course, is Father Time coming for Henrik Lundqvist. So while I wait for that, I consistently check on-ice process, hoping for an improvement.

The Rangers are a weird team and Alain Vigneault is a weird coach. This is a club that, for the past three seasons, has consistently outperformed basically every stat that we use as predictive measures, at least in the regular season. Outside of the 2013-2015 runs, the Rangers haven’t exactly performed well in the playoffs. There has to be a reason why they consistently outperform their stats in the regular season, though.

One thing that has been a steady statement is that the Rangers are a great offensive team that struggle mightily on defense. This year especially, the strategy has been “score a few and hope Hank makes the save.” It’s worked so far this year, but Hank is 35 years old. So we hope for better process.

In an effort to see how the Rangers’ process has been doing over this 6-3 run in December, I looked at each individual game and looked at the xGF and xGA numbers, as well as outcome. Not the most sophisticated approach, and full of small sample size warnings, but I wanted to see how they were doing.

*-All stats from Corsica.hockey. I had to manually make these tables, as there was no other way to gather this data. Woof. If I miscounted, yell at me in the comments. Was not intentional.

Right off the bat we see some bad trends. The on-ice process resulted in a favorable xGF just three times, with the Rangers going 2-1 in those games. They went 4-2 when their xGA was higher. It’s worth noting that the Rangers outscored their xGF in eight of the nine games. That means two things: They are seeing their skilled team shoot better after a rough and unlucky start to the season, and their powerplay is really picking up the slack. Eventually that will level out. When you take a team that doesn’t have a favorable xGF/xGA (aka xGF%) ratio and combine it with outperforming their xGF, you have a team that is skating on thin ice.

Now that is a small nine game sample over a period of time where the Rangers didn’t have their top center. It’s a very valid argument. So let’s go into November, where they went on a huge run while fully healthy. The Rangers went 9-3 in November.

The fully healthy Blueshirts had an xGF > xGA in 7 out of 12 games, going 6-1 in that span. That means they went 3-2 in the five games where their xGA was higher. The Rangers also outscored their xGF in all but one game. So the same observations above apply. But it’s also better process when the team is healthy. A fairly logical statement, but one that shows the team desperately needs another center, something we’ve beaten to death since July.

This is also small sample size of a healthy team on a run. Let’s look at October, the month that drove most fans to the ledge. The Blueshirts went 4-9 this month:

The Rangers had a xGF>xGA six times on October, going 1-5 (!!) in that stretch. In the seven times they had a higher xGA, they went 3-4. Funny enough, the Vegas game that saved AV’s job was actually the worst defensive performance of the season at that time, in terms of xGA. It’s also worth noting that in this month, AV spent a good amount of time messing with us by dressing 11F and 7D.

All in all, the Rangers have had a xGF>xGA 16 times this season, going 9-7 in that span. Compared to the 18 games where their xGA was higher than their xGF, going 10-8 in those games.

So what does this tell us? This is by no means a concrete statistical analysis. It’s just a fun little exercise that I wanted to do. This has no statistical proof or bearing. But there are a few things we can take from this:

The Rangers, at least in this exercise, appear to be trending in the right direction. However we have three really weird months to work with, and none are truly indicative of this team’s true potential. October was a train wreck. November was the complete opposite end of the spectrum. December isn’t done and influenced by injuries.

I have to admit, I was hoping to get something more concrete while doing this. Alas, it was not to be. The “just win baby” mentality is incredibly flawed, as we can all see that this team is not as good as their record after October. They also are not as bad as their record in October. The Rangers are an enigma.