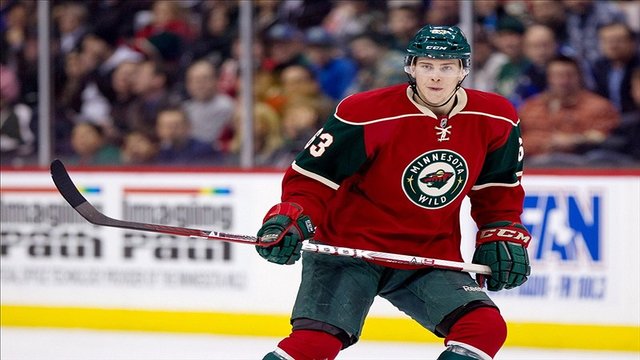 As the need for another center grows, as does the wild speculation of who the Rangers want. It started with Matt Duchene, but that didn’t happen. Derick Brassard makes sense, but the Rangers like trading for guys under 30 years old. Ryan Nugent-Hopkins sounds nice in theory, but can Edmonton really trade another top-five pick?

Minnesota is my go-to for these situations, since the Rangers have been linked to them on major rumors over the past two seasons. Nothing has materialized, although there might be a fit now involving Charlie Coyle.

For the Rangers, Coyle makes a ton of sense. He’s a C/RW, so he won’t be a block for Lias Andersson or Filip Chytil. He’s young (25) and cost controlled (two more years after this at $3.2 million), so he’s not a rental. He’s fast and skilled, so it fits with their recent philosophy.

For Minnesota, they have a glut of center depth (Coyle, Granlund, Koivu, Staal, Ennis, Winnik), with the first five signed to multi-year deals. They have first rounder Luke Kunin also waiting in the wings in the AHL. Their position of strength is center.

The Wild also have a cap concern, with new contracts headed to Matt Dumba and Jason Zucker. Both are going to get big raises. If the Wild hope to retain both and fill the UFA holes, then they might need to shed some salary.

Minnesota also appears to need some younger defensemen, which just so happens to be an area of strength for the Rangers. Might someone like Anthony DeAngelo, who seems to have finally found his groove in Hartford, be a good starting point in negotiations? What about Ryan Graves? Obviously more needs to be added on the Rangers end (assume draft picks after the first round), but there could be a good framework here.

These two teams actually make good trading partners in a C for D swap. Don’t expect the Wild to take on Nick Holden or Marc Staal, that’s a pipe dream. But there is room for a real hockey trade between these two clubs. Personally, turning Derek Stepan into Lias Andersson and Charlie Coyle (assuming a DeAngelo swap) seems like a win to me.