Scouting the trade market: Buffalo and their many forwards 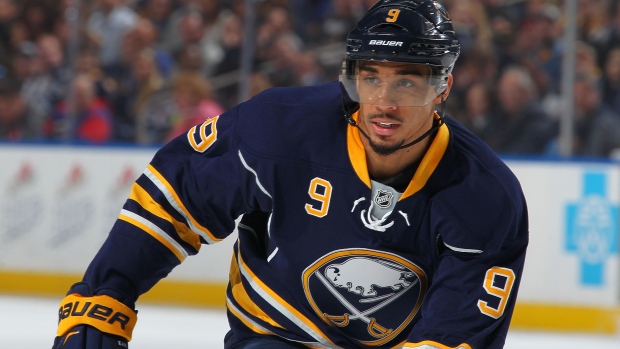 Game by game, period by period, the need for the Rangers to acquire center depth becomes more and more evident. The Metro Division is a dogfight, and the Rangers were an inconsistent mess with Mika Zibanejad. If one player can have that much impact on the lineup, then it’s a flawed lineup (something we knew already).

There is a good argument for selling assets at the deadline and moving forward with Filip Chytil and Lias Andersson behind Zibanejad next year. No matter where you fall on the side of that discussion, we all know the Rangers won’t go that route. Let’s stick to real life, where the Rangers make a deal to contend this year. We know it’s happening (barring an epic collapse). May as well accept it.

The Buffalo Sabres are one of the handful of teams that is already guaranteed to miss the playoffs. Buffalo should be better than they are, but a few bad signings have ruined their ability to add useful depth behind their talented core. I think it’s safe to assume that everyone outside of Jack Eichel is available for the Sabres.

Kane is one of the most talented players in the league who isn’t put it all together. This year, however, he’s at least back to his talent level. His 14-17-31 line in 33 games would certainly be a nice addition to the roster. Kane is also a pending UFA, so the cost is going to be lower than some of the other cost controlled players.

The downside to Kane is two-fold. The first is that as a LW, he fills a hole where one doesn’t exist. Chris Kreider, Rick Nash, and Michael Grabner have that fort held down nicely. That’s a relatively small concern, though.

The second is how Kane would behave in New York. The Rangers have a history of acquiring players with questionable behavior issues, most recently Anthony DeAngelo, although Sean Avery is still the poster boy here. The talent level is undeniable, but the off-ice issues might be a concern. That said, we haven’t heard much about him this year, which is likely a good thing.

When it comes to price, I’m pretty sure the Sabres will listen to anything and will stock up on the best players available, as opposed to targeting specific positions. The Rangers have the combination of picks and kids to get it done. But is that truly the path they want to go? Remember Eric Staal?

Both guys are centers, but both guys are certainly under performing. Girgensons, a former first round pick, has some name brand value. But let’s be real, neither of these guys fit what the Rangers are looking for. Both are a hard pass. The club has better internal options, like Boo Nieves.

Let’s not revisit this unless there’s a major injury. Pouliot is a nice middle-six LW, but again doesn’t fix any of the real issues on the team. Same goes for Jason Pominville, who is much more expensive ($5.6 million) than Pouliot.

Reinhart is certainly an interesting name that has popped up in chatter. Reinhart, another former first round pick (second overall), is not meeting the expectations that come with being drafted that high. That said, he’s still a 45-50 point player on a pretty terrible team. He’s a center that also plays RW, so there’s some JT Miller-esque versatility there as well. He’s on the last year of his ELC, so he’s cost controlled too. He checks a lot of boxes.

The Blueshirts will need to cough up a decent amount to land him, though. I’m not talking Nick Holden and Michael Grabner, either. You need to give to get in this league, and getting a 22-year-old that is already a 45-50 point player won’t come cheap. It’s going to cost someone you don’t want to part with.

Ryan Gropp, who is also 22, is not even a conversation starter here. Neither is the 30-point Jimmy Vesey. The conversation likely begins with Sean Day or Anthony DeAngelo, and then a roster player like Vesey. Even then, it likely isn’t enough. Perhaps I’m just overvaluing Reinhart. Perhaps I’m also down on Jeff Gorton and how he’s botched a few trades since he took the reigns from Glen Sather. I think Reinhart would be a great get, but am terrified of the cost.