The Rangers came into last night’s game after taking four of six points from tough divisional opponents. They were emotionally ready for those opponents, and had a seemingly easier opponent with Dallas coming to town. But therein lies the trap in the trap game. The Rangers were not emotionally ready for this game. The Stars thoroughly dominated the Rangers, and if not for Ondrej Pavelec, this game could have been ugly.

The Blueshirts were asleep for most of this game. They were outshot 16-5 (34-12 attempts) in the first and 17-5 (30-11 attempts) in the second. Pavelec made a ton of great saves to keep his team in it, but the rest of the guys just weren’t involved at all. Such a shame too, because this was a winnable game and a stellar effort from their netminder. They were lucky to get the point, but it’s not something they should be proud of.

Honka goal. Everyone on one side, and Holden turned it over despite having tons of support. Honka had all day. #NYR pic.twitter.com/HX4pAsXcSi

Every single Ranger was along the boards and low, which left both Dallas defensemen open. Once Nick Holden turned the puck over, it was easy for the Stars to get the puck to Julius Honka with a ton of room. He just blew it by Pavelec.

Goal was challenged for goaltender interference, but it stands. NYR tied 1-1 pic.twitter.com/zBca3OTQfH

Brady Skjei’s innocuous shot from the point hit a streaking Rick Nash through the crease, which deflected by Kari Lehtonen for the tying goal. 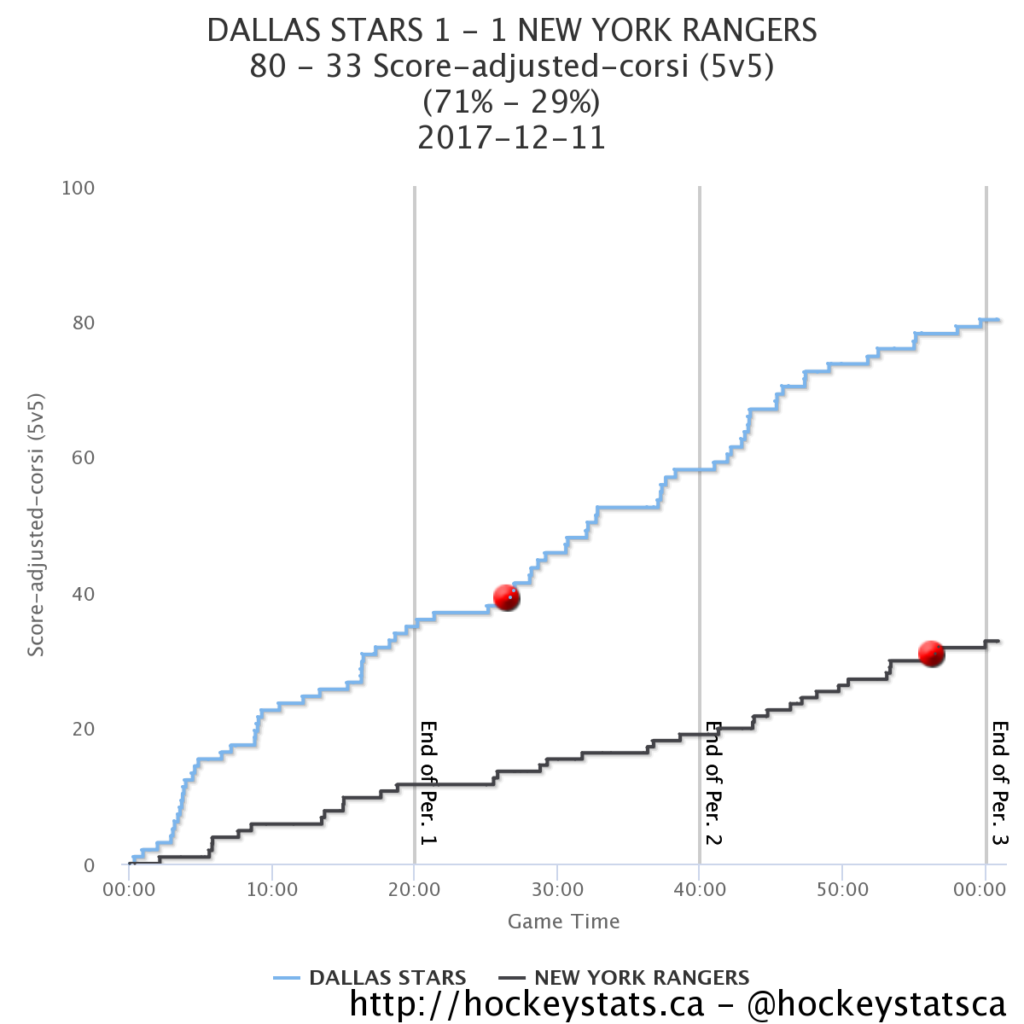 Looks like the Rangers unplugged their own controller before the game even started. 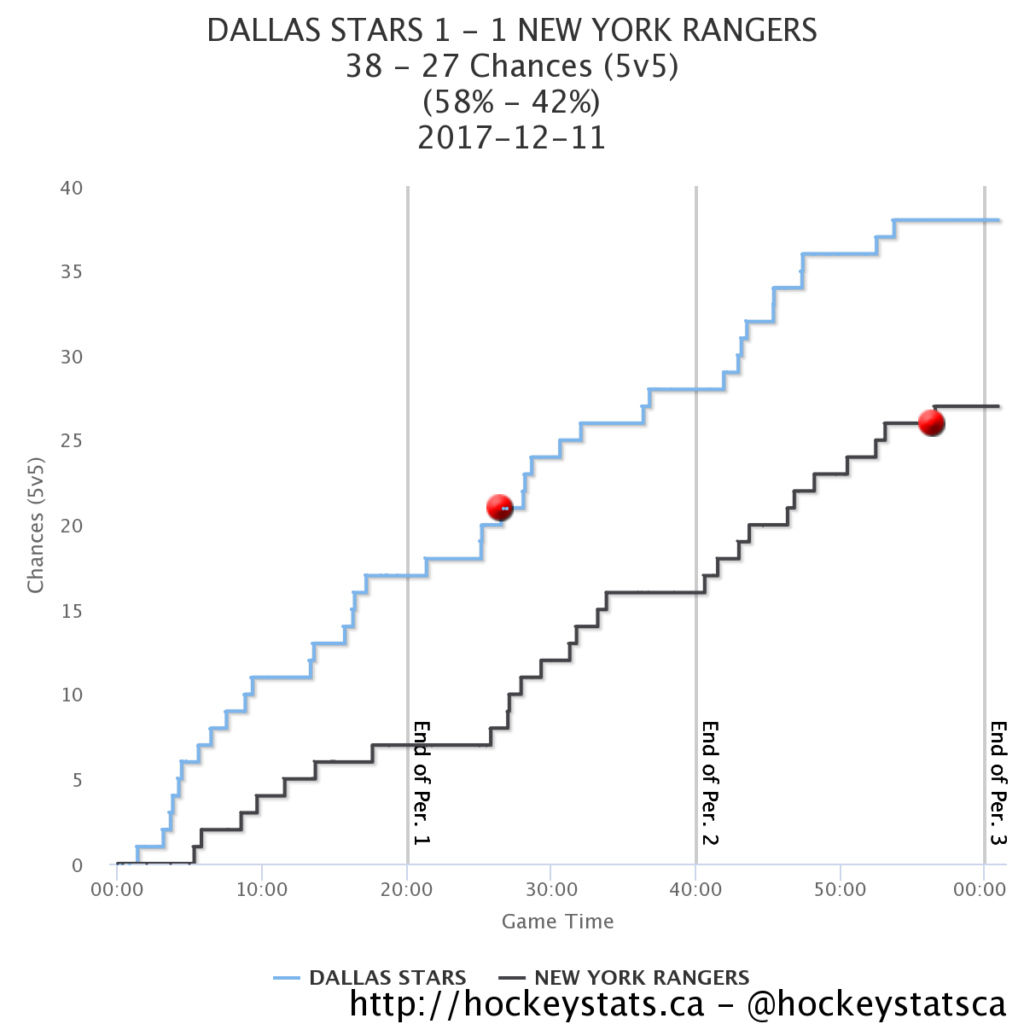 Actually, it makes you wonder if the Rangers remembered to buy the controller with the console.

Every team has a handful of clunkers throughout the season, and last night was certainly one of those for the Blueshirts. They were lucky to get a point, and I guess that’s the positive here. Let’s stick with that.