Nick Holden has been surprisingly good 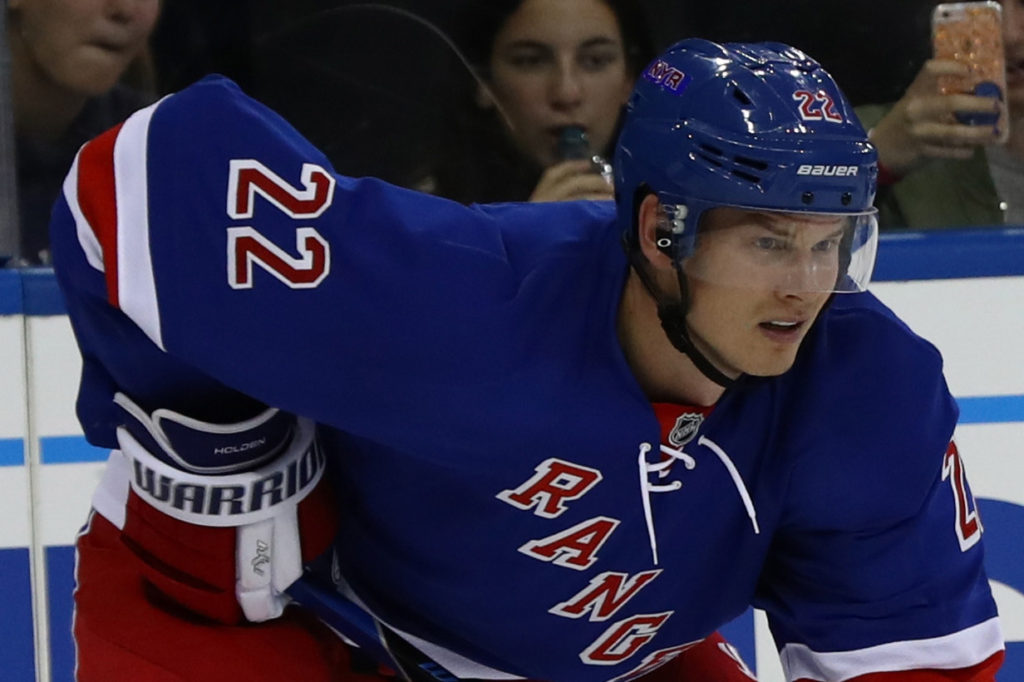 Nick Holden was the target of some much deserved criticism at the end of last season. He and Marc Staal combined to be on the ice for what felt like every tying/winning goal against in the Ottawa series. While it’s hyperbole to state they were on for all the important goals against, they were on for at least half.

There was hope that the Rangers would trade Holden and make room for one of the many defense prospects currently in Hartford. However that never came to be, as Alain Vigneault preferred to keep Holden and give the kids more time in the AHL. With the Rangers blue line a mess, Holden is a popular target for criticism. While there are gaffes, last night’s epic fail leading to the game winner for Florida on everyone’s mind, he’s been surprisingly solid thus far.

As of the writing of this post (I’m on vacation, so this was written on Saturday. The numbers may have changed a bit since) Holden is currently second on the team among defensemen (to Ryan McDonagh) in CF% at 49.9%. Ideally you want that over 50%, but that’s just nitpicking at this point. The biggest surprise is Holden’s xGF%, which is a team leading 57.62%, and it’s not even close. The next best Rangers defenseman is McDonagh, and he’s almost a full 10% lower than Holden (48.78%).

What this means is that despite the gaffes, which are more prevalent in our minds because it is human nature to miss the little things being done properly, Holden has been a driving force on both sides of the puck for the Rangers. He’s been playing top pairing minutes as well, and has done marvelously well for now.

The interesting bit here is that Holden has been performing this well while facing top pairing match ups –a product of being paired with McDonagh– and getting destroyed in zone starts (37.21% of his starts are in the offensive zone). Amazingly enough, Holden has been part of the solution, not the problem.

Is there a chance that the bottom falls out? Absolutely. Holden has no history of being able to sustain this kind of production and solid play. His entire career has been someone around a bottom pairing defenseman. However the optimist in me thinks that Holden is a good complement for McDonagh, someone who can more than hold his own with the #1 defenseman.

All numbers via corsica.hockey and at even strength.