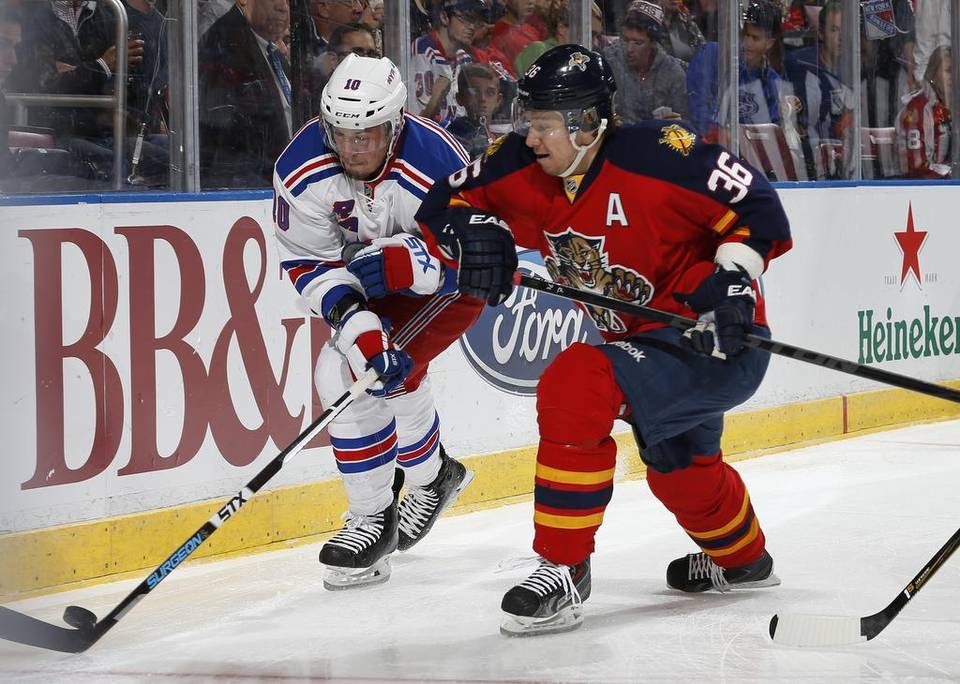 The Rangers are back at it, again at MSG, to take on the Florida Panthers. The Panthers can only be described with, “WTF?” They made a commitment to analytics, then let injuries last year completely derail their strategy before it even had a chance to get off the ground. Now they are caught in the middle, making silly trades and not really seeing any positive results on the ice.

The Panthers allow a ton of goals, which makes sense because they all of a sudden became frugal and traded away their blue liners. There’s only so much an aging Roberto Luongo can do. That said, the Panthers have a good top line, so they can put the puck in the net.

Ron Rivera is the new guy in Sunrise. I have no insight into how he has Florida playing.

Disclaimer: I wrote this well in advance of the game. Lines may not be accurate.

Crazy Prediction: Grabner with a shorty.

Game time is 7pm. Be sure to follow on Twitter for gifs, and on our Snapchat for in-game.