The Rangers and Red Wings had the rarest of the rare in today’s NHL. They had a low scoring game with great flow that was exciting to watch. Both teams traded chances up and down the ice. The Rangers got shelled in the first, but took it to the Wings in the second and third as their superior roster depth showed.

The story of this game was the goaltending. Henrik Lundqvist and Jimmy Howard put on an absolute clinic, with both trying to one-up the other with great saves. This was a great example of a game that was low scoring but still crazy exciting. The building was deflated when Tatar scored. But then came the Kreider equalizer and the Zuccarello winner to extend the home winning streak.

With the Wings on a powerplay, Marc Staal failed to clear, which gave the Wings another chance with the man advantage expiring. Eventually the puck got to Tomas Tatar by the faceoff dot, and he rifled it over Hank. Justin Abdelkader was in front, Hank didn’t see it. I also have a problem with Staal chasing that far out to block the shot, instead of trying to get Abdelkader out from in front.

Mika Zibanejad won the face off clean to Brady Skjei. Skjei got the puck to the slot to Pavel Buchnevich, who was able to get the puck through to Howard. Chris Kreider was cutting through the crease and collected the rebound.

Mats Zuccarello. What a goal. What a play by Skjei to draw two defenders to him as Zucc found open ice. The second pass got through. What a finish. 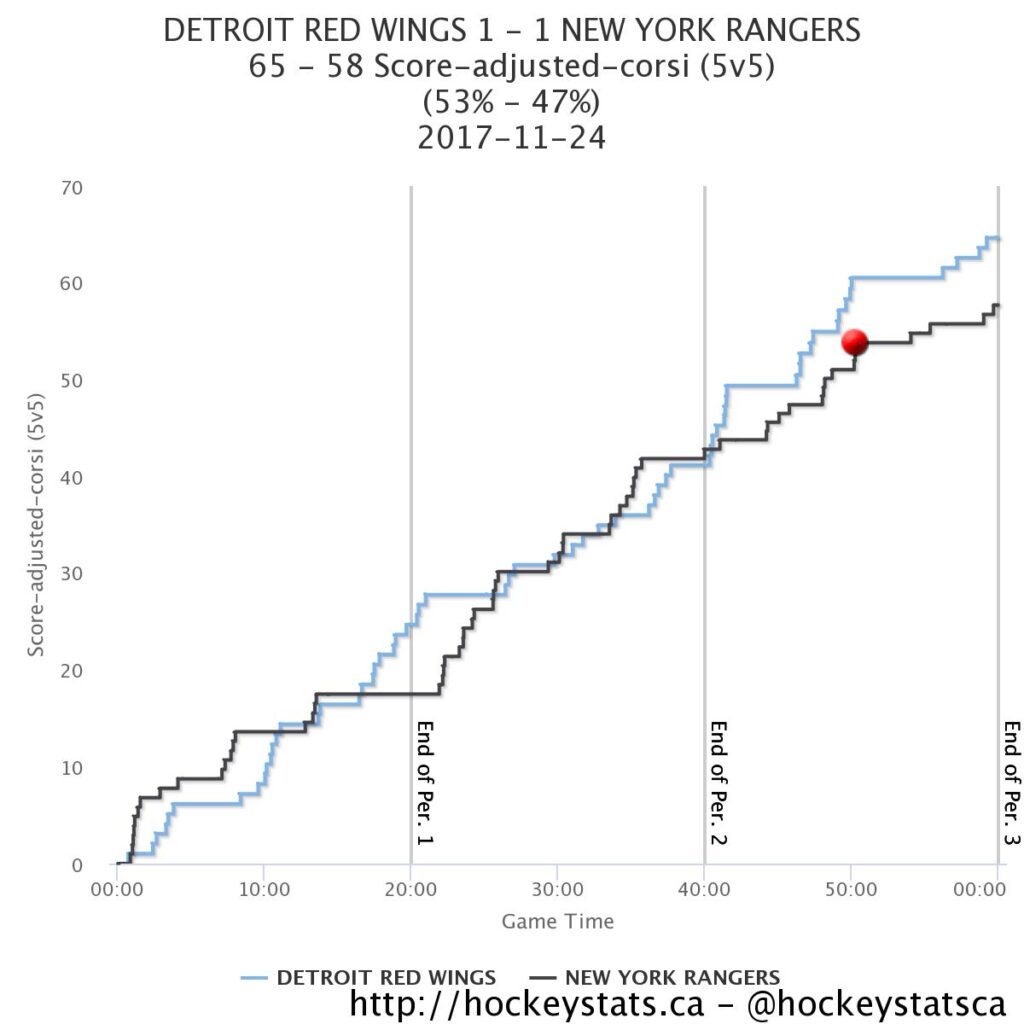 This game was relatively even at even strength. The major shot difference was because the Rangers took a bunch of penalties. But boy, look at those numbers. The teams combined for over 120 shot attempts. That’s nuts. 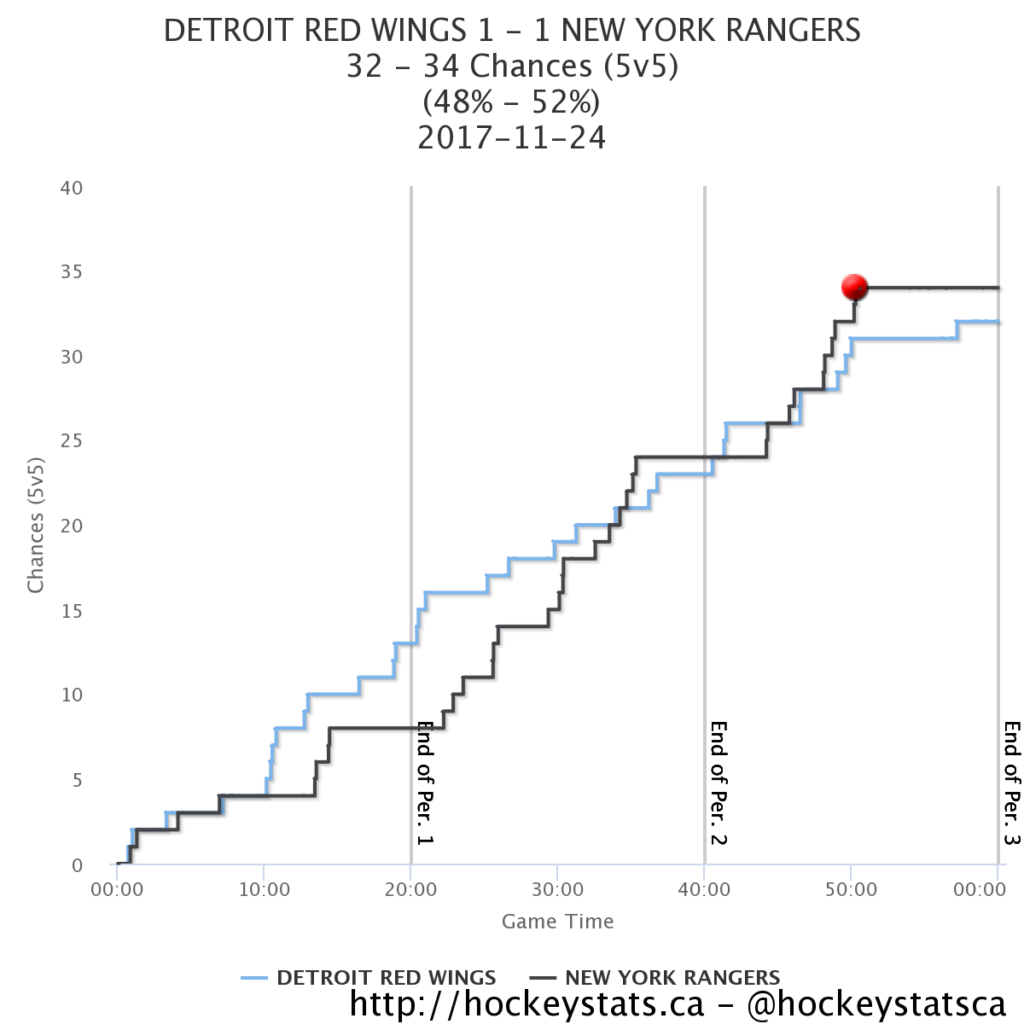 The game flow here is what we had expected from watching the game. Detroit had a major advantage in chances in the first, with the Rangers owning the second. The Blueshirts also owned the third, however part of that is likely due to pressing for the equalizer, where Kreider delivered.

Here’s the shift chart. Nothing crazy about this, but the lines were a bit of a mess after Boo Nieves left the game. Tough to really gauge match ups after that.