The Rangers came out flat, again. They’d score a goal, then let in a pair. They did that twice, actually, before the third period. The game should’ve been out of reach, but Henrik Lundqvist was phenomenal in the game, making a ton of difficult saves and being hung out to dry regularly.

Then the Rangers rallied for three goals in the third period to take a 5-4 lead. A lead they would hold for the huge two points to stay above the critical four-points-out-of-the-playoffs threshold. In that third period, it was all the Kreider-Zibanejad-Buchnevich line. The Rangers needed their top line to produce, and boy did they ever.

On to the goals.

David Desharnais made a great play to get the puck to Jimmy Vesey in front here. Vesey was good at getting position on Shea Theodore and having his stick on the ice ready to shoot.

Alex Tuch deked Steven Kampfer out of his shoes. Marc Staal went to cover him –which you can argue is the right play because Tuch now has a partial breakaway, but I’d argue Tuch had no angle and rebound control/coverage was the better play– and in doing so left Oscar Lindberg open to bury the rebound.

Three guys go to the shooter at the point. Brendan Smith was caught cheating up the ice, leaving his brother Reilly all alone in front to collect the rebound off the deflected shot. There looked to be a communication issue between Brendan and McDonagh on who to cover in front. Smith looks to slow down before lunging at the last second.

Kevin Hayes collected a loose puck behind the net, and threw it in front where Rick Nash was waiting. The pass bounced off Nash, but Mats Zuccarello, who came to the front from the corner, was there to bang it home.

There’s only so much Henrik Lundqvist can do. Reilly Smith and Jonathan Marchessault got about 9,000 on the rebound here. The McDonagh/Smith pairing did not have a good night.

What a pass by Mika Zibanejad to find the cutting Chris Kreider on the powerplay. Wow.

Fourth liner Pavel Buchnevich does it again. The top line forced Deryk Engelland into a really bad turnover. Zibanejad made a great pass to Buch, who had the empty net tap in.

Zibanejad from his spot on the powerplay. Kreider in front for the screen. Zibanejad with a great third period. 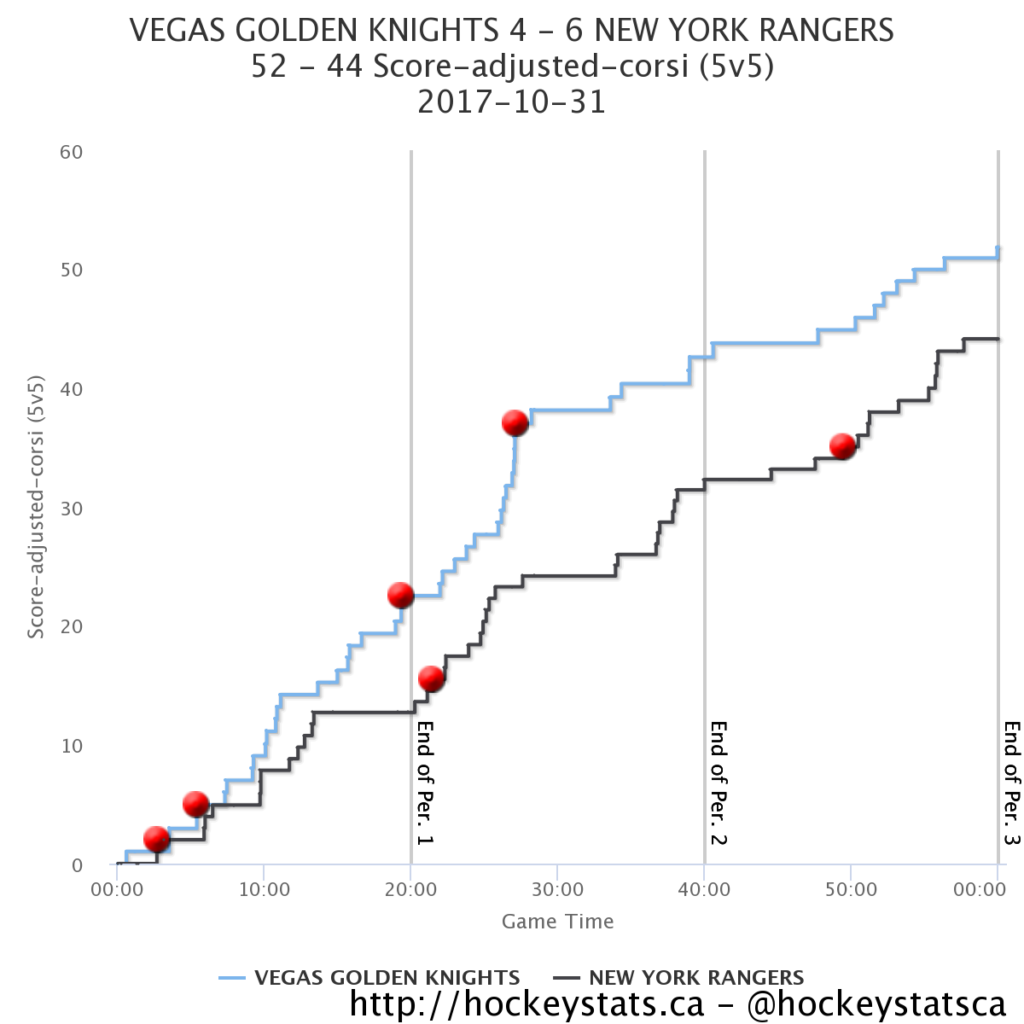 The Rangers got the win, so we should be very happy about that. However let’s remember that Vegas controlled 40 minutes of this game. Even when score adjusted, the Knights completely dominated the Rangers until the third. And they were on the second of a back-to-back. The Ranger scored three times on a 4th string goalie. 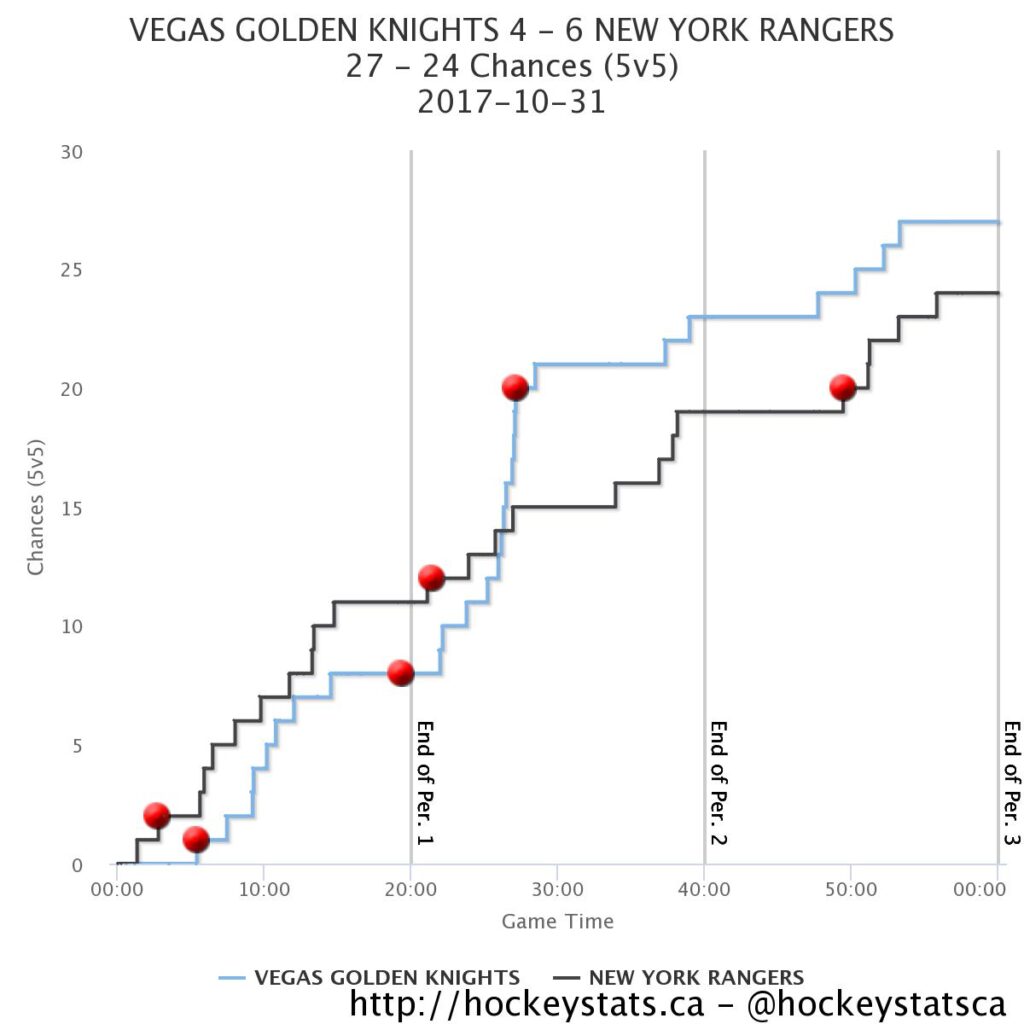 That second period was just awful. The fact that Hank only allowed one even strength goal is a miracle, no doubt about it. He’s the reason why it wasn’t 18-2 after two. Let’s not ignore the first, which was also really bad defensively.

Here’s the shift chart. There’s no real craziness here. That’s what happens when you actually put together four lines that work, even if slightly flawed in the bottom-six. Staal and Kampfer saw too much ice time for my liking, but it’s not like McDonagh/Smith were any better this game.

The Rangers may have saved Alain Vigneault’s job with that come from behind win last night. Of course, it may be too little too late, as they again came out flat and were crushed in the first period. Either way, the good news is that the Rangers didn’t shoot themselves in the foot against a 4th string goalie on an expansion team playing the second of a back-to-back. Baby steps.