Rangers Opening Night – Three things to get excited about 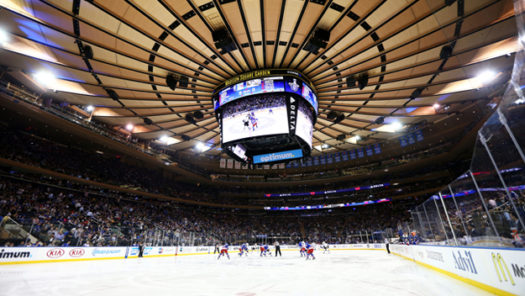 There are zero days until the New York Rangers season begins.  A long and intriguing off-season has brought about the usual combination of excitement and uncertainty that accompanies a new season in any sport.

For the Rangers, there are still plenty of questions that need answering, most of which won’t be addressed on Opening Night.  Tonight is one for clichés, fun and storylines: season debuts and first-ever goals.  Of course the game itself matters, but it’s the very beginning of a six month marathon.  If the Rangers slip up, they’ve got 81 games to right the ship.

Sure, we got a glimpse of Shattenkirk in Rangers blue during pre-season, but it was pretty clear that he (like all of the other veterans) was simply shaking off rust and mostly trying to avoid injury.  Shattenkirk’s backstory and love for the Blueshirts are well-documented, but it truly will be a special moment for the player, the club and its fans when he takes the ice.  If he ends up scoring a goal or providing a signature assist, the energy from the crowd will be electric.

Filip Chytil has fans and media buzzing after his stellar preseason.  Unlike Shattenkirk, Chytil had something to play for during training camp and earned his spot by displaying skill and hockey sense beyond his years.  Jeff Gorton and Alain Vigneault had no choice but to give Chytil a chance, and they’re clearly showing faith in the 18-year old by putting him on a line with Rick Nash and Mats Zuccarello.  Of course AV will have to fight the urge to bench Chytil whenever he makes a mistake, but that’s a discussion for another time.  It should be exciting to watch Chytil develop, and hopefully make an immediate impact on the Rangers.

Given the rate at which penalties were called during the preseason, it’s safe to assume that the Rangers will have a power play chance or six in tonight’s game.  With the addition of not only Shattenkirk but Tony DeAngelo as well, it’s reasonable to expect the Rangers to be more consistently dangerous with the man-advantage than they have been the last few seasons.  There is more than enough talent up front, and the hope is that an elite power play quarterback like Shattenkirk could turn an average unit into one that can be a game-changer.  The first power play of the season could (should?) be fun.

First goal of the season: Michael Grabner got last year’s, but I’m going with Brady Skjei this year.

Leading scorer: Mika Zibanejad will truly break out and post a 60-plus point season, pacing the Rangers.

Final record: 49-25-8, 106 points, 2nd in the Metropolitan Division.  This team is better than most people think, as the consensus seems to be that they’re a fringe playoff team.  Even in an improved Eastern Conference, the Rangers can still score (people seem to forget this, weirdly) and will get better defense (and thereby, goaltending) than they got last season.