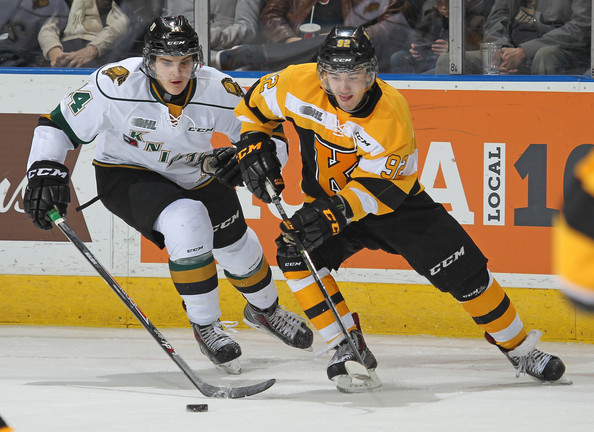 The Rangers have signed defenseman Brandon Crawley to a three year entry level contract. Crawley, taken in the fourth round of this year’s draft, was a bit of an interesting draft pick as an over-ager. However his play in camp showed he could take the next step.

At 20 years old, Crawley will help solidify a blue line in Hartford that was in dire need of some young speed. He’s not flashy, but he gets the job done with good positioning and stick work in the defensive zone. Crawley joins Neal Pionk, Alexei Bereglazov, Vince Pedrie, and Sean Day on the Hartford blue line, which makes them a strong and mobile group.