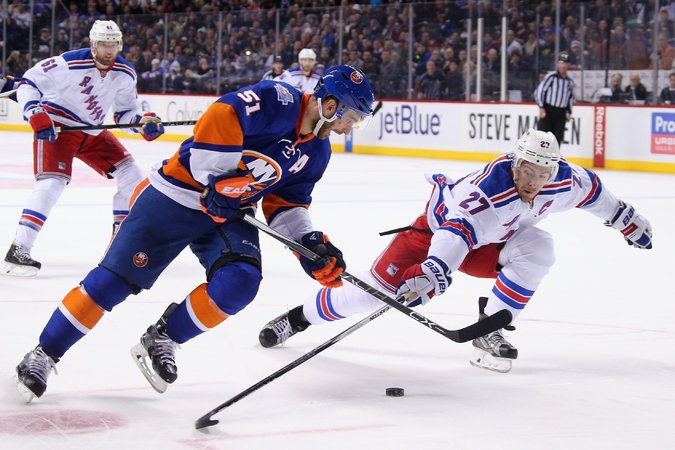 Hockey has arrived, and boy am I happy to say that. The Rangers begin their preseason tonight at home against the Islanders. There are a bunch of roster battles taking place this preseason, with the focus primarily on the bottom six and the bottom pairing. We get to see Lias Andersson tonight with Pavel Buchnevich and Michael Grabner flanking him, something we could see in the preseason. We also get to see Anthony DeAngelo tonight as the 3RD, a role he might get with Nick Holden, his partner.

Also playing tonight are Neal Pionk, Ryan Graves, and Boo Nieves. All three have an outside chance of making the club. We may see Graves-Kampfer, a pairing tonight, as the top pairing in Hartford this season, so paying attention to that chemistry will help us figure out what we have in the AHL this season.

As of the writing of this post, the Isles haven’t released their roster. But here’s who played last night. It’s safe to assume most won’t play two in a row.

Game time is 7pm on MSG. Hope you’re as pumped as I am.