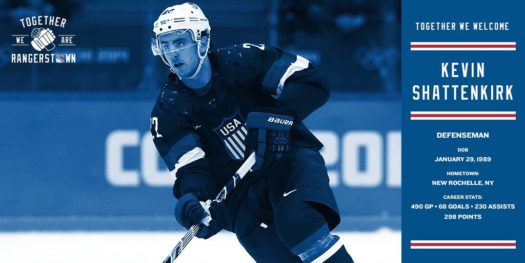 Happy Friday, BSB faithful.  Sorry to double down on the “Thoughts” and “Musings” posts this week, but it’s been a very active week in Rangerland.  The last time I wrote, it was the day before the Expansion Draft.  Obviously, quite a lot has happened since then.  So, as you can imagine, I have some thoughts.

1. Since there is a lot to analyze, let’s take this in semi-chronological order. Let’s start with the Girardi buy-out.  It had to be done.  I know it sucks carrying his cap hit for the next few years, but the Rangers really had no choice.  They needed to get younger and more mobile on the blue line and starting to clear the log-jam of overpriced veterans was the first domino.  I wish Dan all the best in Tampa, even if I gagged a little when I saw the contract.  Nice try, Yzerman.

2. In a vacuum, I don’t think losing Oscar Lindberg in the Expansion Draft was the end of the world. He was a useful player and I woud have liked to have seen him stick around, but what can you do?  Outside of that vacuum, I would like to know the process and sequence of events behind the Stepan trade, as losing him and Lindberg back-to-back basically decimated the team’s center depth.

3. Speaking of the Stepan trade, I have mixed feelings. I know many around these parts were happy to see him go for his lack of physical play and sub-par performance in the playoffs.  At the end of the day, he was a metronome player, good for 50-55 pts per year plus solid defensive zone play.  His salary was more or less commensurate with his production, it just seemed onerous due to poor financial commitments elsewhere and a stagnant salary cap.

4. Jeff Gorton chose to package Stepan with Antti Raanta in an attempt to maximize the value of the deal, which saw some mixed results. The Rangers basically traded Arizona consistency in important, difficult to fill positions.  In return, the Rangers got a high draft pick in a perceived weak class and a problematic, yet talented young defensemen.  If I’m trying to value those assets from a Monday Morning Quarterback perspective, I think the Rangers should have been able to still get the #7 pick, plus a DeAngelo without the attitude/referee abusing/homophobia issues.  It’s easy for me to say that, because that player doesn’t exist and Gorton did the best he could.  I just think those two assets weren’t fully maximized in the trade.

5. I know the Pavelec signing came first, but I’m working within a theme here, ok? The Rangers then used the savings from Stepan’s contract to sign Kevin Shattenkirk to a sweetheart deal.  Clearly, Shattenkirk had his heart set on New York from the get go and gave the Rangers significant term savings to get the deal done.  There is absolutely nothing not to like about this contract, as it gives the Rangers the top four, right handed, power play quarterback that has been a gaping hole in their lineup for years (save for when they had one in Yandle and buried him on the third pair, but I digress).

6. I know, I know, the Rangers re-signed Brendan Smith in there, too. Fine, I guess my semi-chronological order thing went completely out the window.  Sue me.  I thought the Smith deal was fine.  He was a key contributor in the playoffs and found some really phenomenal chemistry with Brady Skjei (even if they were glued to the bench while Staal and Holden were hacking and sliding their way to front row seats of game losing goals).  His AAV was a little higher than I would have liked, but reasonable term and flexibility were the real wins with this deal.

7. For some reason, Benoit Allaire fixed his eye on Ondrej Pavelec to succeed Antti Raanta as the new 30-game backup to Henrik Lundqvist. Pavelec’s on-ice performance hasn’t been as bad as the stats indicate, especially 5v5.  He has the athleticism and underlying talent to be a quality goaltender, but his technical imbalances and rumored lack of work ethic hold him back.  Another key question is how willing he will be to modify his playing style in his age 30 season.  I plan to do a more comprehensive write up on Pavelec in the coming weeks, but my initial impression: meh, there were more attractive candidates out there from where I was sitting.

8. The Rangers then brought in David Desharnais for center depth. He has fallen off the cliff a bit the last few years, but at thirty years old, he should still have something left in the tank.  If the Rangers go into the season with the former Canadien and Oiler penciled into anything other than a 4th line role, though, something has gone wrong.

9. Finally, the Rangers inked Jesper Fast to a three year extension. Fine little piece of business for a guy who provide a tremendous amount of lineup flexibility and play in almost any situation.

10. So, where does that leave us? There is a still a massive logjam on the blue line past the top four.   (Update: Klein has officially announced his retirement) There is Marc Staal, Nick Holden, Anthony DeAngelo, Alexei Bereglazov, Neal Poink and Ryan Graves all with realistic aspirations for the bottom pair.  Something has to give on that front.

11. As for the forwards, the Rangers now need a center like they need their next breath. Mika Zibanejad has filed for arbitration, so he will be back in the fold at some point, but that leaves Kevin Hayes as the 2C and Desharnais as the 3C.  If the team is serious about moving JT Miller back to center, then they need to bring in another winger for middle-six duties.  How about a reunion with the age-less wonder, Jaromir Jagr?  Wouldn’t Jagr/Miller/Buchnevich be a fun little third line?

12. I think the Rangers had to get a little worse to get a little better, if that makes sense. There was such a tremendous imbalance between the quality of the forwards and defense last season, that we are seeing that balance out a bit.  The forward depth needs to be re-stocked, but the blue line is worlds better than last season.  There is, however, still more work to be done.

13. Two little minor notes: I liked the moves to bring in Paul Carey and Cole Schneider in an attempt to make the Wolf Pack tolerable next season. Not a huge fan of the Ruff hire, as he is an old school coach with old school ideas.  However, if he is on board with the front office’s vision, he could use his influence to keep AV from getting too attached to mediocre veterans.  Probably not, but if you can’t be optimistic in the off-season, when can you be?

How are you all feeling about the offseason so far?  Any moves you would like to see the team make before training camp?  Sound off in the comments below.