Should the Rangers re-sign Brendan Smith, or trade for Jonas Brodin/Matt Dumba? 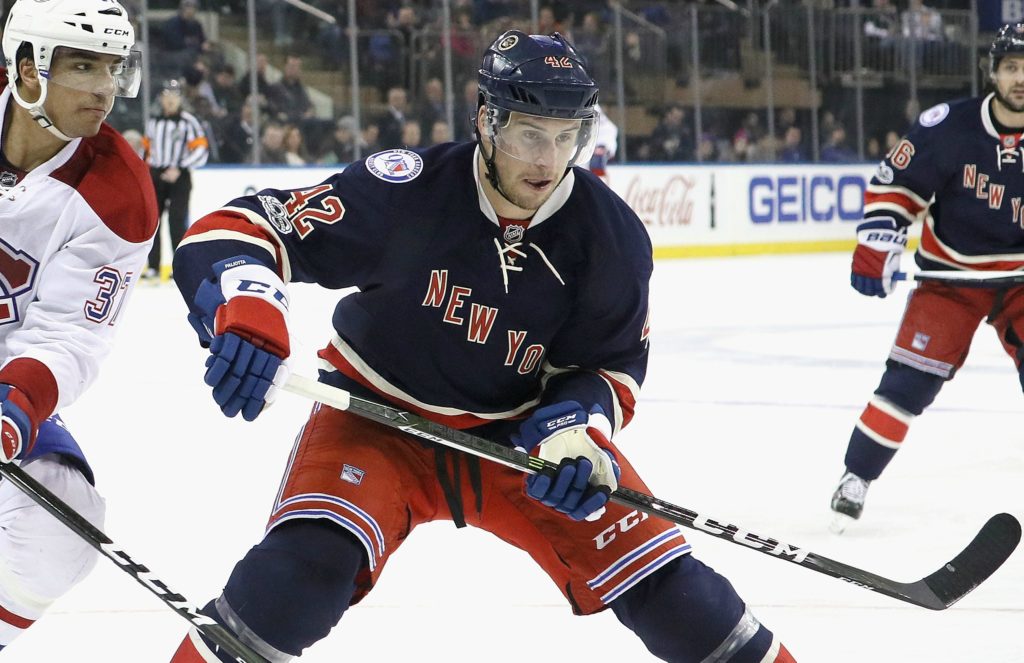 One of the under publicized storylines of the offseason is what the Rangers plan on doing with Brendan Smith. Smith, acquired at the trade deadline last season, was a solid if unspectacular player for the Rangers down the stretch. He was certainly one of the top three defensemen on the team, and was a rock in the playoffs.

Smith is an interesting player. As a UFA defenseman capable of playing the right side, he’s in high demand. But without a solid scoring line or a reputation as a “shut down defender,” his contributions are tough to measure using traditional methods. What we do know is that Smith is a solid skater who is good in his own end. He has good positioning and doesn’t leave people open in front to deliver a hit. He also doesn’t snow angel often.

We already went through what a potential Smith contract might look like, and it is certainly something the Rangers can afford. In fact, you can argue that for a top-four defenseman with underlying numbers, it’s probably a bargain. When you weigh in what the Rangers might be considering from Minnesota in the Derek Stepan rumors, then it’s easily the better choice. 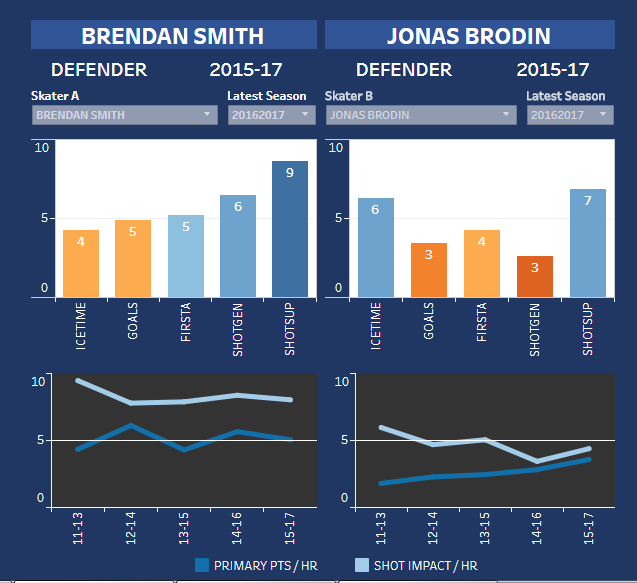 Above is how Smith compares to Jonas Brodin, who is the hot ticket rumor in any Stepan trade. The numbers I want to focus on are the two right-most bars, for shot generation and shot suppression. Both players put up roughly the same scoring –Brodin had a breakout year offensively last year, but it’s unclear if he can continue that– so you want them to have high marks in generating shots for the good guys and limiting shots against for the bad guys. 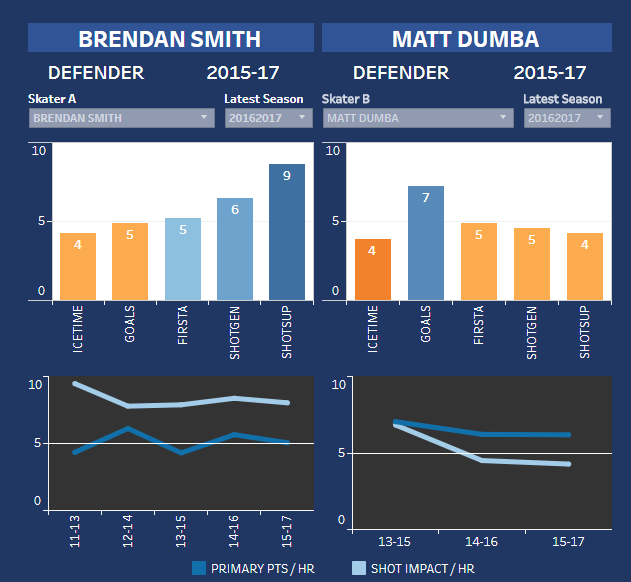 Matt Dumba is the other desired piece in Minnesota, and I have to admit the more I research him, the more underwhelmed I am. Dumba had a sexy scoring line this year, at 11-23-34. But the folks I’ve spoken to in Minnesota have said that he is a bit of a train wreck in his own zone. The numbers above support it. His shot generation and suppression numbers just aren’t good.

Food for thought on Dumba: Nick Holden had an identical 11-23-34 line this year, and we’ve seen his issues in the defensive zone. Definitely unrelated, just a coincidence I found to be intriguing. But based on what I’ve heard/seen/researched, it appears they could be similar players. (UPDATE: See below for Dumba/Holden comparison). 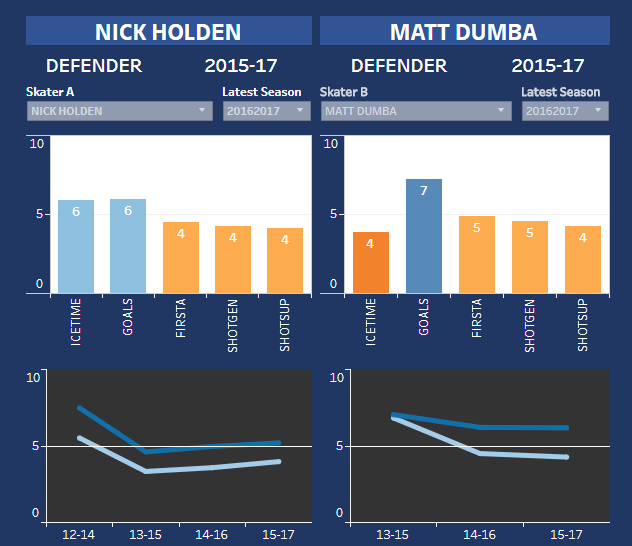 So when it comes to Smith, Brodin, or Dumba, it’s a question about which player pushes the Rangers forward this season and in the future. Smith is 28 years old, so he’s no senior citizen, but he’s not as young as Dumba or Brodin. Smith also doesn’t cost anything in a trade, just money. I’d argue that Smith is the best bet, and if Stepan is to be traded, it be for someone like Jacob Trouba. But that’s just my opinion.